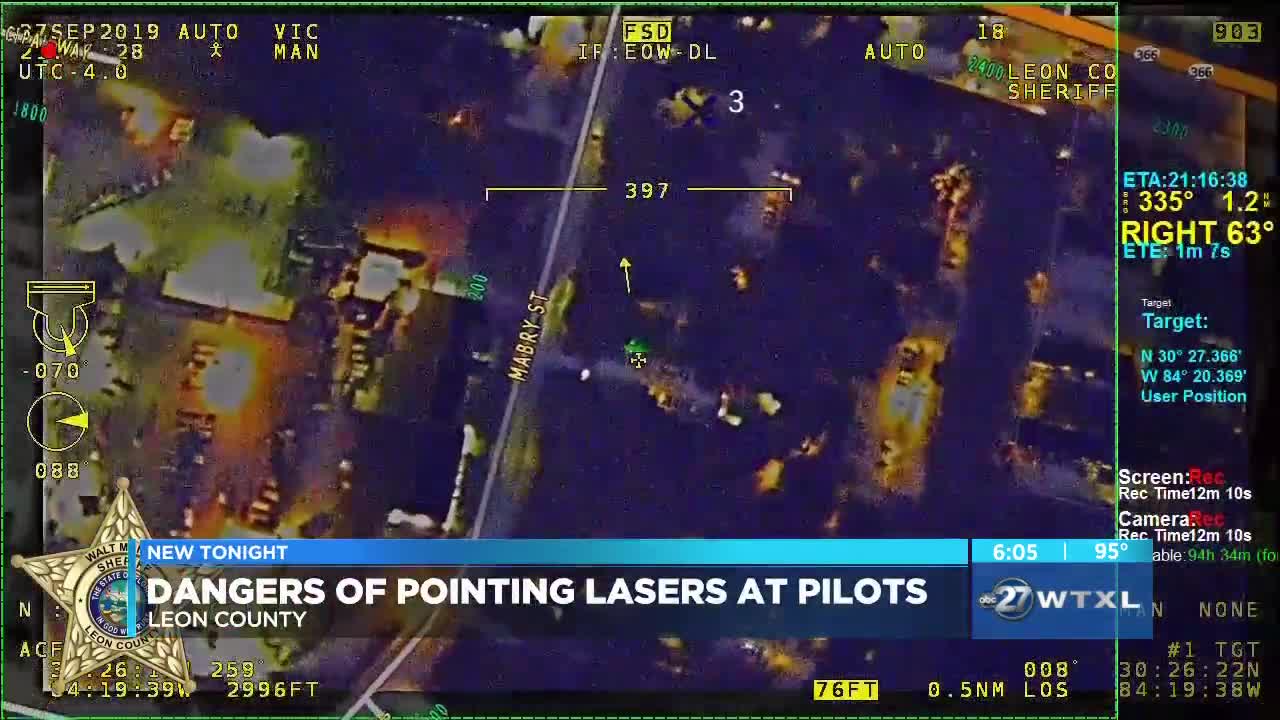 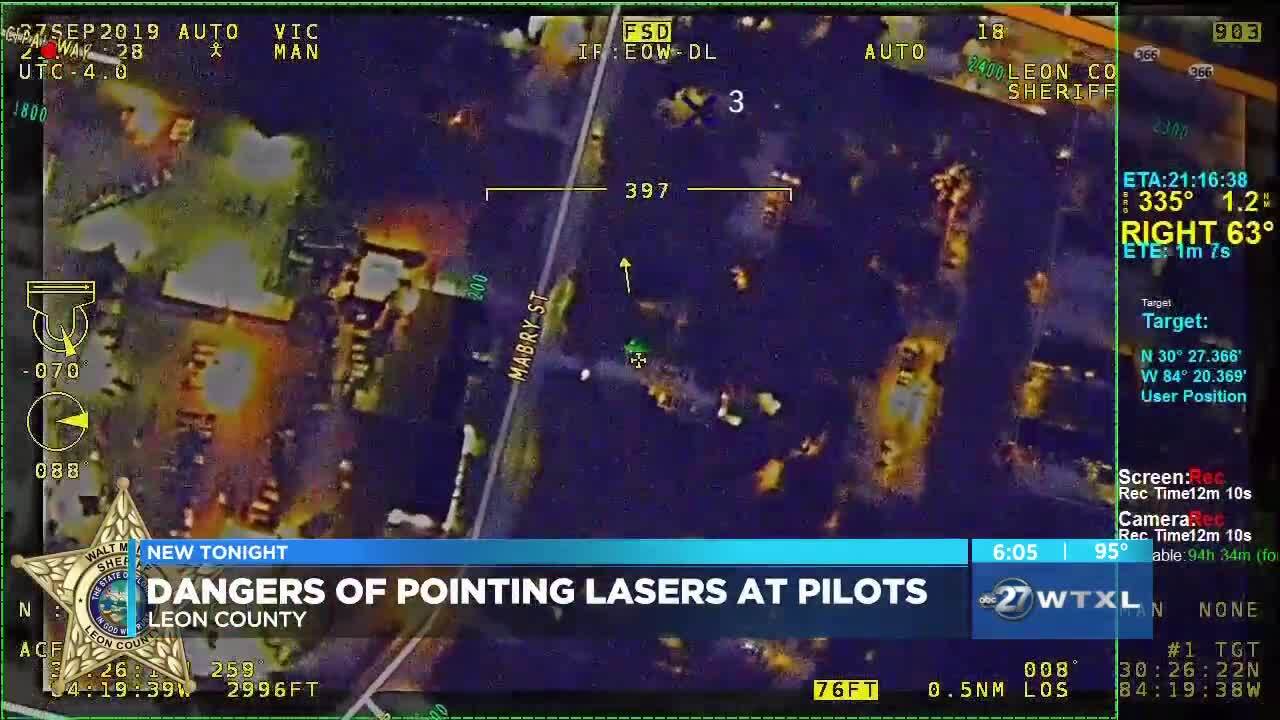 LEON COUNTY, Fla. — A crime caught on camera. A video from the Leon County Sheriff's Office shows someone pointing a laser at their aviation unit.

Now LCSO is reminding people how dangerous this action can be. The lasers can damage the eyesight of pilots and could cause a crash that could impact people on the ground.

The video was taken after the pilots were trying to locate a suspect. Then you see someone pointing a laser at the pilots from their home.

Deputy Dave Teems says these lights are not only distracting but can be life-threatening.

"These are so dangerous because not only are they distracting to the pilot and co-pilot that are one trying to help the community but also trying to work extremely sensitive equipment that if they hit it the wrong way or something happens that they could crash that and potentially hurt or kill themselves or somebody in the path that it lands," said Teems.

If you are found pointing a laser device at an aircraft of any type, you can face up to 15 years in prison.

So the next time you want to have fun with a laser, save it for your pet and not someone trying to do their job.