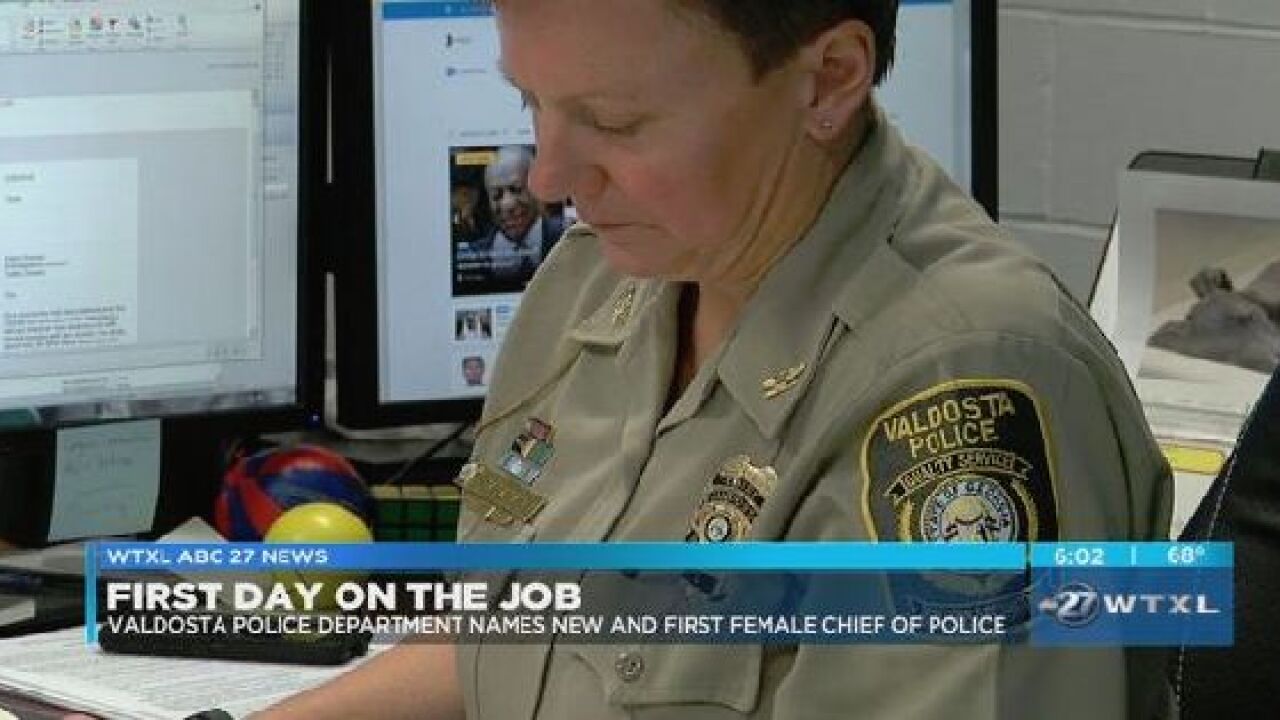 WTXL ABC 27's Blake Levine got to sit down with the new Chief on her first day to discuss the responsibilities that come with the new title.

As the calendar page turns, so does the leadership at the Valdosta Police Department, welcoming their new Chief of Police and first female Chief, Leslie Manahan.

"It's just experience for me words really don't describe what's going through me today," said Manahan.

Manahan was hired in 1997 as a patrol officer working her way up through the ranks. But being the first female is nothing new to Manahan.

She also was the first female to be commander in the Department of Investigation at the Valdosta Police Department.

With all of this, Manahan says she is all about getting the job done.

"I never really think about it as being be first female because I have just been here my entire career," said Manahan.

One of Chief Manahan's co-workers says the city was smart to pick someone who understands the different divisions within the department.

"She has always been very much a down to earth, let's get the job done type of worker and very much a not afraid to get her uniform dirty if we aren't getting the job done," said Lt. Adam Bembry of the Valdosta Police Department.

With a new Chief of Police, more changes could be in the horizon, but Manahan says one of her biggest priorities is to improve something the force has already been working on.

"We got community relations right now and we always have. I want to continue on that," said Manahan. "I want continue getting out in the community and being seen more."

Manahan has held eight different titles since joining the force in 1997.

She succeeds Brian Childress, who retired in 2018 after five years of service.