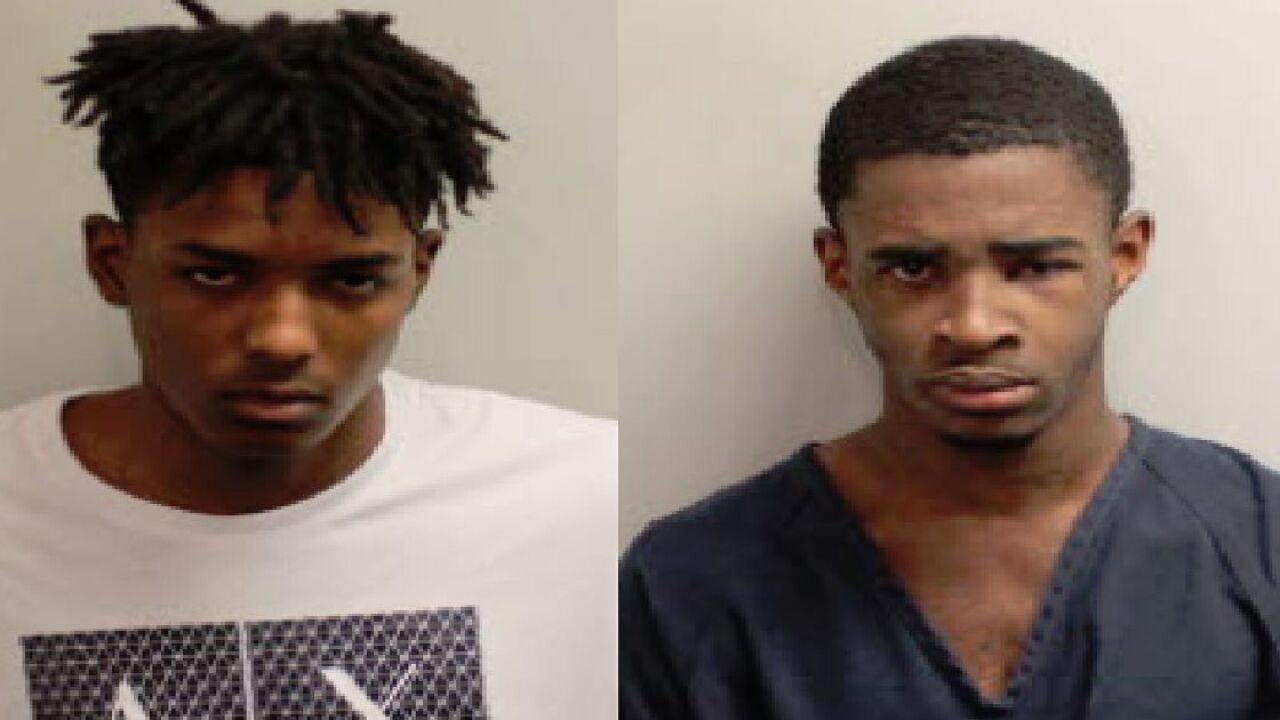 TALLAHASSEE, Fla. (WTXL) — Arrest documents are revealing how a plan to commit an armed robbery during a drug deal turned into a fatal shootout on Old Bainbridge Road.

On Feb. 25, the Tallahassee Police Department responded to Monterey Apartments in the 2300 block of Old Bainbridge Road. When they arrived, court documents say a victim was found dead in the parking of a nearby day care.

Police then spoke to a male witness in a nearby apartment complex who said that he had been with the victim when the shooting occurred.

The witness said the victim, he and 19-year-old Xavier Coachman were together when the victim used the witness' cellphone to arrange a drug deal. Investigators say the witness presented these messages to responding officers.

According to the witness, before the drug deal was arranged, the victim "had discussed his desire to commit a robbery." Both the witness and Coachman denied knowing that a robbery was set to take place during the drug deal.

When the trio arrived at the apartment complex, the man and Coachman told investigators that they met with an "unknown subject." During the transaction, the witness said the victim ended up exchanging gunfire with the unknown person while Coachman claimed that he didn't witness the shooting.

Court documents say both the witness and Coachman fled the scene in a car while the victim tried to run away. Police say the victim later died from the gunshot wounds he sustained as he ran.

Video surveillance obtained by investigators showed that the witness drove the car into a neighboring apartment complex where Coachman got out the car and ran into the woods to the south. Coachman later returned to the parking lot where he spoke with another unidentified person.

Coachmen was then caught on camera going with the unidentified person to a specific apartment in the complex.

Documents say investigators later searched that apartment and found the clothing the Coachman was seen wearing on the surveillance footage. No guns were found inside the apartment.

During an interview, Coachman admitted to investigators that while he and the witness were driving away from the shooting, he grabbed a handgun that was in the front seat of the car. He told police that when they arrived at the neighboring complex, he ran into the woods to hide the gun then ran to where the victim lay.

There, Coachman "observed that the victim had been shot and was likely deceased." He stated that he grabbed the gun the victim had, then returned to the parking lot at the neighboring complex where he met the unidentified person.

According to an arrest document, "When asked why he allowed the handgun to be discarded, [Coachman] said, 'I just knew I had to get rid of it.'" Investigators say Coachman maintained that he got rid of his clothes at the suggestion of the unidentified person.

Based on the evidence, Coachman was arrested on Tuesday and charged with tampering with evidence and possession of a weapon by a convicted felon. He was later charged with second degree murder.

Police say, "due to their involvement in the robbery that led the victim's death, Smith and Coachman were both charged with murder." Their bond has been set at $25,000 each for the homicide charges.

It is unclear where authorities are in their investigation into the person who actually shot the victim.