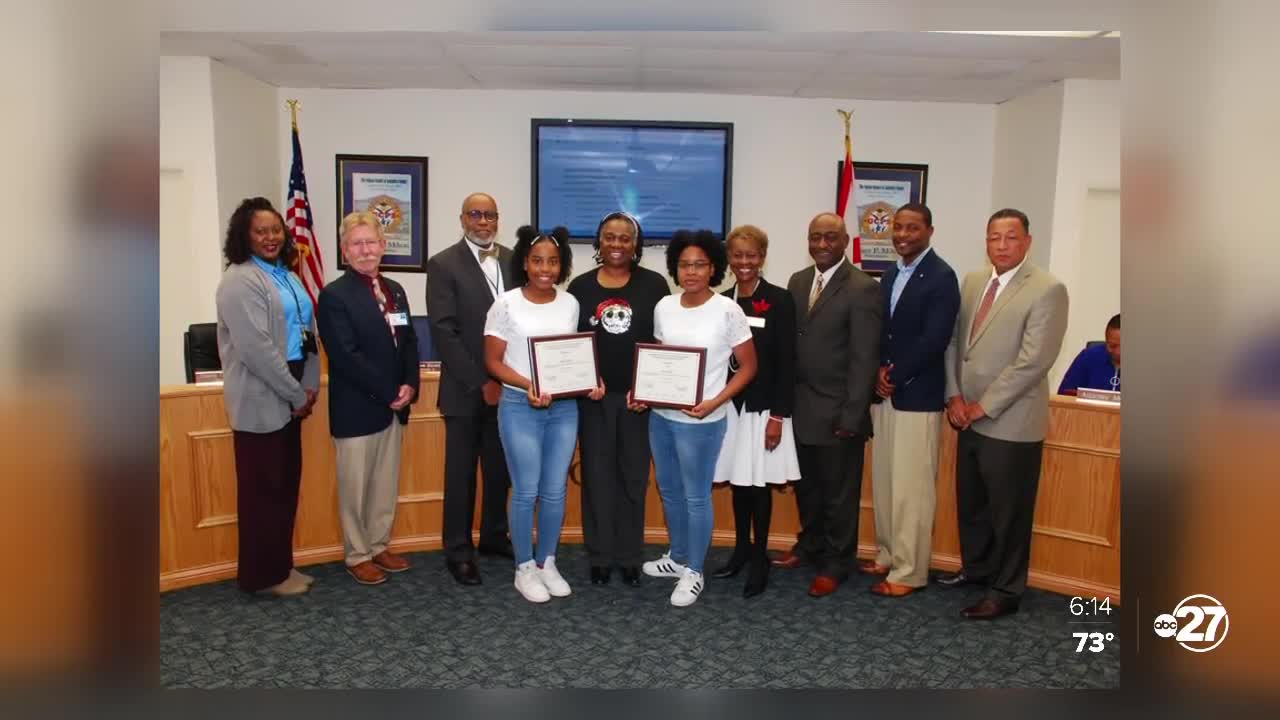 Two teens are making history in the Gadsden County School system and they just happen to be twins.

GADSDEN COUNTY, Fla. (WTXL) — Two teens are making history in the Gadsden County School system and they just happen to be twins.

It's hard to tell Aliza and Aliya Hutley apart but they have more in common than just looks. The twins got the highest AS-VAB scores in the history of Gadsden County High School.

AS-VAB stands for the Armed Services Vocational Aptitude Battery. it's a multiple-choice test to identify which Army jobs the test taker is best suited for. Both girls scored 83 out of 100.

Originally born in Hawaii, the girls moved to Gadsden County in kindergarten and have been straight A students ever since.

They say preparation attributes for about 50 percent of their success. The rest comes from support of their family and school.

"When you have a support teams such as the one at our school, they give you that push you need to excel," said Aliza and Aliya. "They believe in you more than you believe in yourself at times... and that's the beauty of Gadsden County."

Duel enrolled at Tallahassee Community College they also take college courses and have a 4.0 GPA.

So does being twins give them an edge when it comes to getting good grades?

"Being twins, we can help each other grasp the concept of what we are learning a little easier," said Aliza.

The Hutley's hard work, dedication and positive attitudes are an inspiration to many at the school.

"I think because of their drive and their competitiveness and how they excel it inspires the other students around them to try even harder," said Gadsden County High School Principal Pamela Jones.

And the Hutley's advice for fellow students who may be struggling with their grades:

"There's always help, for those that seek it," said Aliya.

"Well, I think that wraps everything up," said Aliza.

Aliya wants to be a robotic engineer scientist and Aliza wants to be a chemical engineer. Aliza also scored 1200 on her PSAT which qualifies her for National Merit Recognition.