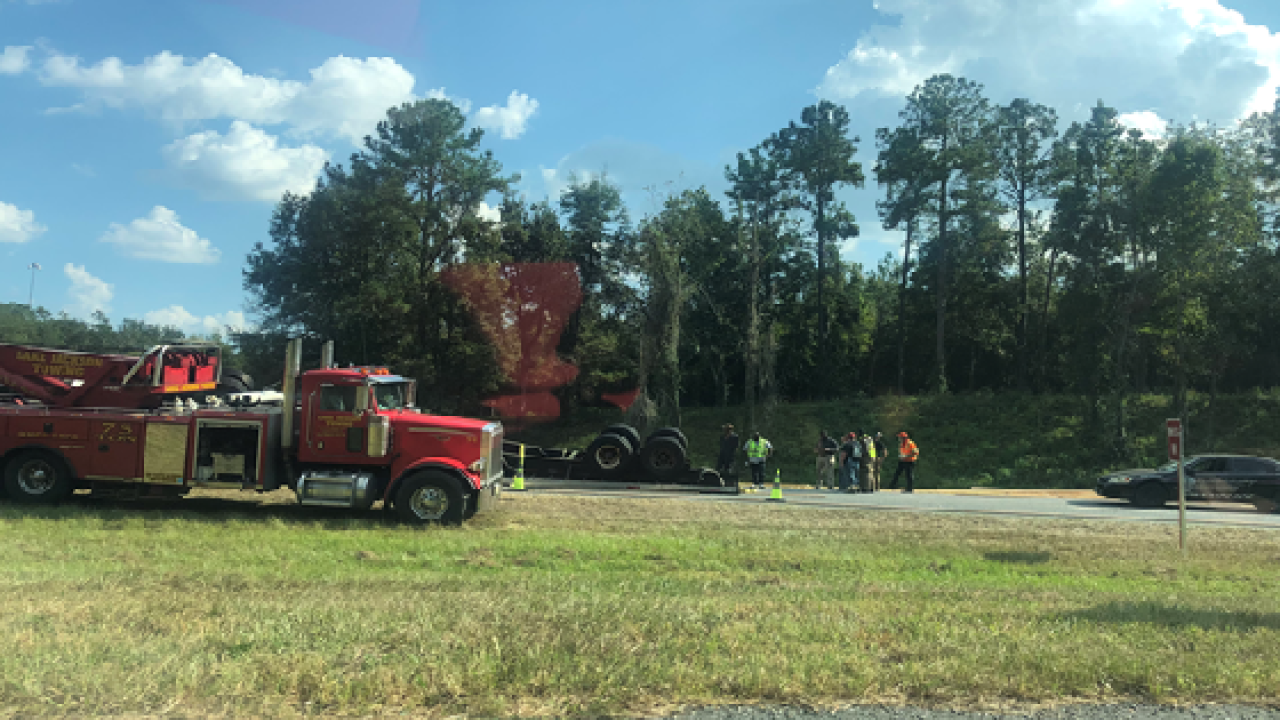 MIDWAY, Fla. — A Tallahassee man suffered serious injuries after he overturned his semi-truck that was pulling lumber on the Midway exit on I-10.

According to the Florida Highway Patrol, the accident happened at about 3:27 p.m. Friday on the Midway exit ramp on I-10 eastbound.

FHP says the semi pulling a flatbed trailer hauling lumber was traveling east on I-10 and had traveled onto the eastbound exit ramp towards US 90.

FHP stated the driver of the semi failed to negotiate a curve, causing the semi and trailer to overturn on its side. That ultimately caused the lumber to fall off the trailer and onto the exit ramp and right hand shoulder.

The exit ramp was closed for approximately two hours while cleanup and tow removal occurred, but has since reopened.

The driver of the semi was taken to Capital Regional Medical Center with serious injuries.

FHP says he's being charged with violation of right of way.


The Florida Highway Patrol is on scene of a vehicle accident with injuries near the Midway exit ramp on I-10 eastbound.

According to FHP, the accident took place at about 2:38 p.m. Friday.

FHP is reporting injuries and are urging drivers to use caution as they approach the Midway exit.

At this time, we don't know how many vehicles were involved or the extent of the injuries.

We will update this story as we learn more information.