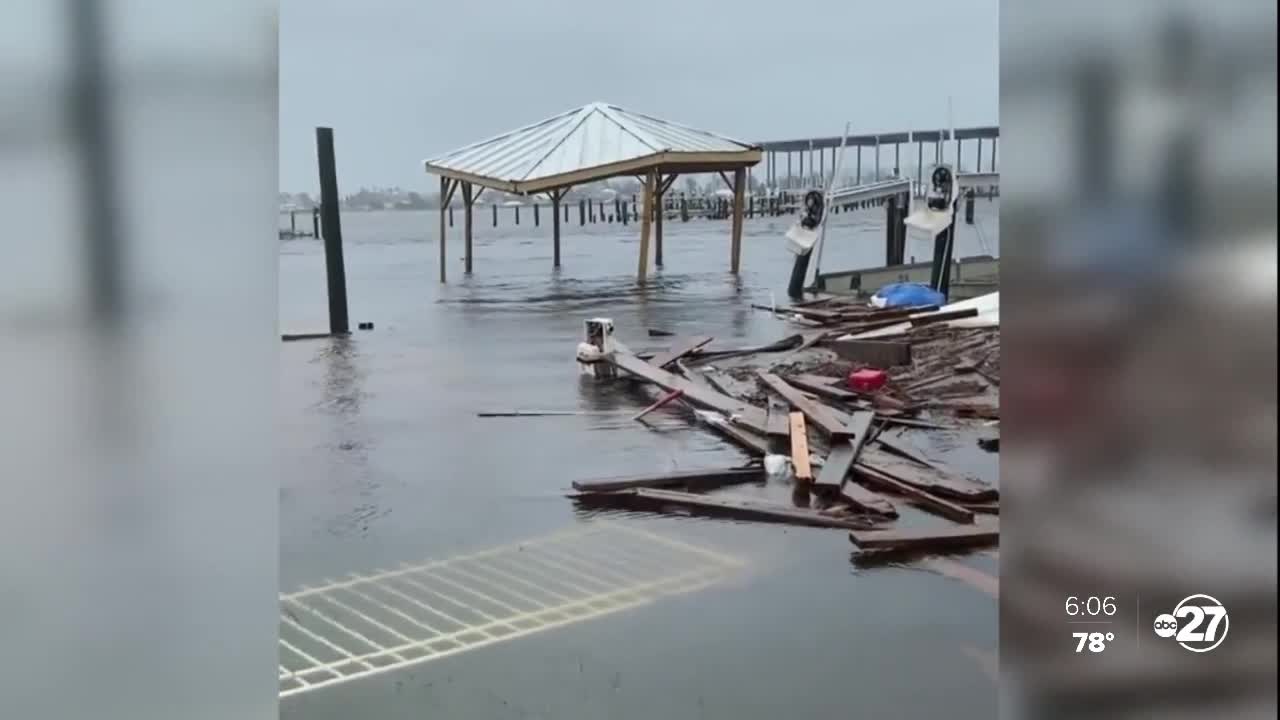 FRANKLIN COUNTY, Fla. (WTXL) — While the weather hasn't been too strong in Carrabelle, many people are hunkering down, bracing for more storms similar to what they felt Tuesday night.

"It was an interesting night for a 76-year-old, a 71-year-old, and a dog named Louie," said Jack Story, who is visiting the area.

As the wind picked up and rain rushed down, it became a sleepless night for the travelers.

"We had 200 square feet down at coastline Eastpoint," Story said. "Man, I tell you that RV was rocking and rolling. Those winds were treacherous. Of course, they've been bad for four days."

Story, his wife, and their dog Louie hit the road first chance they got.

"We got up early this morning and took off and went to Tallahassee and Crawfordville," said Story. "But it was a tough night."

It isn't only people traveling on wheels running from the storm. Boaters are moving onto land as well.

"If it's a transient, somebody on a boat and there's a storm, it'll push them in to find a safe place and sometimes it'll push them out and they'll keep going because it's unpredictable at a certain point," Jennifer Miliender said.

Any other day, steps lead to the dock leading and boats, but the tide is currently so high the wood underneath the water can't be seen.

Moorings at Carrabelle Marina and Hotel now giving boaters and other travelers a place to wait out the storm.

"We do have a few people passing through, getting a couple of nights because they don't want to be on the road," said Miliender.

For those passing through, it's a waiting game.

"If it gets worse, doesn't get better any time soon, then I'm going to see my sister over in Lakeland, Florida," Story said.

For many of the boaters coming out to check on their boats, they say they're just happy the boats haven't received any damage in this area.