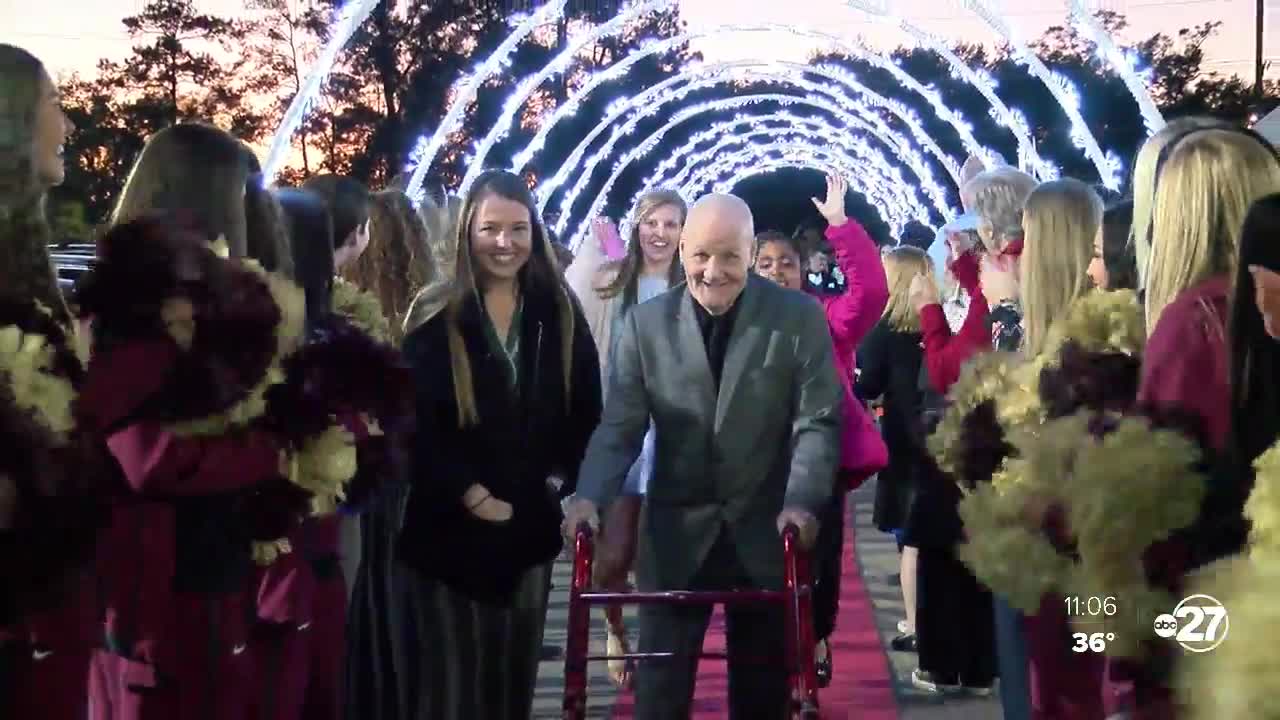 But Tebow says Friday night wasn't about him.

" I like Tebow he's a good football player at the Gators Hall of Fame," said David Yambar.

David Yambar came to a night to shine for fun he never thought he would get a chance to see his idol.

"We crown you as the King or the Queen of the Prom," said Tebow.

But on Friday night David saw his dream become a reality.

"A Night to Shine" is a prom for special needs adults, and kids and their families.

It's put on by the Tim Tebow Foundation.

Locally, the Genesis Church played a role in putting smiles on many faces.

"They did my hair I got a clip I had good a good time and I'm so excited...WOOH," said Victoria Mickinney.

Appearances from FAMU's Marching 100 and FSU cheerleaders pumped up the crowd.

"It's so special and I love it... it's truly the most special night of the year," said Tebow.

And it meant everything to Jonathan Faris who says even though he's a seminole, seeing the football legend made his night.

"This has topped it off I'm pretty impressed."

But David has one more request for Tim Tebow.

"Tebow I hope you go back to the Gator we need you back," said David.

A beautiful ending for Night to Shine's Kings and Queens.

721 churches participate from all over the world.

Genesis Church says for 6 years they've put this on and this is the first time he's come so it was a special moment for them as well.

ABC 27's Abbey Maurer was the host of this special event.