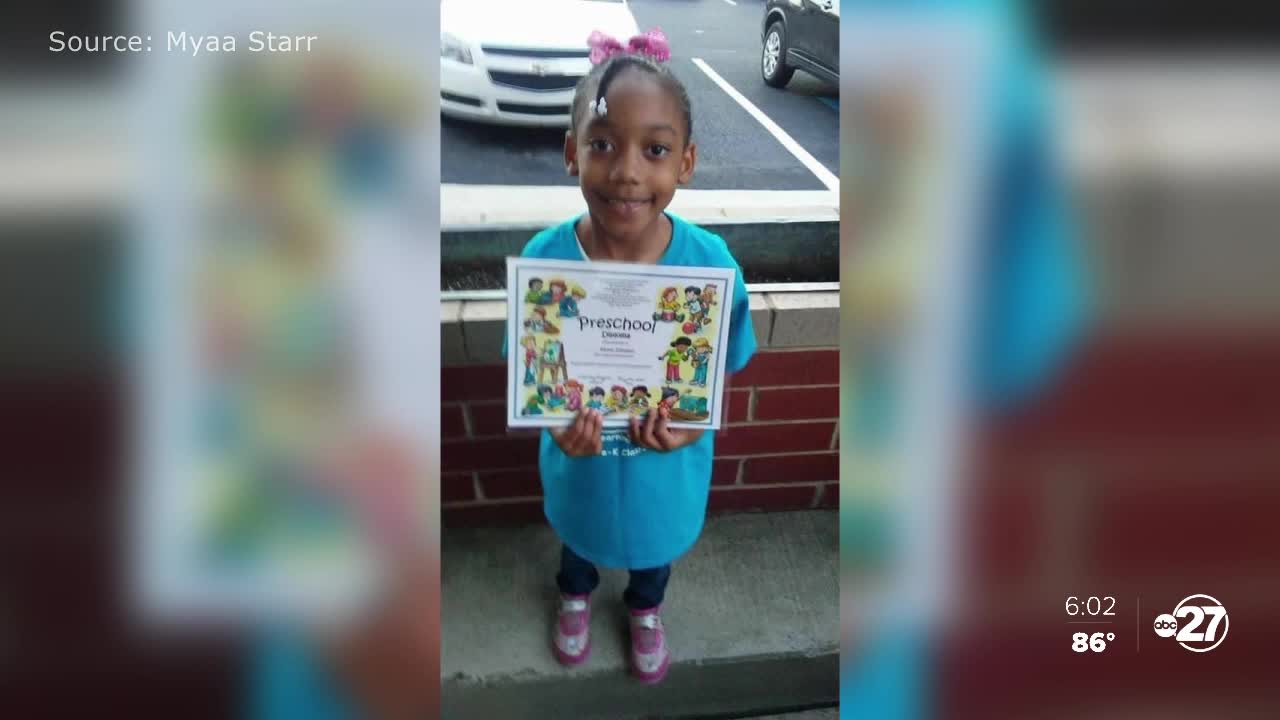 Yellow tape blocks the entrance to the apartment where the stabbing of 9-year-old Alazie Johnson happened.

TIFTON, Ga. (WTXL) — Yellow tape blocks the entrance to the apartment where the stabbing of 9-year-old Alazie Johnson happened.

Right beside that yellow tape are balloons and teddy bears in Alazie "Allie" Johnson's memory.

The Georgia Bureau of Investigation has been there since Tuesday morning when she was killed.

On Wednesday they were back out in the neighborhood, going through trash cans and interviewing neighbors in search of answers.

So far very little details have been released in this investigation.

As the community rallies behind the family Allie's mother, Tegina Brown is pleading for answers in her daughter's death.

"I just pray that police find him and he gets what he deserves for taking a beautiful talented child away," said Brown.

Brown says she was not home when the attack happened.

"No idea who he is but I know he's out there and I want him found badly," Brown said.

While she does reference a "he" in her interview GBI has not released any suspect information.

"All I know is some monster took my princess from me and I can't get her back even though I want her back so bad," said Brown.

With her mother by her side, Harmonii Dixon talked about losing her friend.

She says she put on some of Allie's clothes after hearing the news and has not taken them off.

"I miss her very much," Harmonii Dixon said.

The community is shaken and a mother is mourning and waiting for closure.

"Everybody has been praying, trying to get answers, cooperating with the law," said Fatima Bond, a neighbor.

Neighbors are holding an impromptu parade in Allie's memory.

The neighbor leading that parade says while it's their way of showing respect it's also a way to perhaps inspire someone with information to come forward.

Agents and investigators are soliciting the public’s help for assistance with this case.