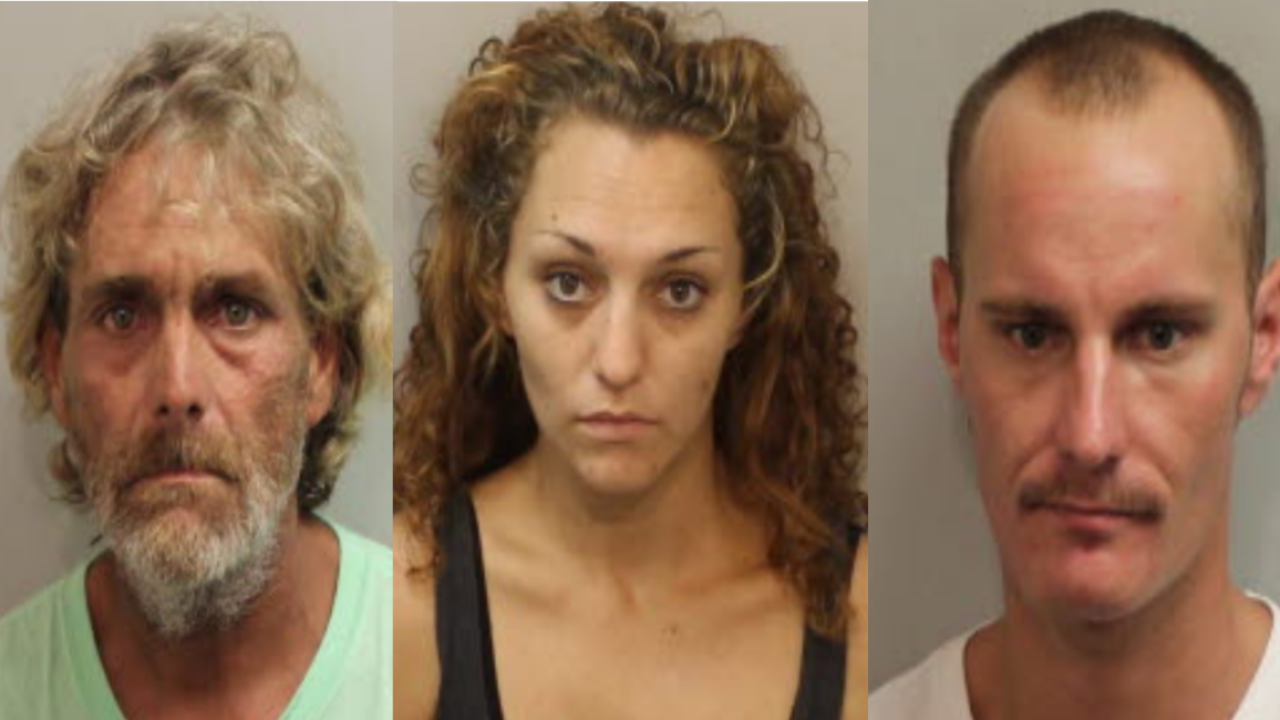 The Tallahassee Police Department's COPPS squad were conducting proactive patrol in the area of Mission Road and West Tharpe Street on Friday evening.

While patrolling the area, officers conducted a traffic stop on a vehicle for running a red light and made contact with the three occupants of the vehicle.

During their interaction with the occupants of the vehicle, officers discovered that two of them had warrants from Mobile County, Alabama for several counts of drug and burglary charges.

Officers then established probable cause to conduct a search of the vehicle.

During the investigation, officers discovered meth and Clonazepam pills with no prescription along with drug paraphernalia.

All three suspects were arrested and transported to the Leon County Detention Facility.

The suspects charges are listed below:

(2 counts) Possession of a Controlled Substance pursuant to Florida Statute 893.13(6)(a).

(2 counts) Out of State Warrants for Burglary pursuant to Florida State Statute 941.02.