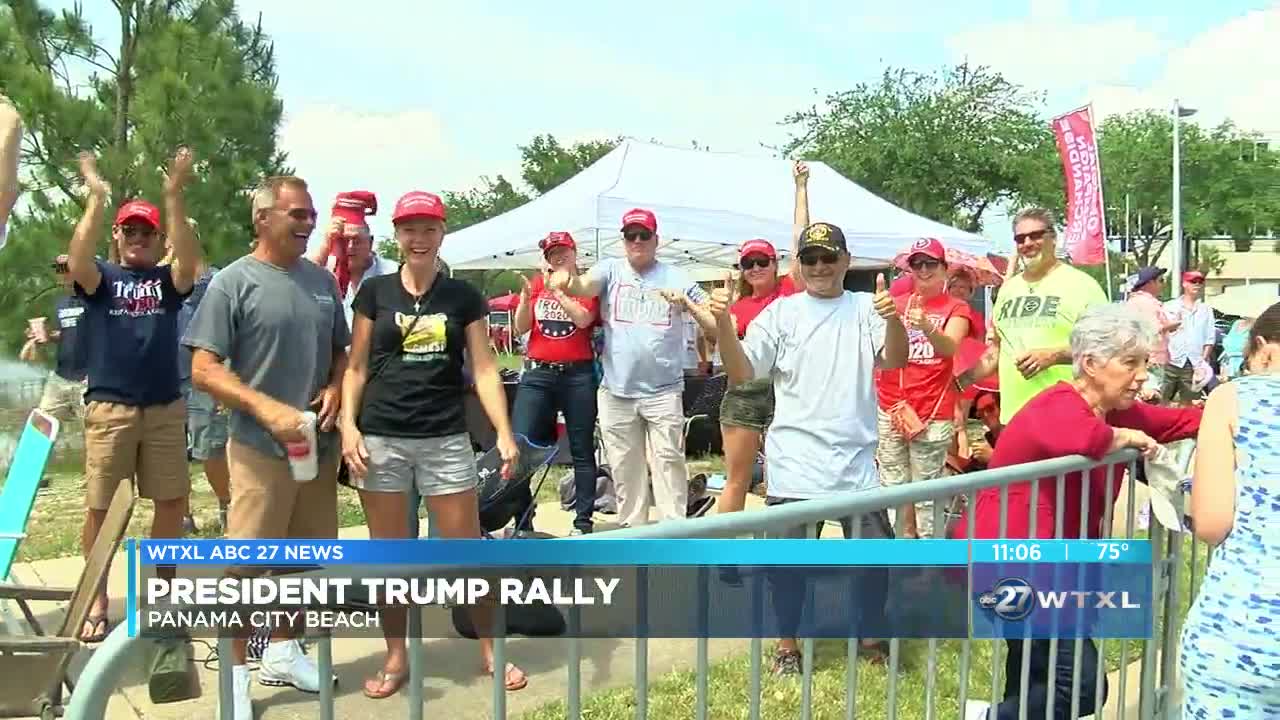 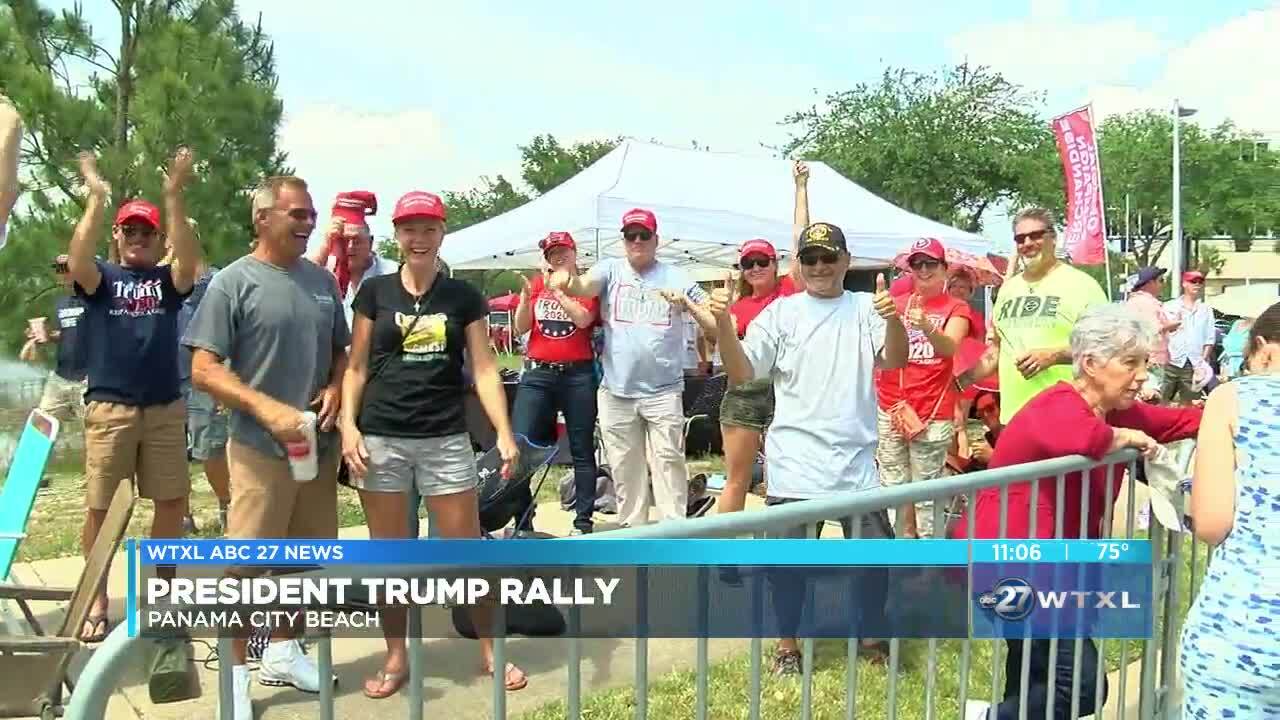 BAY COUNTY, Fla. (WTXL) — Thousands of people all in one place for the same reason to support President Trump at his re-election rally held Wednesday in Panama City Beach.

"If I could give a shout out to our President, as you can see the love and support sir, we're here for you side by side. We'll walk by you side by side and we love you and we thank you for the job you do," said Jene Hubert.

Jene Hubert's came to the Panama City Beach rally making it the 15th one he's been to.

He camped out overnight to be in the front row for Trump's speech.

"Because the President is the man of the people and that's why we're winning today," said Hubert.

It's the same city President Trump visited the week after Hurricane Michael devastated the area and those who live here are looking forward to the help he is offering.

"We need our Tyndall Base up and going. Tourists feeds our table, it gives us our income. And Panama City is so sad, we need people to come back but there's no housing,"said Stacie Kimmell .

Many who live in Panama City saying the same thing, the area needs attention.

"Go to a restaurant now and you can't get in. You're there for a few hours now, even McDonalds, because no one is here to work. So we've got to get it fixed. We've got plenty of work but there's no housing," said Robin Parter.

Despite concerns on what the next steps are, thousands came out to support Trump at the rally.

With no protesters in sight, the President was able to focus on his message congratulating Florida and its elected leaders on the progress they've made.

And promises of aid that's on the way.