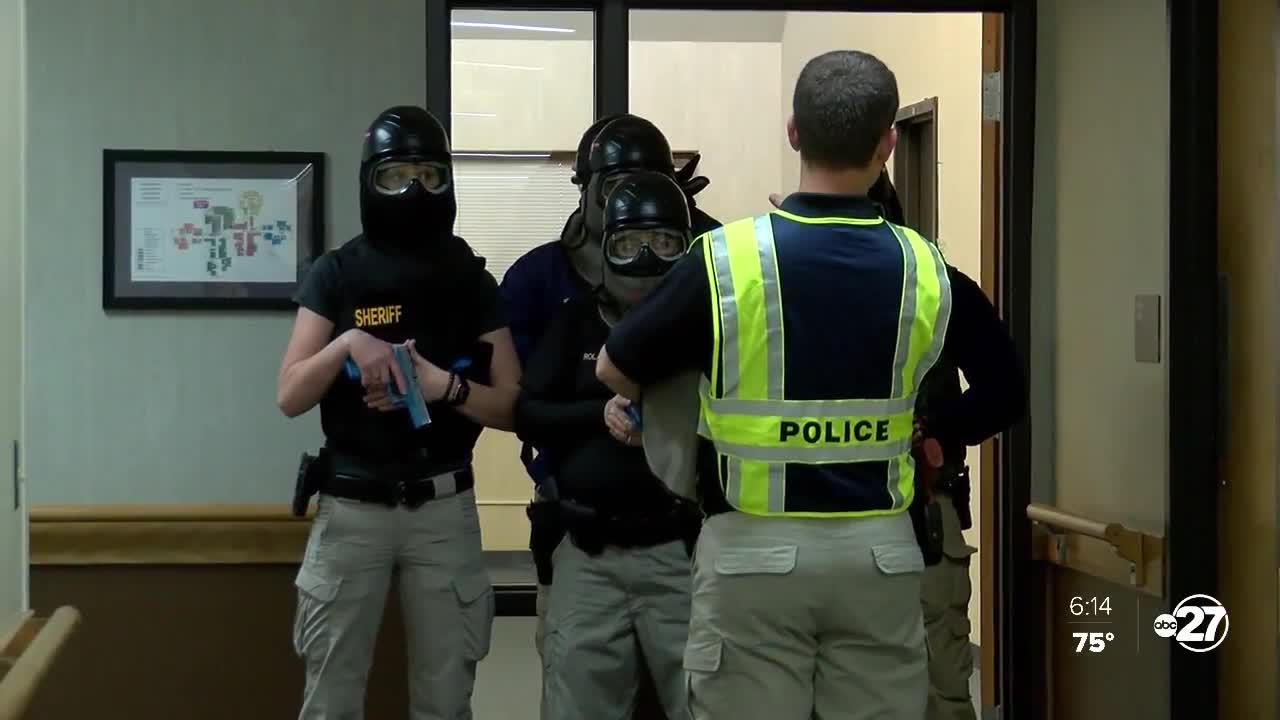 A push to increase safety: Thomasville Police are working to stop active shooter situations before they happen.

THOMASVILLE, Ga. (WTXL) — A push to increase safety: Thomasville Police are working to stop active shooter situations before they happen. All week, the police department is training on how to best subdue any active shooter threat.

"It's a very scary time for our world right now," said April Fletcher, the owner of Ally B Boutique.

Keeping an eye on what's going on in and around her store is now a daily habit.

"You do want to be proactive on these things and be aware of what's going on, aware of the individuals you may encounter in your business," Fletcher explained.

Being proactive is something the Thomasville Police Department is taking seriously.

This week, Thomasville Police along with deputies from the Grady County Sheriff's Office are training on how to handle an active shooter situation.

New and veteran officers will spend a total of 16 hours this week learning and acting out different shooter response and recovery tactics. Compared to training in the past, officers are putting in extra hours this year to make sure the community stays safe.

Major Glover says he's very proud of the men and women in training.

"I'm very pleased with their attitude and their commitment not only to themselves but to the community," said Major Glover.

In the past year, there hasn't been any active shooter situations in Thomasville. Despite that, Major Glover is always on alert.

"If you come here, we are not going to accept that," Major Glover asserted. "We will kill you as fast as you try to come in and kill our people."

Major Glover advises that you have an action plan ready-- in case of an active shooter situation. He says on average, it will take up to three minutes for officers to arrive on the scene.