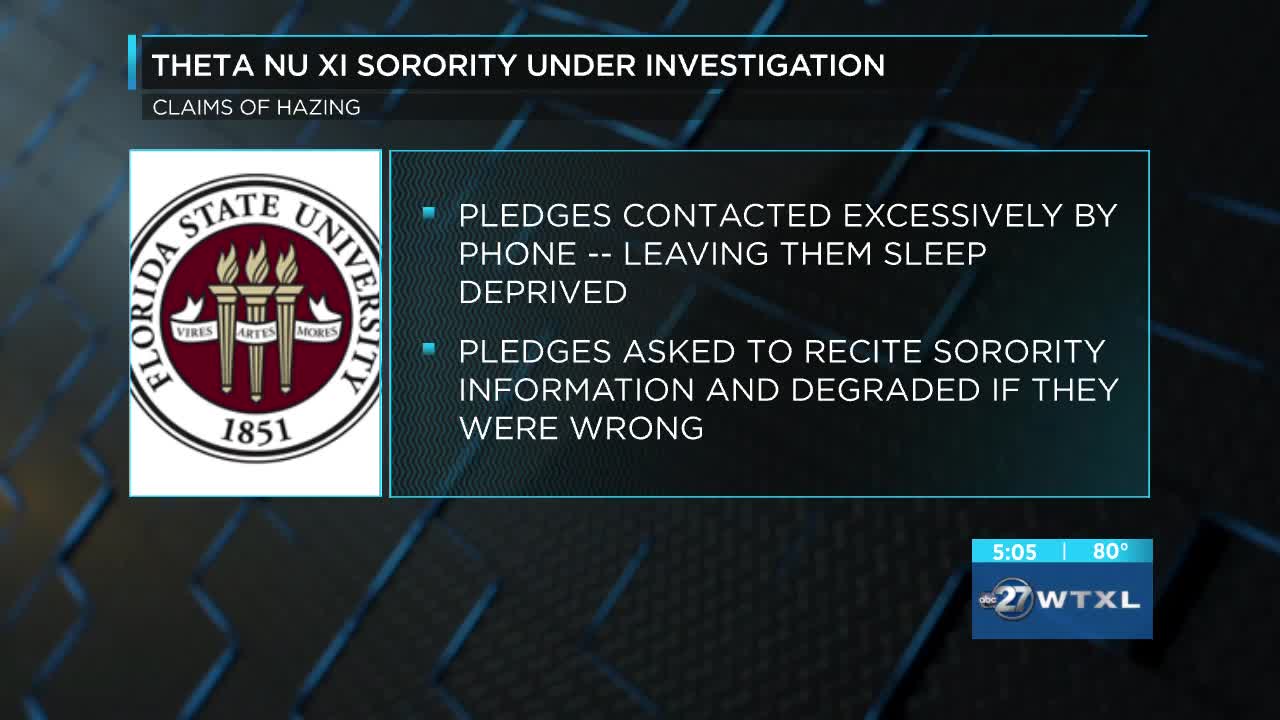 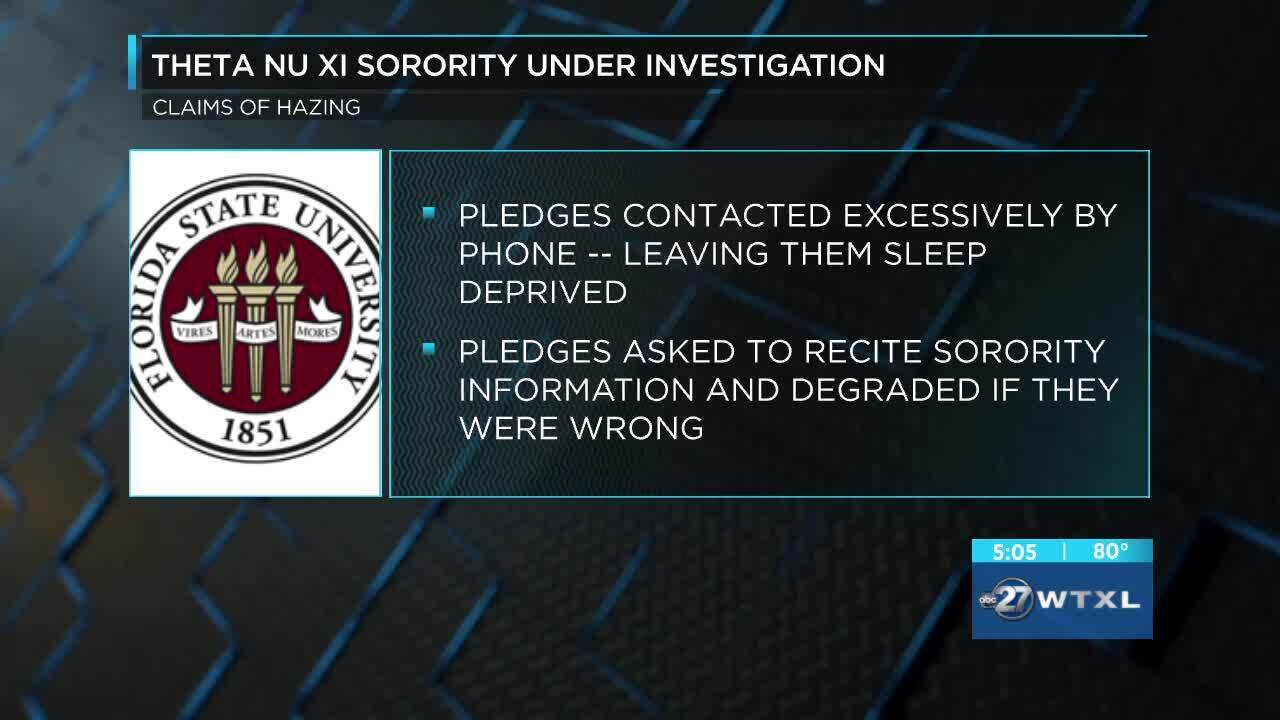 TALLAHASSEE, Fla. — A Florida State University sorority is under investigation connected to hazing.

Theta Nu Xi is charged with violating the student organization code of conduct.

In a letter to the organization, FSU says members contacted pledges cell phones excessively in a rapid, successive manner, which deprived them of sleep.

It also says pledges were asked to recite information about the sorority and if they did not know the information they were "verbally degraded."

The university says those actions are "unreasonable disruption of peace and sleep."

This is just the most recent sorority to be in trouble connected to hazing.

In October, the fraternity Delta Tau Delta was suspended by its national office. That suspension was upheld by FSU's Office of Student Affairs.

Phi Kappa Tau, another fraternity on the Seminoles' campus, has also been in trouble with the university.

This past spring, FSU notified the national headquarters that the organization was not complying with the University Student Organization Conduct Code. Some of the alleged violations included hazing.