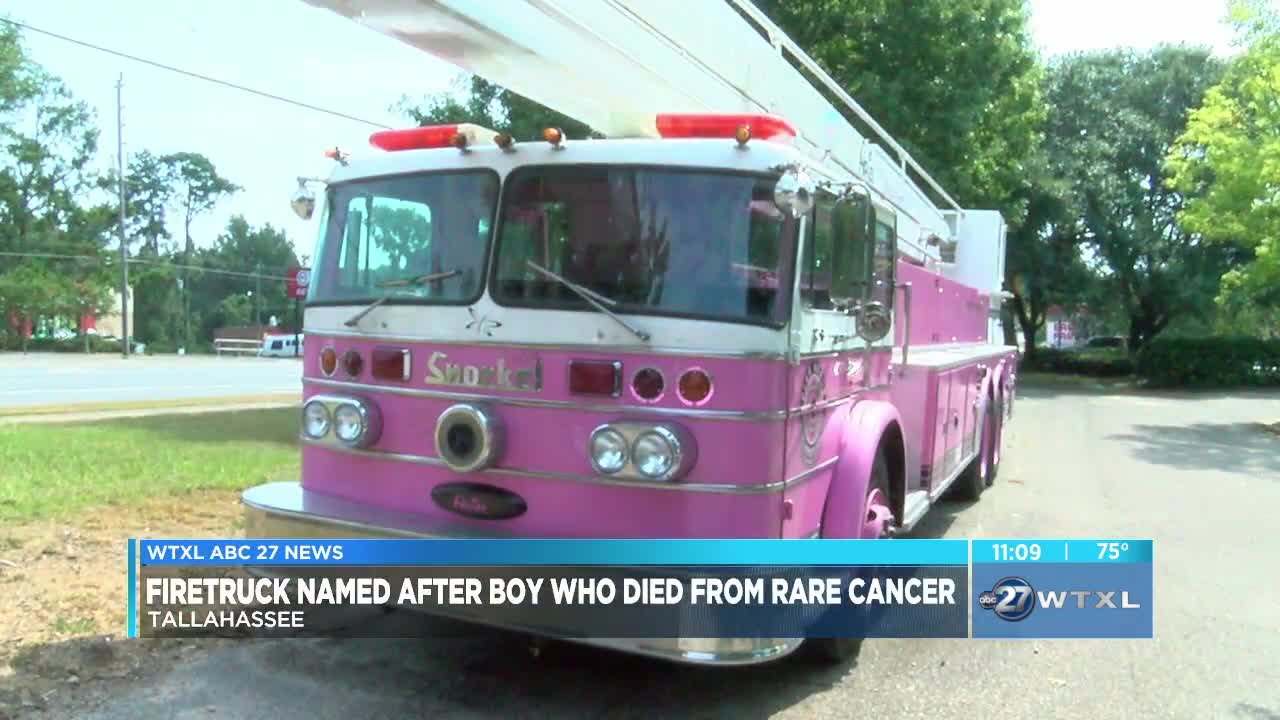 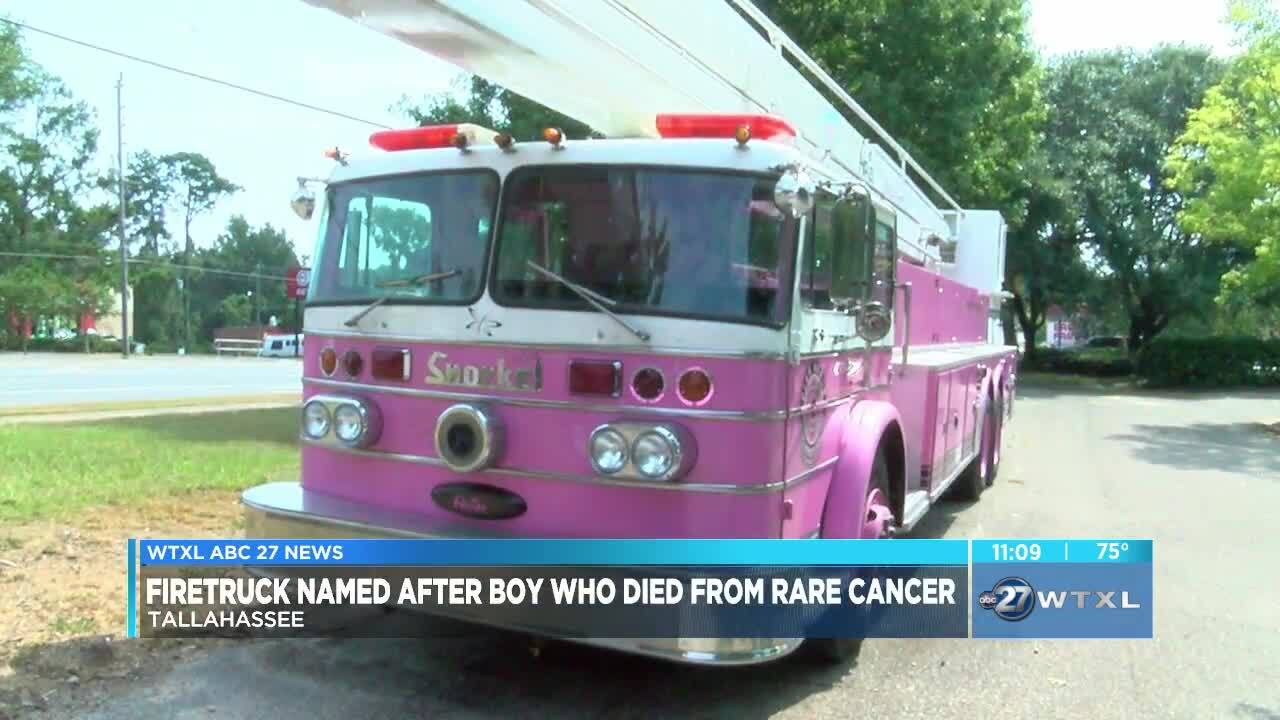 TALLAHASSEE, Fla. — About a year and a half ago, a boy named Miles died at just 3-years-old after a nine-month battle with stage 4 Neuroblastoma.

Now, there’s a new firetruck named in his honor.

The pink firetruck, owned by Pink Heals Tallahassee Chapter, has been in the works for over a year. The goal of the organization is to support area families as they’re battling cancer and other terminal illnesses.

Miles's father, Matt Shanaghan, and his second son Louis were the first to see the new pink firetruck and talked about what the truck means to them.

"You know when he was going through his treatment we were trying to set up with him to be able to see," said Shanaghan. "He like these big machines, construction, fire trucks, all that, I mean he loved that stuff. So, this is perfect. This is perfect for him."

Sarah Cooksey, President of the Pink Heals Tallahassee Chapter, told us Wednesday about the significance of the firetruck and Miles to her crew.

"Never give up. You know we want to see more than 4 percent, right now 4 percent of funds raised for cancer is what goes towards these kids," said Cooksey. "And they're our future so we're spending all this money on big cancer research for grown-ups and we're giving these little tiny kids these adult dosages of chemo and its just taking them out left and right."

This is the second pink firetruck for the Pink Heals Tallahassee Chapter.

The first truck is named after a young girl named Ariel, who lost her battle with liver cancer in 2012.