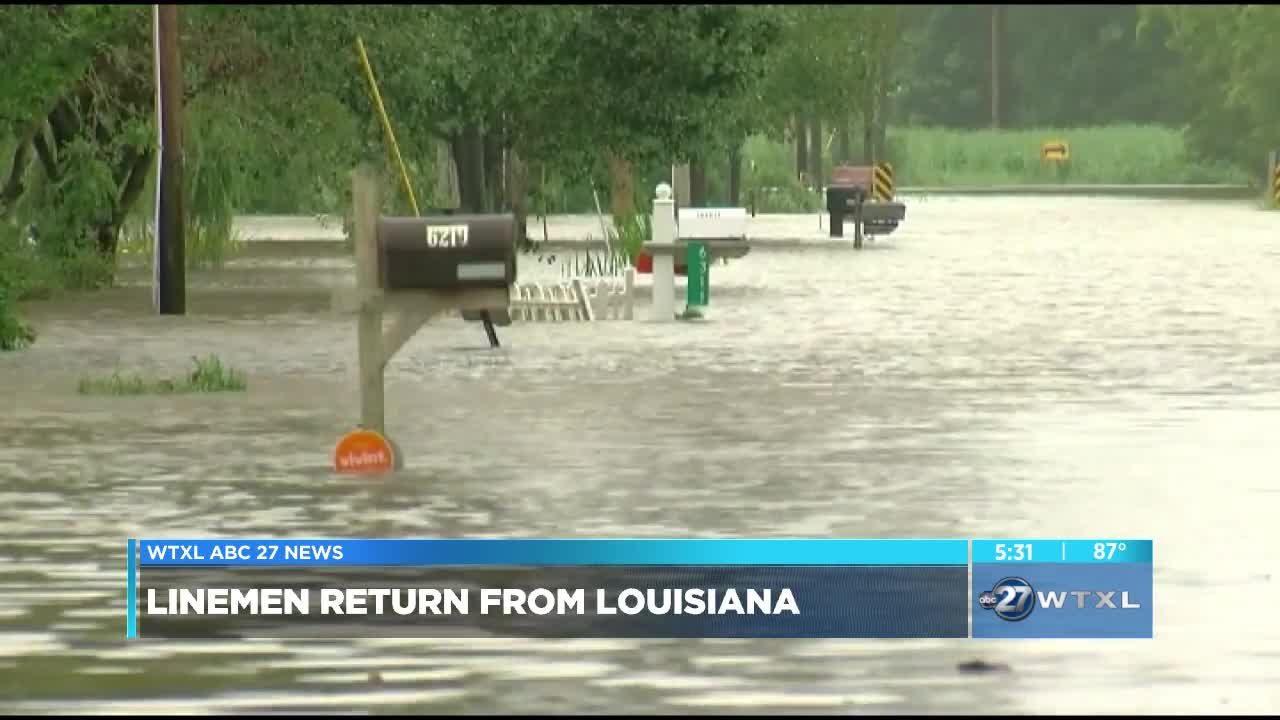 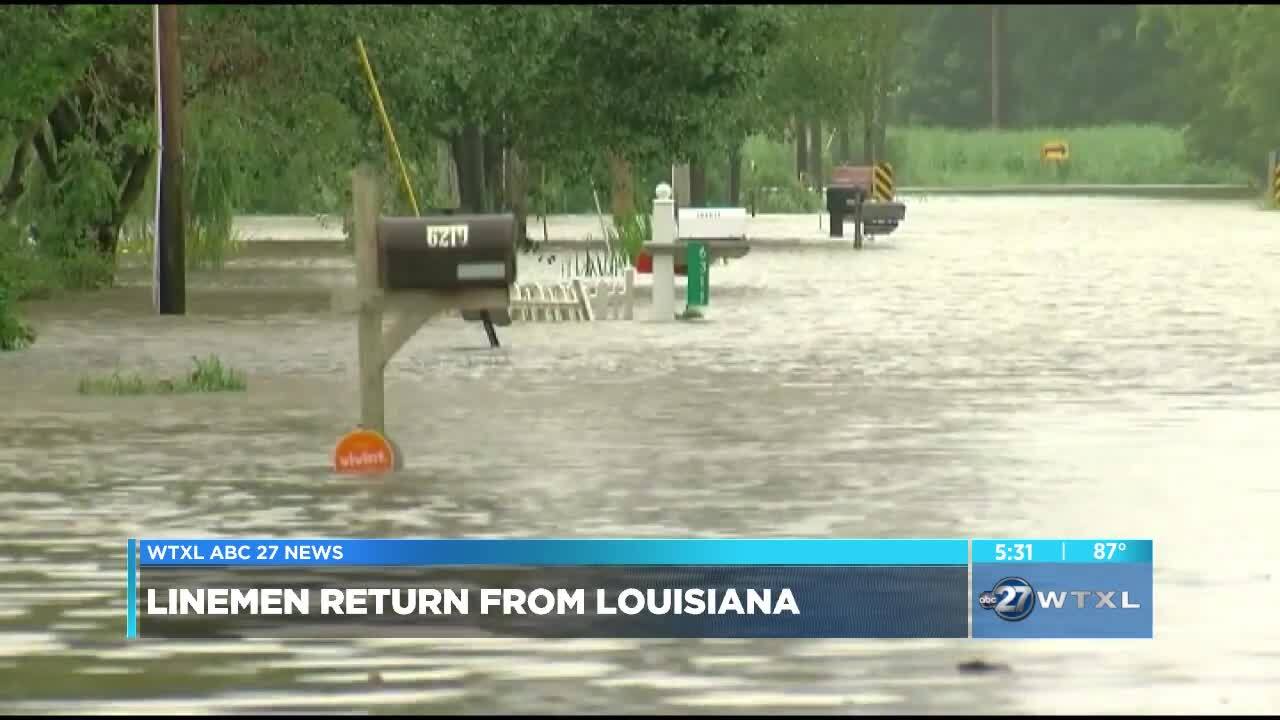 TALLAHASSEE, Fla. — The Big Bend knows all too well the devastation that severe weather can bring.

Last week, lineman from Talquin Electric Cooperative headed over to Louisiana to help with storm recovery efforts. They returned back to Tallahassee on Tuesday.

Linemen said since our area has gotten help from other crews in recent years it's nice to be able to return the favor.

"The community was great as well as cooperative. They treated us well , but this is pretty common among cooperatives in utilities in and in general as far as returning the favor. Like I said we've had to call on mutual aid crew a lot lately starting with Hermine and then we had Irma and of course Michael last year. So any time we can go out and return the favor we enjoy it."

The City of Tallahassee also sent crews. They got back late Monday night, and had Tuesday off.