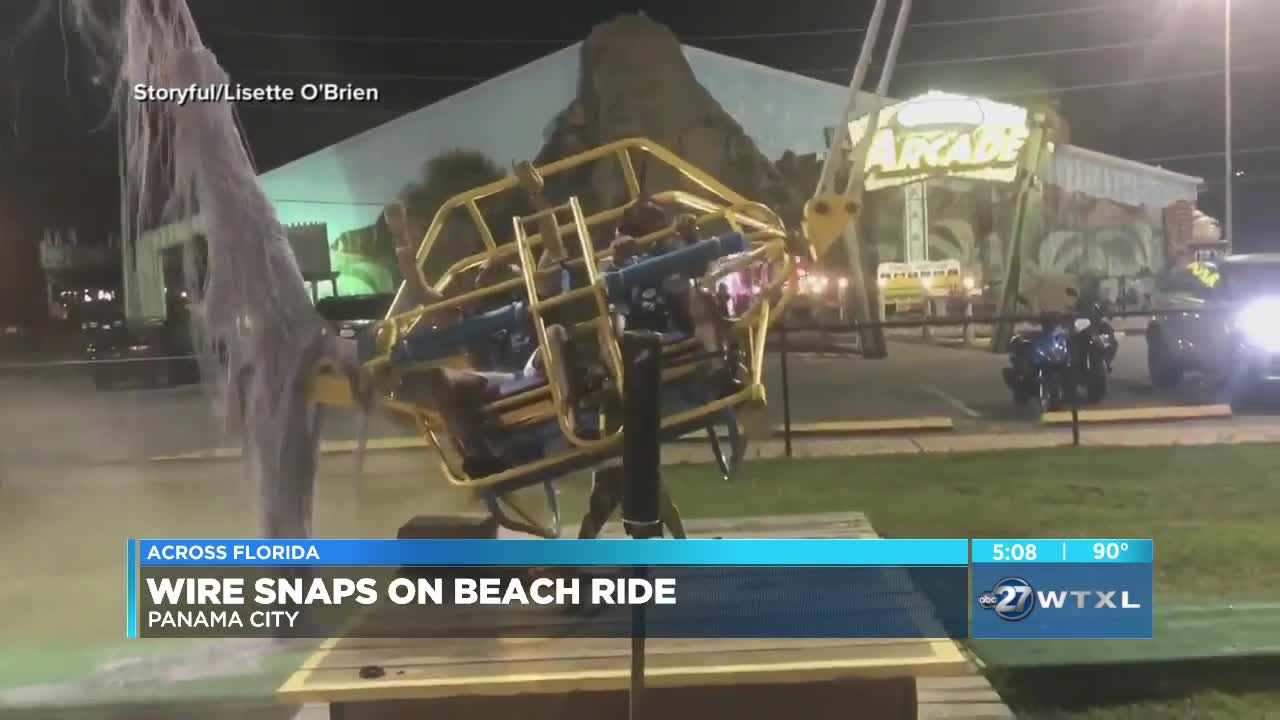 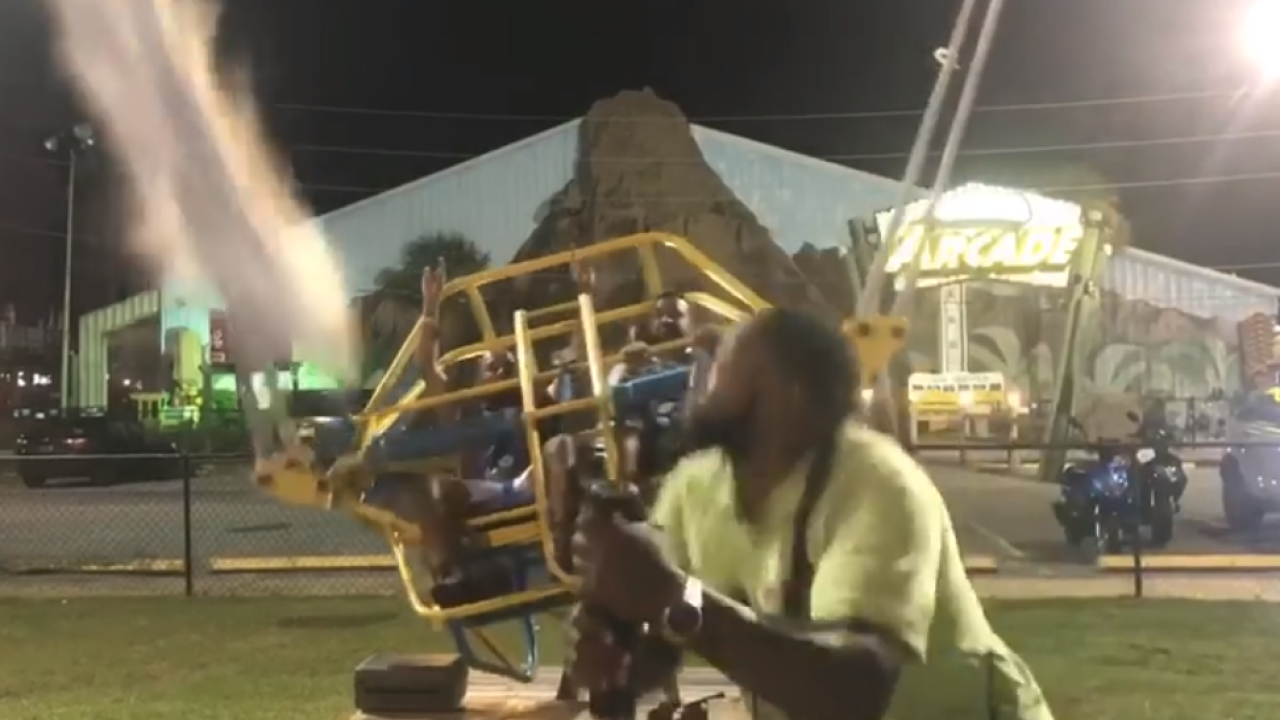 TALLAHASSEE, Fla. (WTXL) — A Tallahassee woman says she and her best friend got quite the scare when a cable on a bungee-style slingshot ride in Panama City shredded to strands, all without leaving the ground.

Krissy Hurst sent a video to ABC 27 of her recording as another pair of riders were strapped into the Vertical Accelerator ride at the Cobra Adventure Park on Front Beach Road.

She and her friend were on vacation when they ran into two men, one of whom was visiting from California, and decided to explore Panama City Beach together. Hurst says her friend was going to get on the ride, but decided not to at the last moment because she had a bad feeling about it.

Hurst ended up recording a video instead because the ride's camera system wasn't working.

In the video, the pair of men can be seen sitting in the bungee-style slingshot ride awaiting launch. Before the ride attempts to launch, Hurst's friend can be heard saying that the men will be screaming soon.

As the ride operator pulls the trigger, the cable can be seen shredding into tendrils, the ride never leaving the ground. Hurst's friend exclaims, "We just dodged death!"

The first thing that went through Hurst's head?

"The fact that my friend was going to ride it and decided not to," Hurst said. As for rides in the future, Hurst and her friend have set some boundaries.

"We soooo won't ride any kind of ride again," Hurst wrote in her post.

We're now hearing from the two men that were on that ride. They did not wished to be named.

"If you check the video the guy pulled the trigger halfway," one of the men told ABC News. "If he was to push it all the way, thank god the cable snapped earlier, if it was launched earlier I'm pretty sure we would have been swinging around, probably would have hit one of the poles, I have no idea because I've never been in an experience like that but God knows what would have happened."

According to WMBB, the ride was immediately shut down and the passengers were removed.