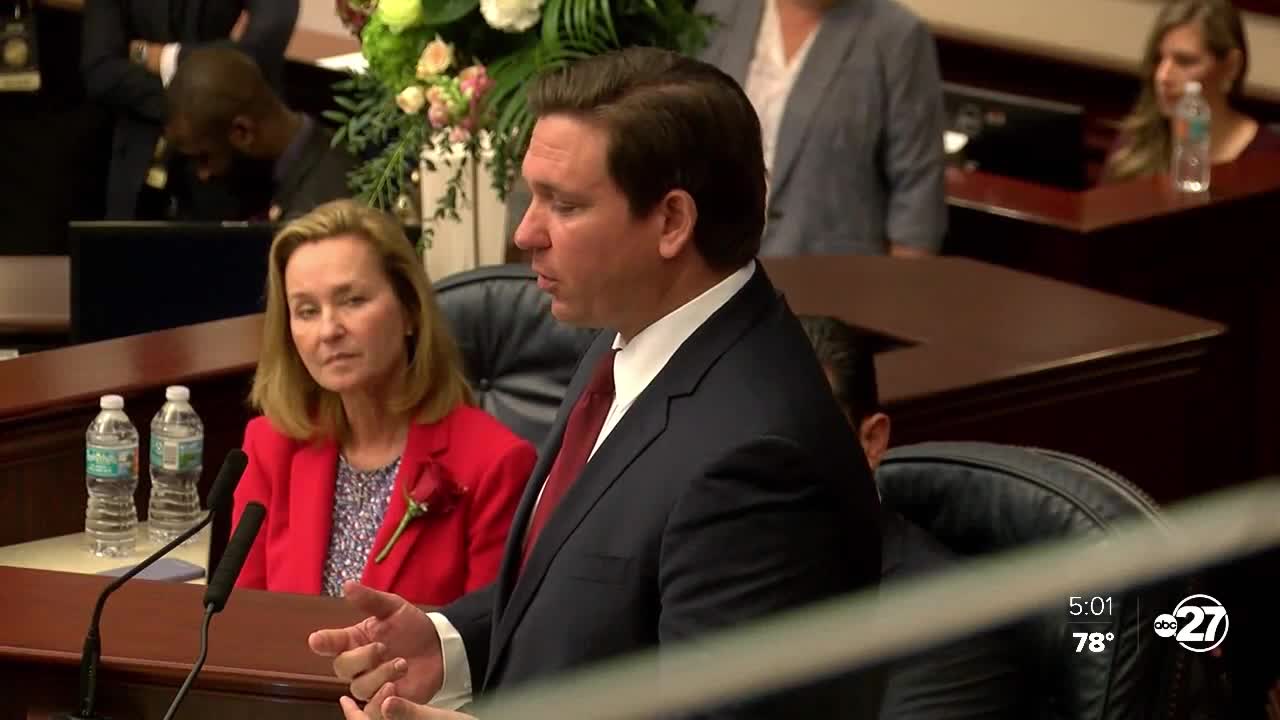 During his 2020 State of State Address, Governor Ron DeSantis says he is looking forward to a year of growth in the Sunshine State while praising the work legislators did last year on issues like education reform, environmental policies, health care and tax cuts.

TALLAHASSEE, Fla. (WTXL) — During his 2020 State of State Address, Governor Ron DeSantis says he is looking forward to a year of growth in the Sunshine State while praising the work legislators did last year on issues like education reform, environmental policies, health care and tax cuts.

It's not everyday someone gets a personal invitation from the governor to hear him talk.

"It was exciting," said Talethia Edwards. "We know about State of the Union, so State of the State, I was like 'Okay, locally! Let's talk about Florida.'"

Tallahassee mother and community activist Talethia Edwards was one of a few people invited by Governor Ron DeSantis to tout the many wins he saw come from the 2019 legislative session.

"It brings me great satisfaction to report on the promising prospects of our public affairs and commend the members of the house and senate for their efforts to make Florida successful," DeSantis said.

Four of her kids use the Florida Tax Credit Scholarship. The other three use the Family Empowerment Scholarship that the Governor signed into law just last year.

"Many people think because I moved my children to a private school that I'm not an advocate of public schools," said Edwards. "I believe that children have an array of differences and learning styles, which my children all do."

Then there's Gadsden County Sheriff Morris Young who was also extended an invitation to the State of the State. Just one month ago, the county received $2.4 million from the Hurricane Michael Recovery Grant.

"We were able to use this program to help Gadsden County plug major budget shortfalls," said DeSantis.

Sheriff Young says the citizens of Gadsden County are truly blessed because of the grant. While the Governor took the time to highlight the positives, he also advocated for legislators to keep up that momentum this year.

"Great progress has been made but a storm of that magnitude is a longterm effort," said DeSantis. "So I ask that you re-up this grant program for another year."

Just one day after thousands of teachers rallied at the Capitol, Governor DeSantis continued to call for better teacher pay and benefits.