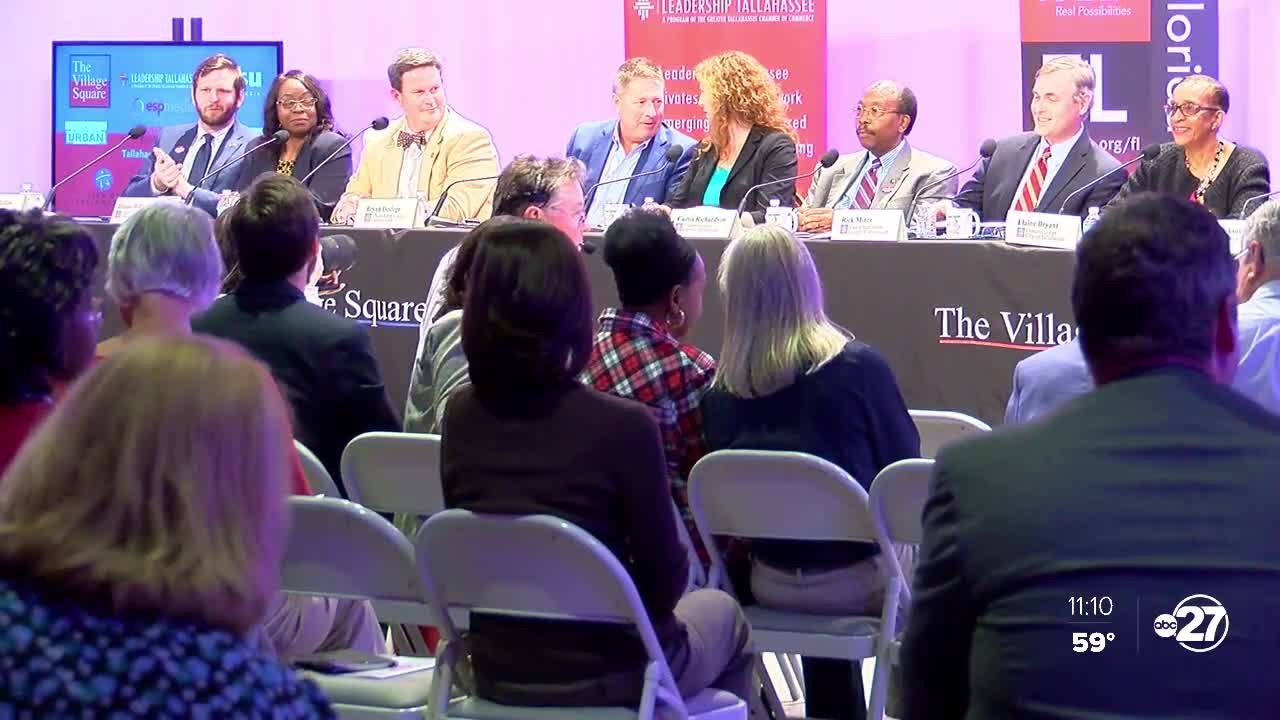 Moving Tallahassee and Leon County forward was the goal of The Village Square's Town Hall on Monday.

TALLAHASSEE, Fla. (WTXL) — Moving Tallahassee and Leon County forward was the goal of The Village Square's Town Hall on Monday.

At Monday's town hall the moderator asked the group of city and county leaders questions from those they represent.

This is the eighth year of this town hall hosted by the Village Square and has been an opportunity for the community to share their concerns with elected officials in a non formal setting.

Liz Joyner, CEO of the Village Square, says it's unique because it allows communities to hear directly from the people working on their behalf.

"It's surprisingly illuminating given the fact that really in a lot of ways this isn't a typical thing," said Joyner. "So we get to see the elected leaders discuss it between themselves and agree and disagree which is incredibly healthy for a democracy."

Everything from crime to ethics took center stage.

"Poverty is one of the underlying issues for many things," Ballard said.

She says since the city of Tallahassee and Leon County have the poorest zip code in the state, more can be done to improve those communities.

"If we can build into people," said Ballard, "and into their lives then some of the negative things in communities will start to lessen."

People also said they're concerned about the state of the Office of Economic Vitality. The effectiveness of the department was a topic of debate among commissioners.

"Are we making sure we're providing equity in economic development," Commissioner Matlow asked.

"There needs to be a bit more time for the effects of what they've done to be seen," Cory Bender said. "There has to be room for improvement."

Others were looking to the future and what's in store for the City and county in the coming years.

"The hot topic right now is the arena district, that's been getting a lot of heat as well," said Mike Goldstein. "I think there's a lot of potential with that as well. So if that can come to fruition there's some potential with having a place for people to come have a conference, at a big center here."

Every issue was a chance for the community and leaders to get to know each other better.

"It's always helpful to hear them speak and to hear the different viewpoints," said Ballard.

Each commissioner has different issues they feel need immediate attention, ranging from poverty to affordable housing.

However, all of them say Tallahassee and Leon County are making major progress.