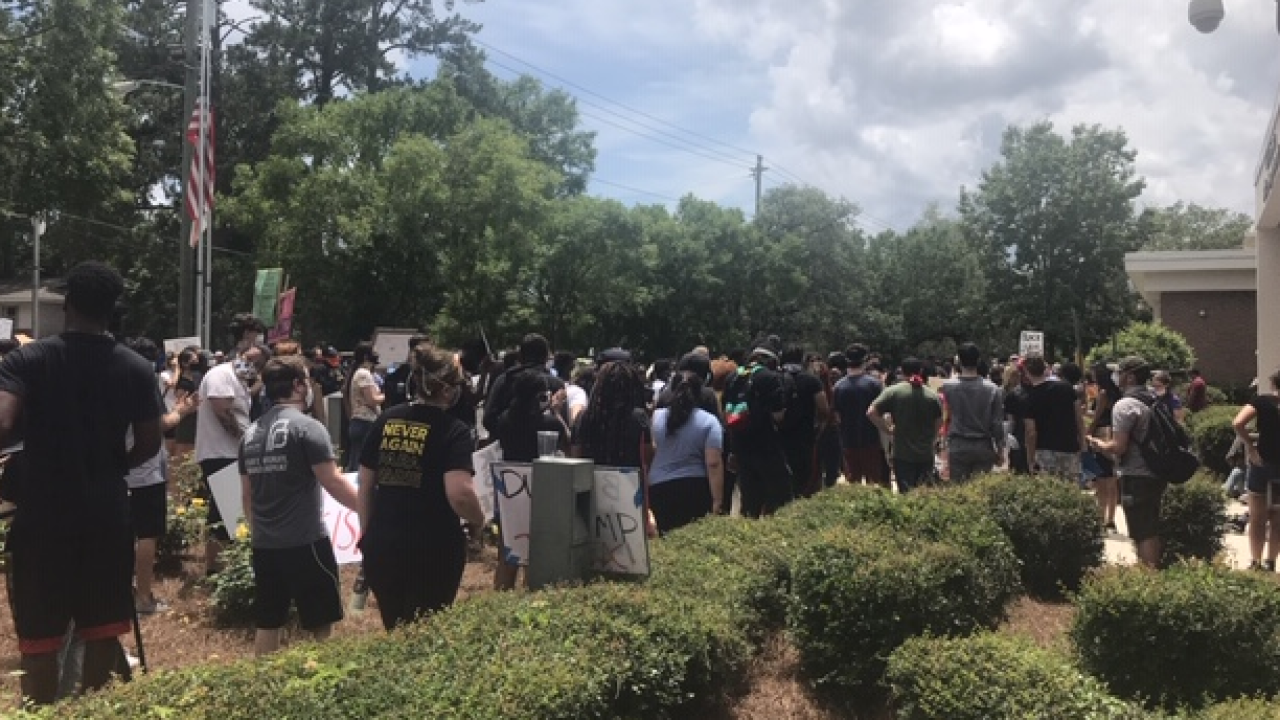 Pictures show protestors outside the Tallahassee Police Department after moving from downtown Tallahassee where the incident happened.

TALLAHASSEE, Fla. (WTXL) — The Tallahassee Police Department is investigating after a driver "proceeded" through a crowd of protesters in downtown Tallahassee.

Police said a peaceful protest was taking place along Monroe Street near the Capitol building Saturday morning when a vehicle "proceeded into the crowd."

This morning, as a peaceful protest was occurring downtown along Monroe Street near the Capitol building, a vehicle proceeded into the crowd. The driver was immediately detained. As of this time, there are no known injuries.

They said the driver of the vehicle was immediately detained. As of now, TPD said there are no known injuries.

"This is an extremely tense, emotional time across the nation. Mutual respect among all of us is vital," the department wrote in their release. "The Tallahassee Police Department supports the nonviolent gathering of protesters and will uphold their constitutional right to do so while making every effort to maintain a safe environment for our community."

Earlier today an individual struck a crowd of peaceful protestors with their vehicle in downtown Tallahassee at a low rate of speed. Thankfully no one was seriously injured. The driver of the vehicle was immediately taken into custody.

Video obtained from Michael Johnson by ABC 27 shows a red truck being surrounded by protesters on all sides before one of the people in the crowd begins punching a passenger inside the truck.

The truck then revs up and lurches forward, several protesters jumping out of the way to avoid being hit.

Another video obtained by ABC 27 shows the aftermath of the incident, as the people inside the vehicle got out of the car and walked over to a nearby TPD cruiser.

Police are asking anyone with information, including video, to contact them. Once the investigation is complete, they say all information will be forwarded to the State Attorney's Office.a