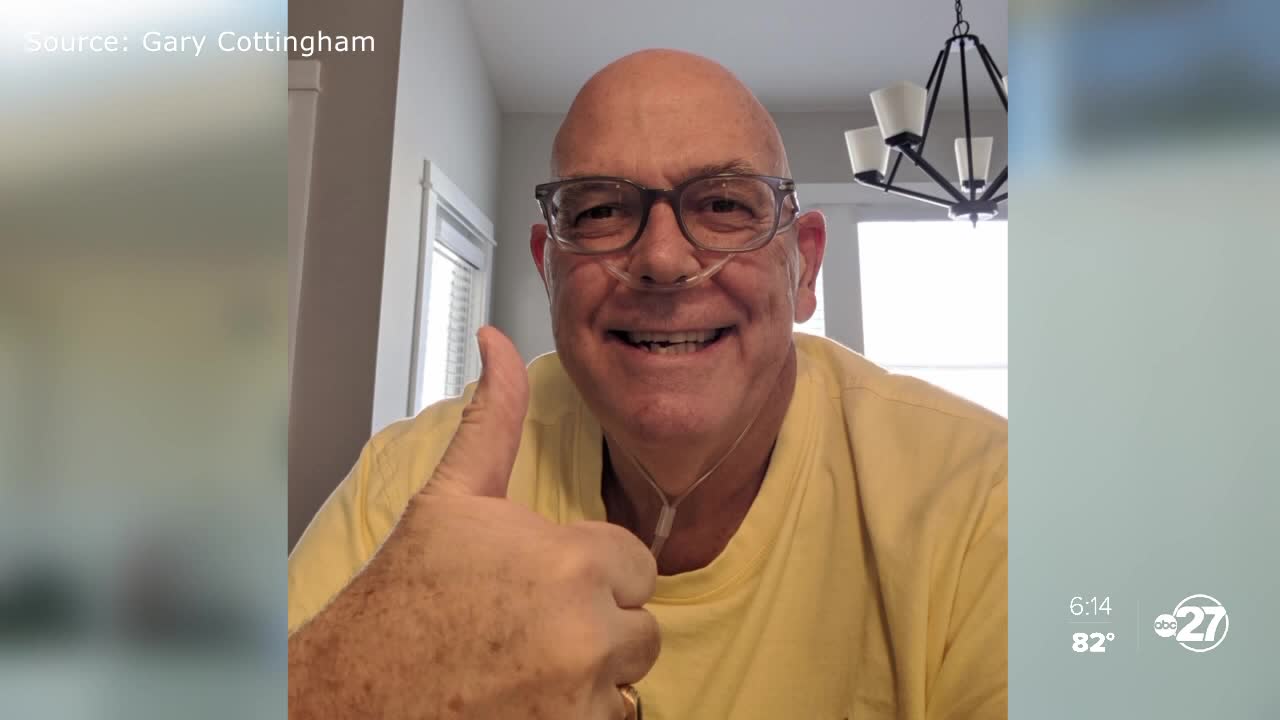 Gary Cottingham says he's never been more sick in his life than when he came down with the coronavirus.

TALLAHASSEE, Fla. (WTXL) — Gary Cottingham says he's never been more sick in his life than when he came down with the coronavirus.

Now, as he recovers, he wants to remind people this virus needs to be taken seriously.

"When we got the positive test results we were like, 'Tell us something we don't know,'" said Cottingham. "We knew."

Cottingham tested positive for COVID-19 in late March along with his wife and son.

"They didn't know they were infected yet," Cottingham said. "She's back here. I'm quarantined in the house just like everyone else. Unbeknownst, I'm in the house with someone COVID positive."

Cottingham says initially he thought it was just allergies, but a doctor's visit confirmed something far worse.

"It wasn't until I talked to doctor via telemed," said Cottingham. "The video didn't even work but she said, 'I hear you're breathing and it's not good. You need to get to the hospital right away.'"

He says he suffered delusions, but doctors were there to calm his nerves.

"That's when Dr. Wheeler came in and said, 'I know you've heard all kinds of things and this is a nasty disease, but the percentage of people who die is small,'" said Cottingham. "He basically said, 'You're going to be okay,' and my fear level dropped dramatically."

Cottingham was released from the hospital in early April, but had to use an oxygen tank at home until about a week ago.

He says he wants people to remain cautious about the disease so they don't experience what he did.

"I know that we have to open up the economy, but as we do, don't just think it's gone," said Cottingham. "It's still there."

Cottingham says he also wants people to acknowledge that although he survived and many are recovering, it is still a deadly disease.

Cottingham was around the 43rd person to test positive for the illness.