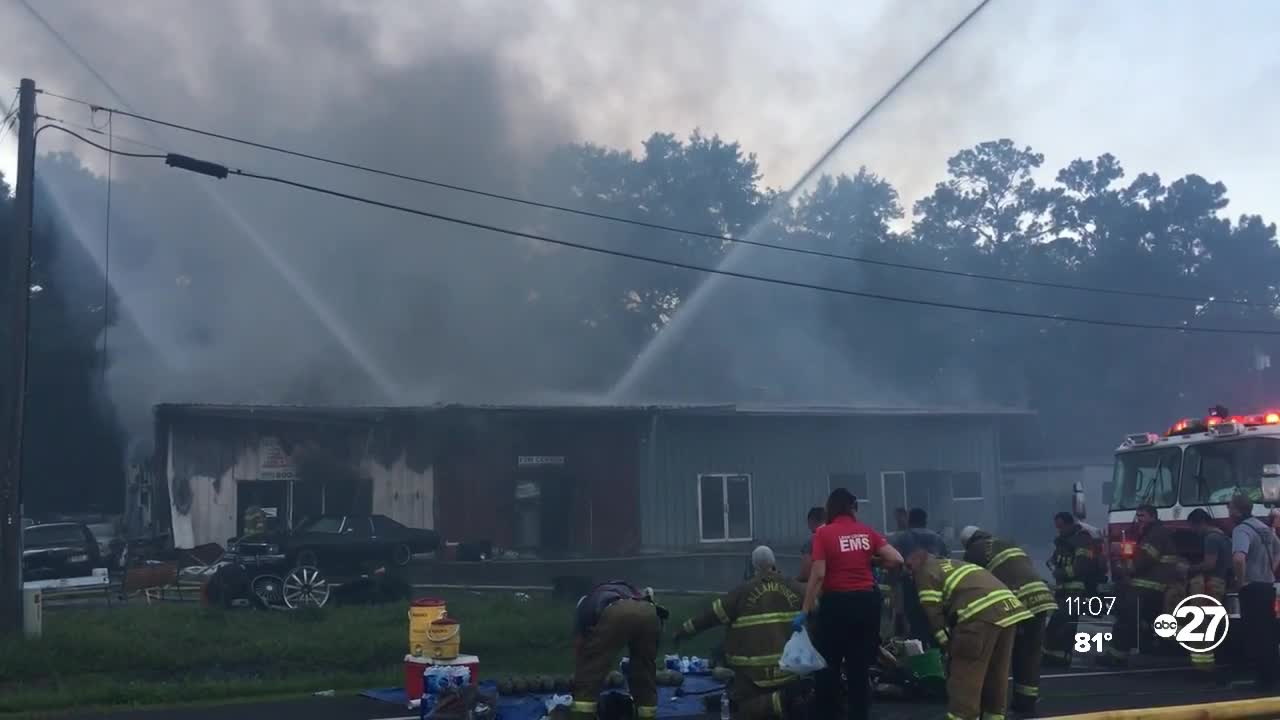 The Tallahassee Fire Department is working to put out a fire at a warehouse in the 1300 block of Blountstown Street. 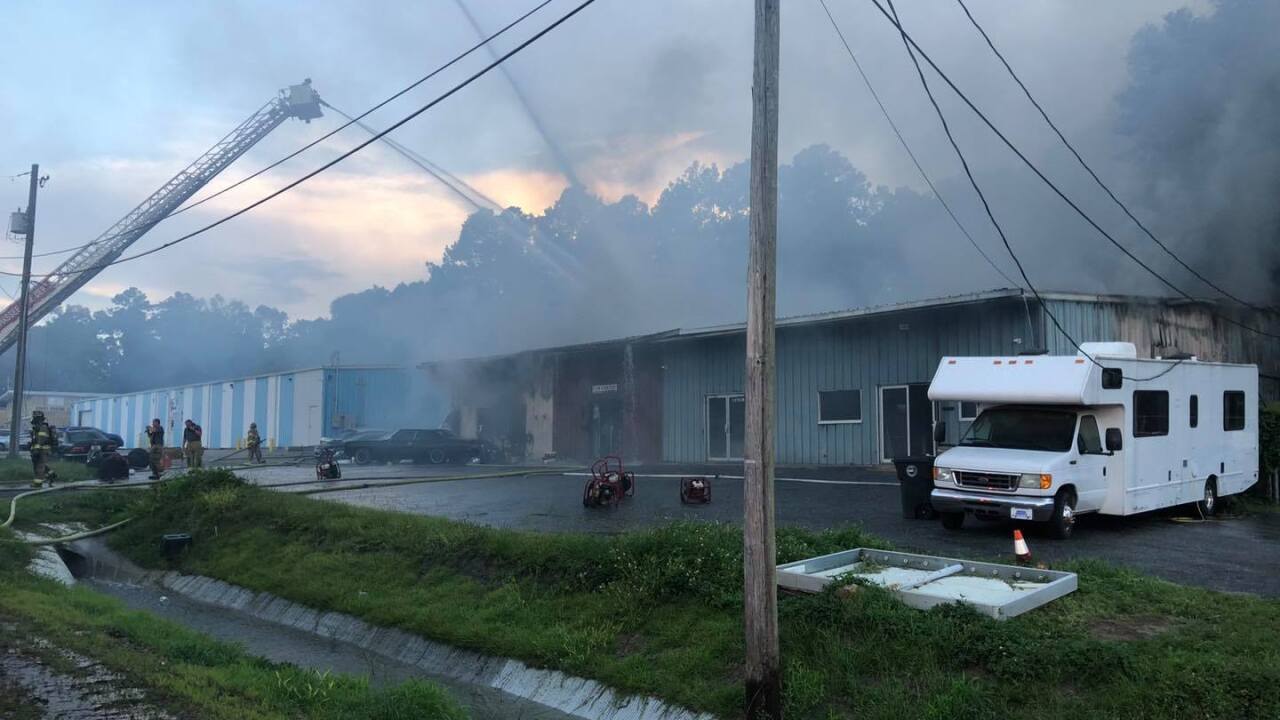 TALLAHASSEE, Fla. (WTXL) — The Tallahassee Fire Department says a warehouse on Blountstown Street has been ruled a total loss after being destroyed in a fire on Wednesday night.

Crews from stations 1, 2, 3, 4, and 8 responded to the report of a possible structure fire located at 1372 Blountstown Street on Wednesday round 7:01 p.m.

In just a few minutes, firefighters were on scene and were met with heavy fire and smoke coming from the corner of the single-story metal frame commercial building.

TFD says crews made an aggressive interior attack but had to withdraw due to the large amount of heat and flames. No one was inside the structure at the time of the fire.

Crews stayed at the building for hours, and even into early morning, to ensure that the fire was completely extinguished.

One firefighter was taken to a local hospital for heat related symptoms and has been released.

Sadly, the building was considered a total loss and the cause of the fire is still under investigation by the Tallahassee Fire Department.

The Tallahassee Fire Department is working to put out a fire at a warehouse in the 1300 block of Blountstown Street.

The fire department got the call for help around 7 p.m.

Posted by City of Tallahassee Fire Department on Wednesday, July 8, 2020