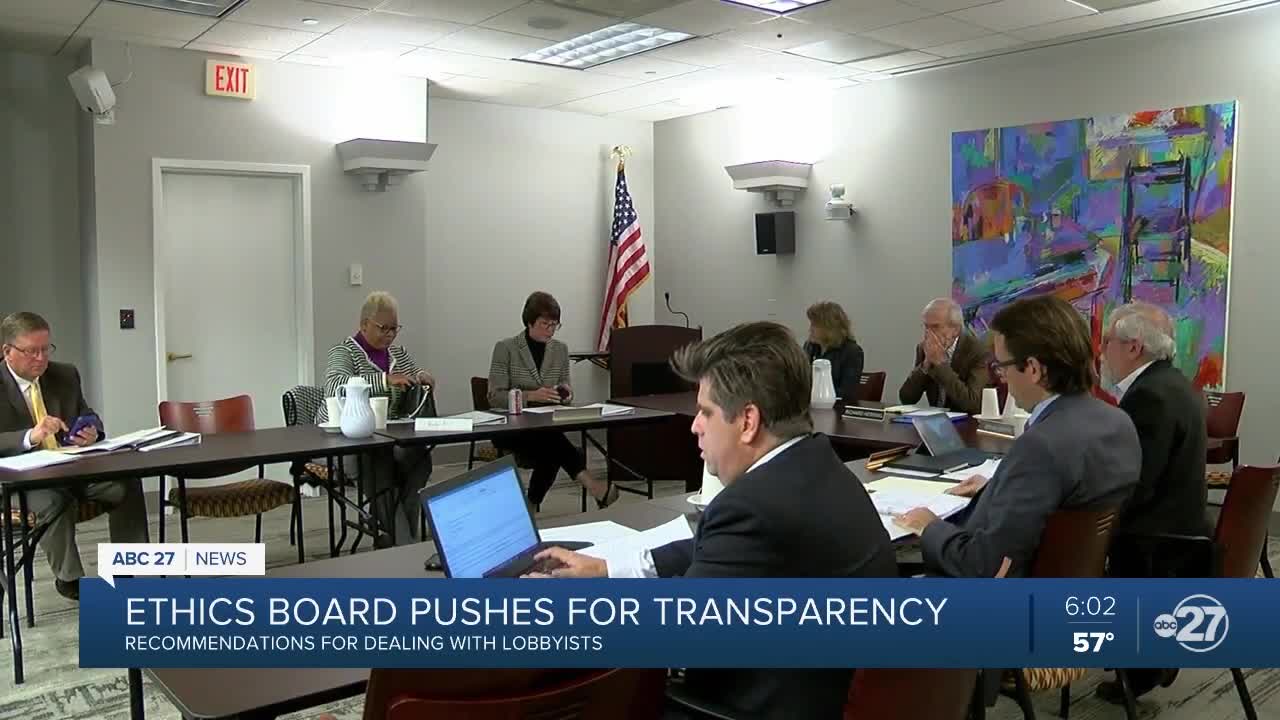 Keep things transparent is the current goal for the City of Tallahassee.

TALLAHASSEE, Fla. (WTXL) — Keep things transparent is the current goal for the City of Tallahassee.

After a number of corruption cases, the City's ethics board is digging deeper into relationships with lobbyists. Former City Commissioner Scott Maddox and his aide, Paige Carter-Smith, met with lobbyists.

Thursday, the board finally got a chance to discuss recommendations on how to keep city activity transparent.

The ethics board says that will be made easier if there is a clear definition of what it means to be a lobbyist.

By being able to identify those people there can be more oversight, and less opportunity for them to influence city decisions.

"We think that it's worth expanding the definition of lobbyist to get to people who have a financial stake in getting the city to make certain decisions, rather than people who are hired specifically to lobby," City Commissioner Richard Herring said.

Herring says even though previous corruption proved to be a major issue, the board is not discussing it in response to past issues.

The board is still discussing what recommendations it will give to the city. It will then be up to the city to decide what if anything they want to implement.