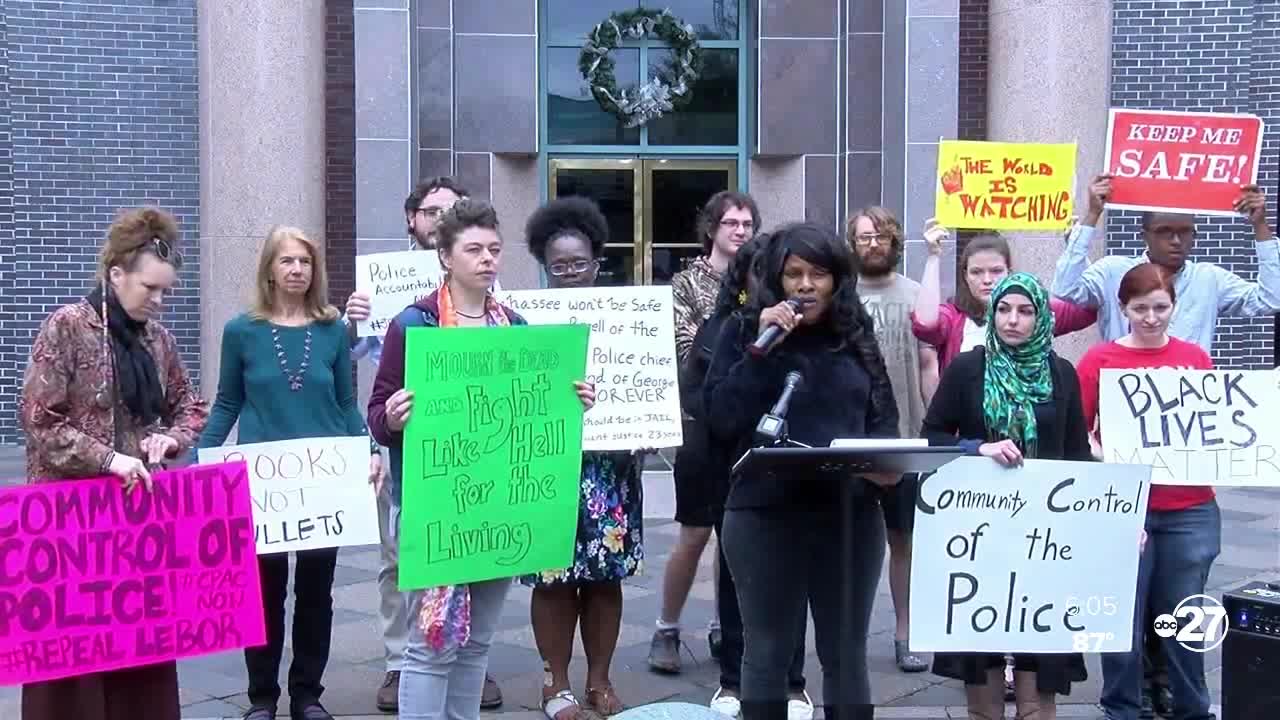 In less than 24 hours, the Tallahassee Community Action Committee has another protest planned in response to the three officer-involved shootings that happened in the city over the last few months.

TALLAHASSEE, Fla. (WTXL) — In less than 24 hours, the Tallahassee Community Action Committee has another protest planned in response to the three officer-involved shootings that happened in the city over the last few months.

The Tallahassee Community Action Committee will march to City hall on Wednesday, in part to call for a new top cop.

In a statement listing their demands, they say people living in the City of Tallahassee have faced, "routine discrimination and harassment" at the hands of the police force under Chief Lawrence Revell's leadership.

They also point to the three recent officer-involved shootings of Mychael Johnson, Wilbon Woodard, and Tony McDade as reasons for city leaders to immediately remove him from his position as chief.

"We have been telling people since December, 'Hey, Lawrence Revell has a history of abuse in the black and brown communities in Tallahassee,'" said Delilah Pierre, with TCAC. "We know Lawrence Revell not only killed George "Nuke" Williams, but never apologized to the family and now we're seeing killings back to back in Tallahassee."

We talked to Deputy City Manager Cynthia Barber about this push for the chief to go.

"There may be an assumption, on some part, in a strong belief that our officers may have acted inappropriately," said Cynthia Barber, the deputy city manager of Tallahassee. "We don't have evidence of that, but should evidence come forward that that is a concern and it's determined the officers didn't behave properly, we will deal with it."

Barber also says she will not tolerate racism of any kind under her leadership and is confident that both city manager Reese Goad and Chief Lawrence Revell are working to improve community relations throughout the city.

Protesters plan to meet Wednesday and have another rally planned for Saturday.

In an abundance of caution, TCAC has requested trained EMS and medical professionals to attend to deal with things like heat-related issues or anything else that could come up.