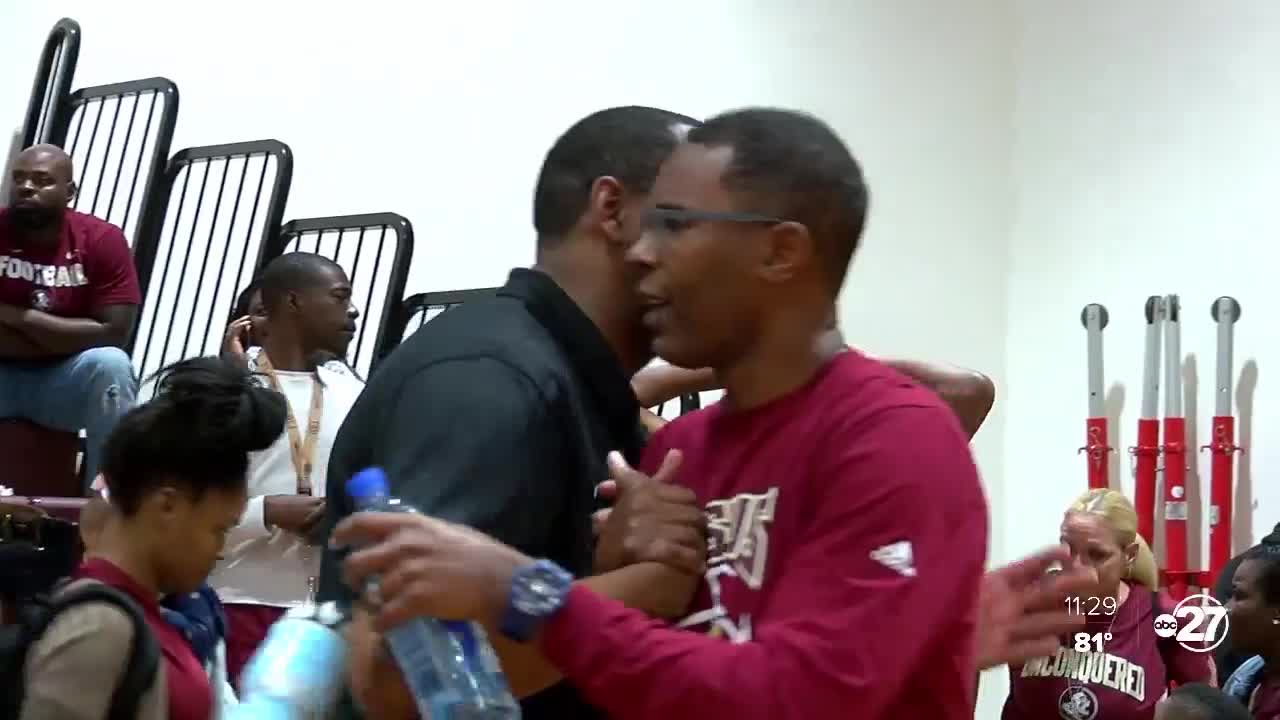 Former FAMU DRS and Florida A&amp;M University football player Willie Ferrell knows the tragedy of losing a loved one to law enforcement all too well, and watching the killing of George Floyd and everything that's followed has brought on emotions he wish he didn't know.

TALLAHASSEE, Fla. (WTXL) — Former FAMU DRS and Florida A&M University football player Willie Ferrell knows the tragedy of losing a loved one to law enforcement all too well, and watching the killing of George Floyd and everything that's followed has brought on emotions he wish he didn't know.

"Jonathan was extremely quiet," said Ferrell. "Jonathan was a college student, never got arrested, no issues, and Jonathan got murdered."

Ferrell's brother Jonathan was shot and killed by police in North Carolina in 2013. Seven years later, the pain is still very real.

"Whenever people can realize it can be you, no matter who you are and how cool you are, and what issues you have, it can be you," Ferrell said. "Then, I think they'll start taking it serious."

For coaches across the Big Bend the last week hasn't been easy either.

"I mean, the only thing I can say is that it's surreal," said Cedric Jones, the head football coach at FAMU DRS. "It's also an indictment on things we probably need to address at some time in every community."

"No matter what side you stand on, you're still in a state of disbelief and frustration," said Tyrone McGriff, the athletic director at Florida High.

It's frustration that can spark conversation. These coaches know biases exist and that those walls need to be torn down.

"If you're an athlete, and you go into a room where there's athletes or there's a group of business, more than likely, you'll go to the group where the athletes are," Charlie Ward, Florida High's head basketball coach, said. "That's just where you're comfortable."

It's a change they're hoping to lead.

"We don't shelter those kids from those things," Godby's head football coach, Brandon McCray said. "We want them to understand. Football is just a part of what we do. Because we have different political views or something like that, doesn't mean somebody doesn't get to go home at night."

"We have a pulse over the community in our little life, and we have a slew of kids we've touched and helped grow over time," Jones said.

"When you're on a team and you have a bunch of guys from different backgrounds, if you can get those guys to buy in to the plan of action, bond together," said Ward. "You can get things turned around really fast."

Change that for family's like the Ferrell's, they can't wait to see.

Ferrell said he wants those who are protesting to remember to have a plan, saying eventually everything that's happening will die down, so don't forget to keep fighting for equality when that happens.