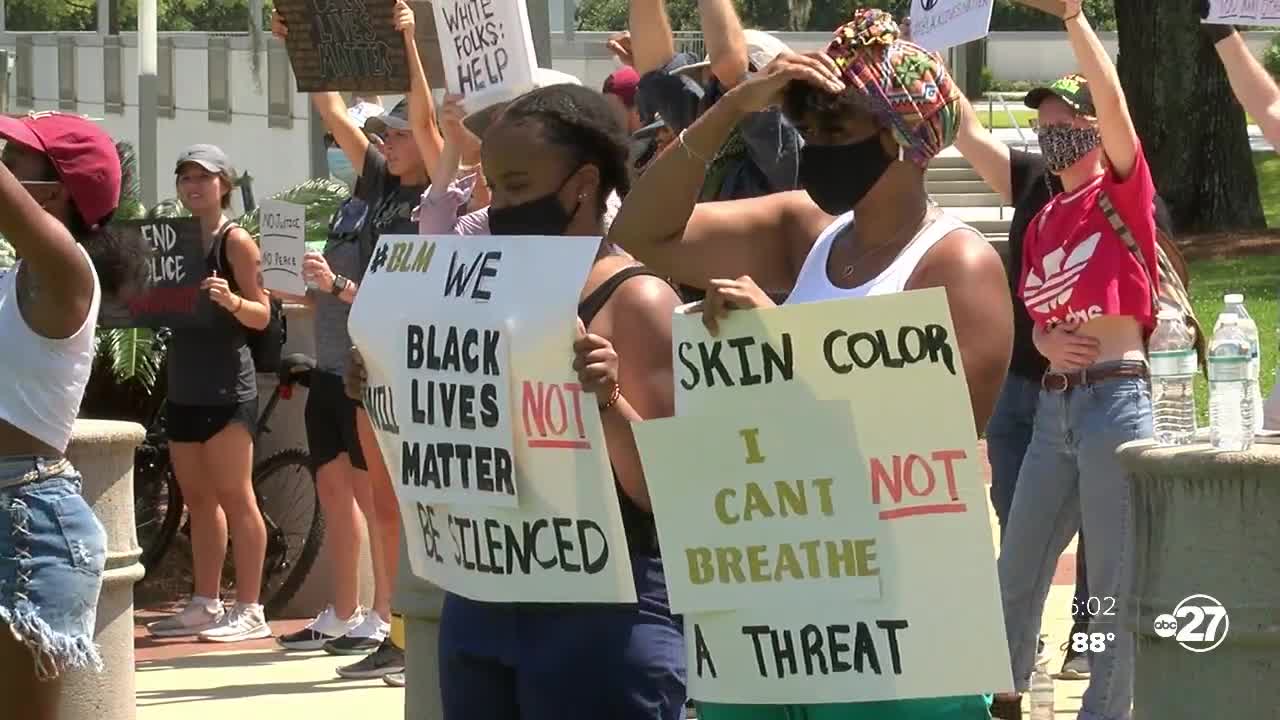 The heightened tone across the country led to a cry for calm protests, and though protests in Tallahassee have been relatively peaceful, faith leaders are urging demonstrators not the let their message get lost.

TALLAHASSEE, Fla. (WTXL) — The heightened tone across the country led to a cry for calm protests and, though protests in Tallahassee have been relatively peaceful, faith leaders are urging demonstrators not the let their message get lost.

There's no doubt the protesters are passionate about their cause and with that passion, they've remained steadfast in keeping the peace here.

Protesters are back at the Capital for the third day in a row, calling for justice and peace while others in the community pray for that, standing side by side at Bethel Missionary Baptist Church.

"We pray for peace," said Judy Mandrell, the pastor at Bethel Missionary Baptist Church. "We pray for unity. Lead us in guidance."

Violence and vandalism overshadowed vigils across the country. Now, there is another call to action.

"Unequivocally, we support your ability to protest and get your voice heard," said Tallahassee mayor John Dailey. "And it is needed. I myself have participated in many protests over the years. But one thing, that if you notice what's going on around the country that separates Tallahassee, is we do it peacefully."

Demonstrators are seeking answers from the city after three shootings last week, while standing in solidarity.

"There is not a single person that could watch the videos of what happened to George Floyd in Minneapolis and not be absolutely terrified, disappointed and mad," Dailey said. "All of the rest of these emotions."

City leaders vow to keep the momentum going on their end.

"We ask them to continue to talk with us, work with us," said Dianne Williams Cox, mayor pro tem of Tallahassee. "We want to get it right. They are the legacy. We need to pass the torch to them."

Protesters say they plan to return every day this week, but they also say they want to continue talking to the people in power in hopes getting of change.

So far, the protests have been relatively peaceful.

One man was detained Saturday for proceeding through a crowd of protesters and another was arrested over the weekend for trying to jump the fence at the governor's mansion.