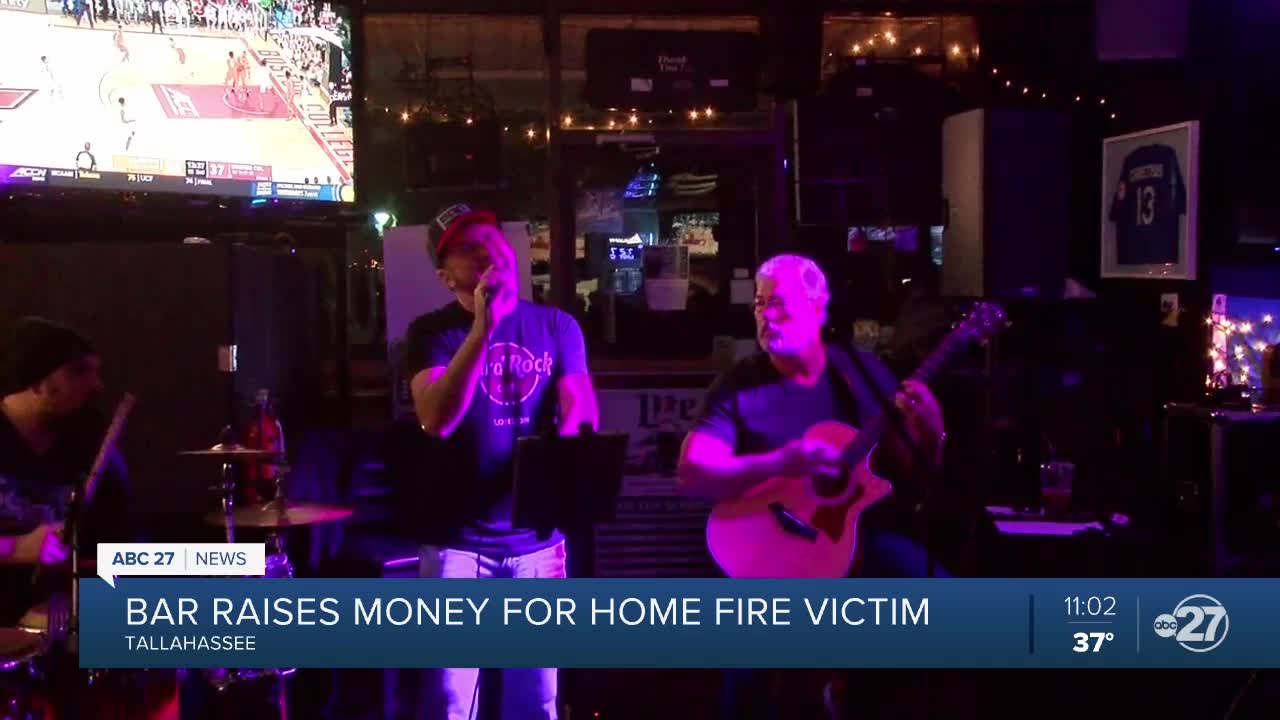 TALLAHASSEE, Fla. (WTXL) — We've got your back. That was the message at a Tallahassee bar this weekend after a restaurant regular lost everything in a fire.

Earlier this month, Larry Smith lost his pets, possessions and memories of his late wife in a house fire.

Saturday night, the Tallahassee community showed him he's not alone.

The road ahead for him is long but he has company.

And in the crowd, there's a fair share of regulars.

"People have been coming here for year. It's about the same crew just about every day," said Jerusha Reddick, Head Server at Corner Pocket.

"I'm grateful that Dad has a community that loves him. It's his other family," said Tracy Segal, Larry's daughter.

So when Larry Smith's home burned down his second family decided to help him out.

Corner Pocket put together a benefit concert to raise money for Smith.

When word got out he needed help many decided to come and pitch in.

"I couldn't even begin to imagine what Larry is going through. This club has a motto. It's party with a purpose That's exactly what we do through the community," Angel Lluveras, Captain Tallahassee Parrot Head Club.

Bands like the Jason Kellogg Duo and Tobacco Road came out.

"Me and Larry Smith go way back," said Eric Durrance, Tobacco Road band memeber and has known Larry for over 30 years.

He and Smith have been close for decades.

"I was thinking what could I do that would be a little more special than just the average thing," said Durrance.

While others donated cd's and cash. Durrance decided to raffle off one of his most prized possessions his guitar.

"This is the guitar that I feel I've written some of my best songs on."

Family say this proves that in his biggest moment of need, Tallahassee is behind Smith all the way.

"We've had a lot of people reaching out and letting us know that they're thinking of us and wanting to support us in any way that they can so at this point, we're pretty blessed," said Shannon Smith, Larry's Daughter-in-Law.

Between the concert and the raffle all funds will be put towards building his home back.