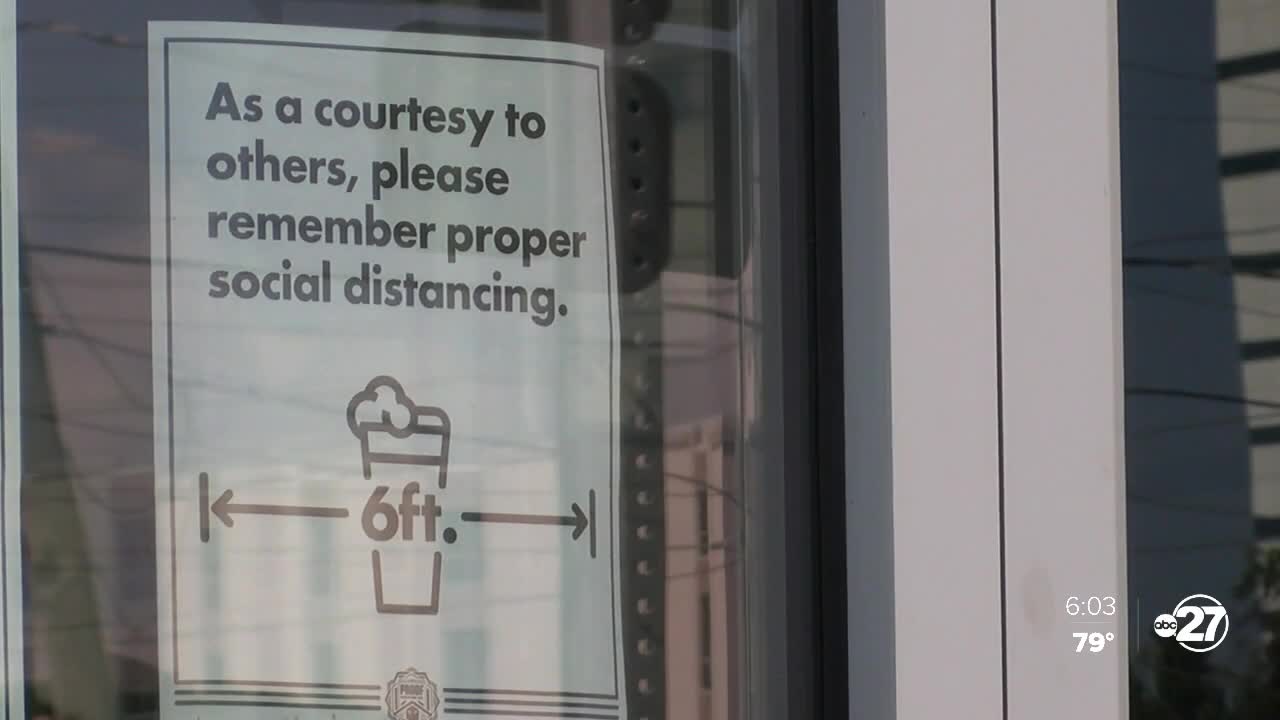 For many bars and breweries bouncing back from COVID-19 closures and restrictions will be tough.

TALLAHASSEE, Fla. (WTXL) — For many bars and breweries, bouncing back from COVID-19 closures and restrictions will be tough.

As many prepare to re-open doors Monday, the long-lasting impacts have yet to be seen.

However, immediate impacts can be seen in the local favorites that won't be opening back up on Monday.

Midtown Manor was once home to four popular bars, including Fire Betty's and Fifth and Thomas. Now, all four are gone.

Across the state, roughly 2,500 bars and restaurants have shut their doors for good, at least six of those bars in Tallahassee.

"Certainly some businesses that could operate and intend to reopen could be on the sidelines because its too expensive to operate at limited capacity," said Geoff. "What permanent damage is done from this unusual time really remains to be seen and will emerge over the next six months or more."

Months of restrictions inspired some bar owners to switch their business models.

"We've seen bars attempting to get a food license to get off the sidelines and reopen," Geoff said.

Now, owners are seeing a light at the end of the tunnel.

The Florida Department of Business and Professional Regulation announced they can reopen at half capacity on Monday.

"We're all small businesses," Byron Burroughs, the owner Proof Brewing Company said. "A lot of us are family businesses. Having no access to revenue impacts us through our personal lives. It's been hard on everyone. I don't know of anyone who has enjoyed this process."

Burroughs opened his doors to DBPR Secretary Halsey Beshears and other brewery owners last month to talk about the best way to safely reopen before more businesses call it quits.

For Mike Goldstein, the owner of Capital City Pedicab, business relies on people having a place to go.

"It's been kind of weird the last 6 months," said Goldstein.

Now that Florida is opening back up, business is picking up pace.

"I'm kind of twisted," Goldstein said. "I need the business but I also need us to be healthy. I wouldn't have imagined six months ago that I would have to be wearing masks out and about."

But not everyone is on board with the return of bar hopping.

"We're graduate students," said Zander Dally. "We're pretty self-isolated and we follow the rules. But we've seen a lot of undergraduate students out at bars, things are pretty crowded. it's contributing to a rise in COVID cases so right now I don't think it's the best time for that."

"I definitely think we'll see a large spike," Dally said. "Especially with football starting this weekend. They put some measures in the stadium to aid with social distancing but with everybody tailgating and all, I just don't see a way to effectively measure it."

Bar and brewery owners have seen a huge hit from coronavirus restrictions, many barely staying afloat.

As restrictions lighten, business owners remind bar-hoppers that their livelihood depends on how the public responds.

"Be safe, be responsible," Burroughs said. "The onus should not just be on the breweries, bars, and restaurants to keep everyone safe. Everyone has their own personal responsibility when they come into an establishment to follow the rules and do the right thing."

Tallahassee saw a couple of bars lose licenses for not following restrictions.

Those bars aren't included in the order as the DBPR has to decide independently if the bar will get its alcohol license back.