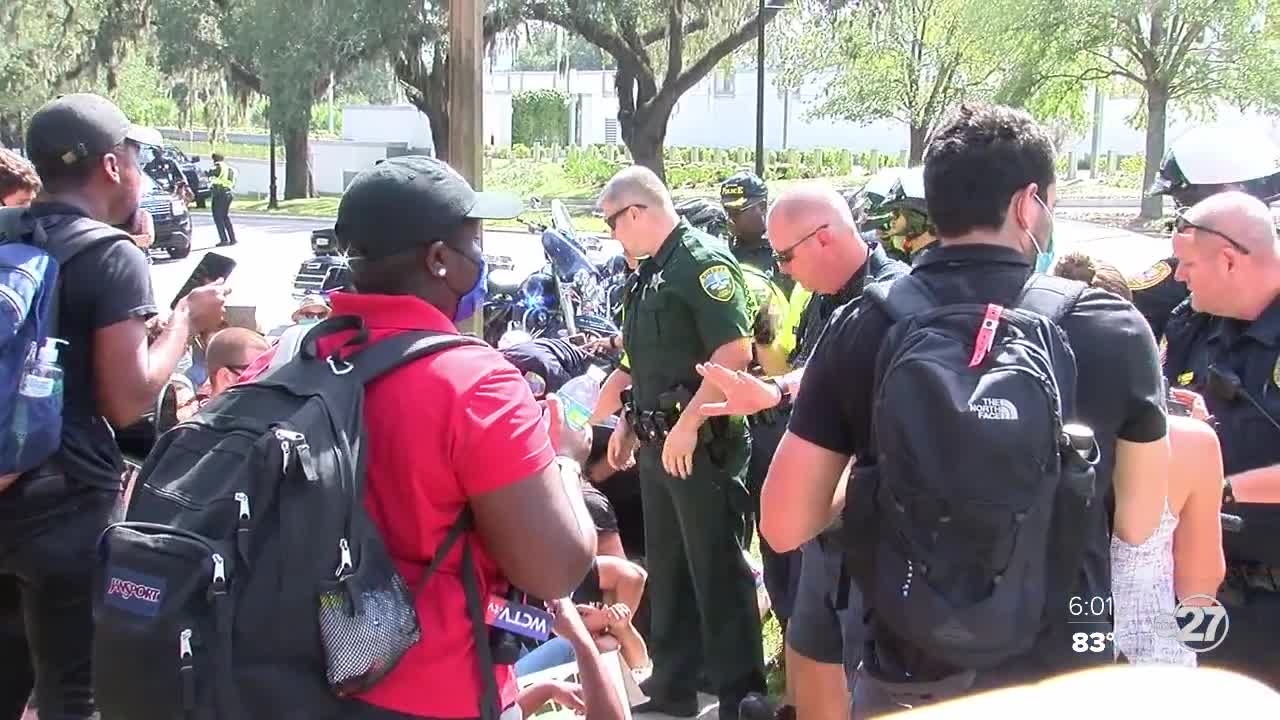 Law enforcement is still investigating the protest Saturday that led to 15 people being taken to jail that day.

TALLAHASSEE, Fla. (WTXL) — Law enforcement is still investigating the protest Saturday that led to 15 people being taken to jail that day.

Grassroots organizations along with Florida National Organization for Women and the ACLU addressed the additional arrests Thursday morning calling it an attack.

As more protesters face charges, the case against a man who pulled a gun on protesters on Aug. 29 has closed.

"I am absolutely frustrated with people who overuse violence and people who would come and try to bring guns to volatile situations," Campbell said. "But Jack's judgment doesn't trump what the Florida law requires me to follow."

State Attorney Jack Campbell says, based on stand your ground law, that man is protected from legal action.

Campbell says they're still reviewing what happened over the weekend and it is likely they could drop charges against the protesters.

However, he promised that anyone found breaking the law would be prosecuted.

"We're looking at the specific evidence on each incident and we're going to make whatever charges are appropriate," said Campbell. "But I can't fail to follow the law on this or any other incident."

Still, protesters say they're not backing down.

"It will stop," said Love. "You are making us stronger."

Law enforcement declined to make an official statement regarding the additional arrests.