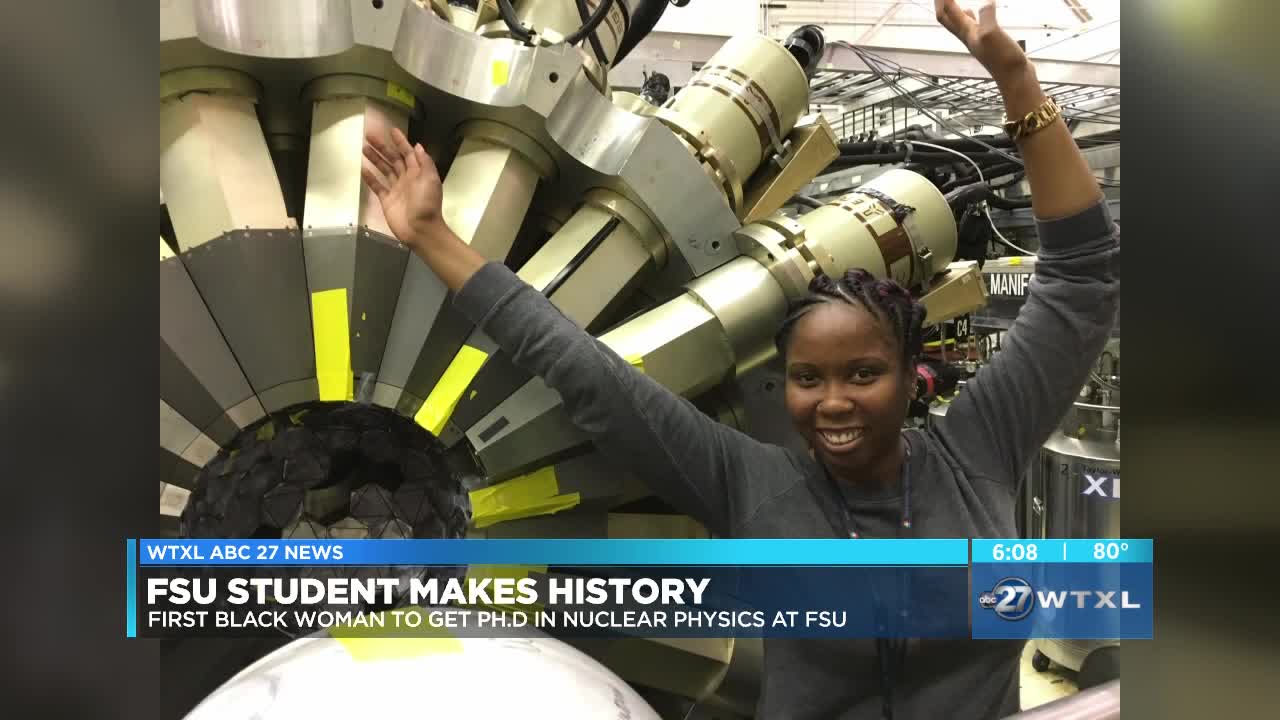 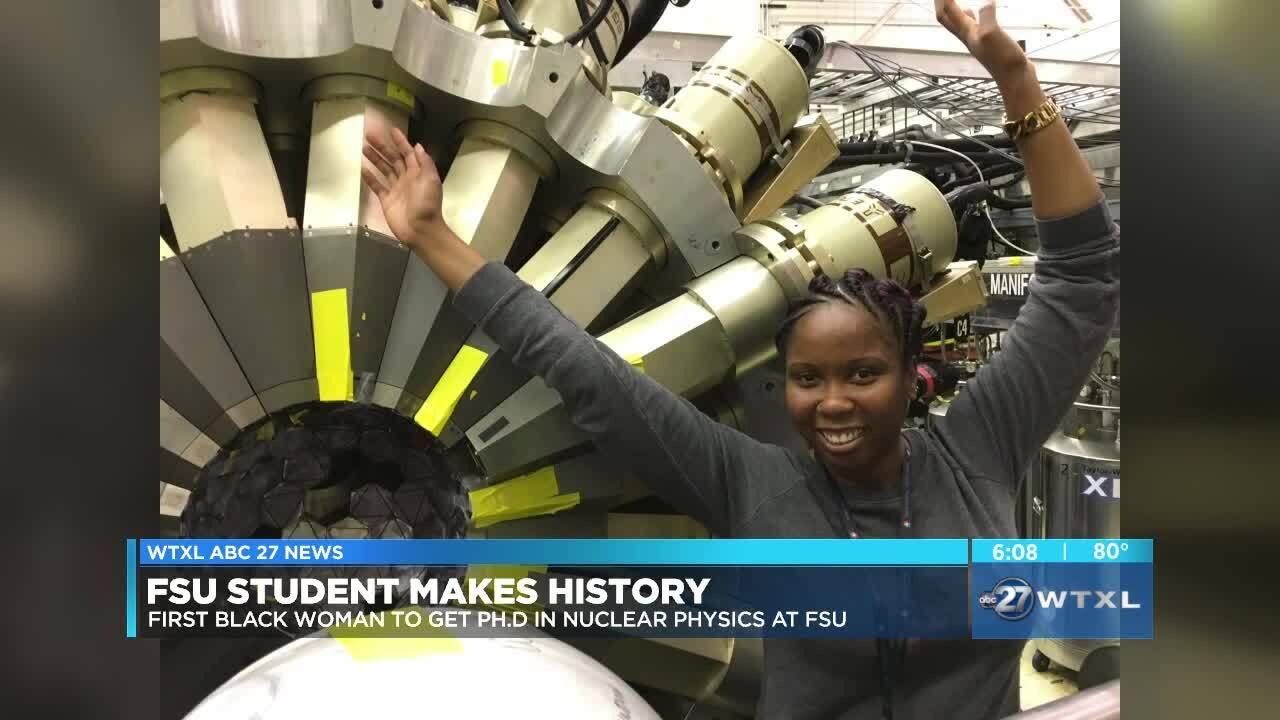 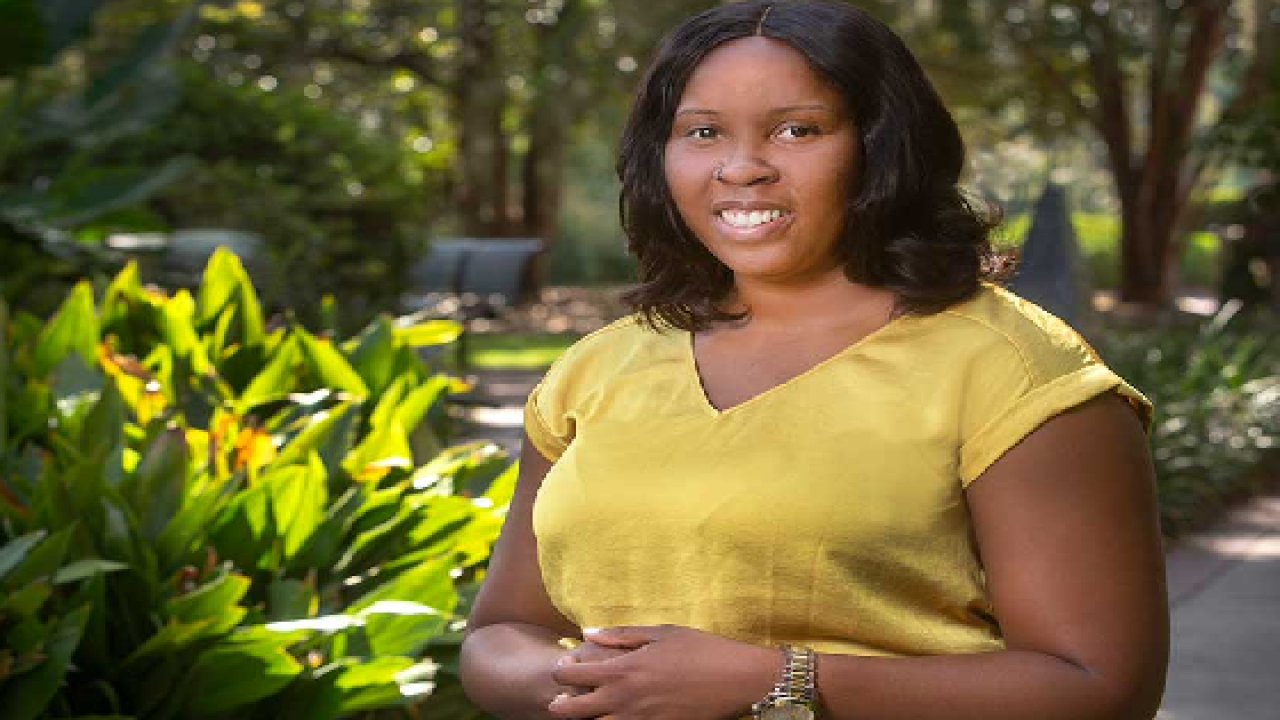 TALLAHASSEE, Fla. — Florida State University grads will soon be walking across the aisle. Along with them, a woman who is making history.

She says there's no way she would've made it here without her family, friends and FSU helping her along the way.

"The support system is the reason why I was able to finish," said Kalisa.

Kalisa is from Trinidad and Tobago. A Seminole, lover of math and science, and soon to be the university's first black woman to get a PHD in nuclear physics.

"I hope that it would encourage other young men and other young minorities and in general pursue their passions even if the people or the majority of people in the field don't look like you," said Kalisa.

Along the way Kalisa's been able to knock check a few other things off the list.

Experimenting in national labs like the Gammasphere, which you may remember from the 2003 film Hulk.

Her research has also been featured in top science journals.

Riley, one of Kalisa's professors, has been there along the way to reaching this major milestone. While the payoff will be great, it has not been easy.

Kalisa already has a job lined up after graduation.

She starts at Intel Corporation in Arizona at the end of the month.

Villafana will make history when she is hooded on Friday during the first of two summer commencement ceremonies at FSU.

Villafana received her undergraduate degree from Florida A&M University before returning to Trinidad and Tobago to work. After a year, she decided an advanced degree would provide greater career opportunities and decided to come back to Tallahassee, this time at FSU.

“When it comes to a Ph.D. program you have to feel like you’re going to thrive and the people there want you to succeed,” Villafana said. “That was what I got from FSU. None of the other schools I visited gave me that energy.”

During her FSU career, Villafana also served as a mentor to minority students with the goal of encouraging them to pursue graduate studies. Eventually, she hopes to continue to pay it forward by helping young people in her home country attend the school of their dreams.

After graduation, Villafana plans to work as a process engineer with the Intel Corporation in Arizona, but ultimately, she aspires to work as a medical physicist specializing in cancer research.

For now, Villafana looks forward to gracing FSU’s graduation stage along with two other women, Rebeka Lubna and Maria Anastasiou, who are graduating with their doctorates in nuclear physics — another historic milestone for the university.

“Hopefully, other young girls are motivated when they see us, even though the field is predominantly white and male,” Villafana said. “Hopefully, they see that they too can be a physicist. You may not see a lot of us, but we’re there. We’re out there.”

Villafana will also become the 96th black woman in the country with a Ph.D. in physics.