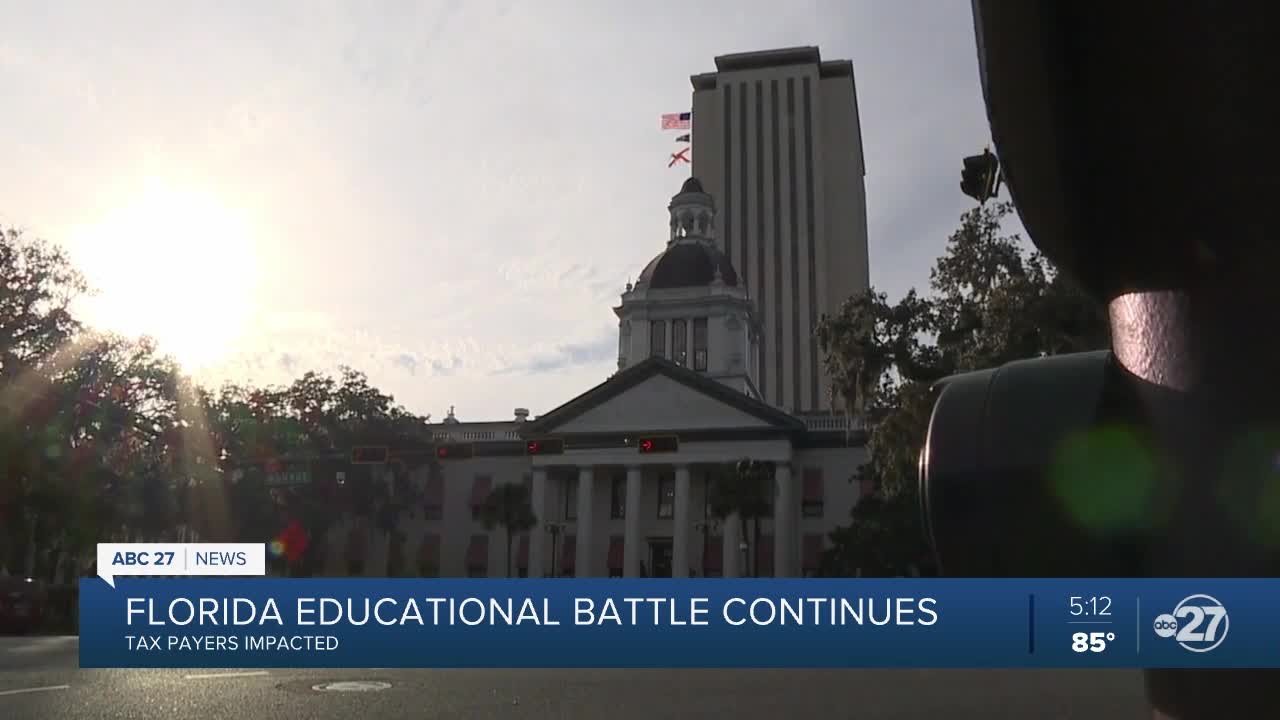 The bills are sure to pile up in the state’s ongoing lawsuit with Florida teachers union over the decision to reopen schools.

Since June, the state has hired two private law firms to represent the Governor and the Florida Department of Education against claims made by the Florida Education Association. The FEA maintains that the state's mandate to reopen brick and mortar schools amid the coronavirus pandemic or risk losing funding is unconstitutional.

As part of its legal defense, the state first contracted with the Atlanta offices of Eversheds Sutherland LLP back in June. According to the contract, legal fees incurred by the state for services from the global firm should not exceed $75,000. However, less than two months later, the contract was amended and its price more than quadrupled to $315,000.

Then, in July the state also hired Gunster corporate law firm to help litigate the matter. Initially, the Gunster contract was capped at $225,000. Less than one month later, the contract was also amended and the cap more than doubled to $550,000.

Now the state is looking at paying a total of up to $865,000 for services from both firms.

“What a waste of money. That’s a huge amount of money that we can put to keeping kids safe and improving their education,” said Bill Newton, a government watchdog with Florida’s Consumer Action Network.

“Yes, this is a very expensive lawsuit on both sides,” said Andrew Spar, President of Florida’s Education Association. Last month the union claimed victory in the case when a Leon County Judge ruled in favor of the teachers union.

The Governor’s office and the Florida Department of Education are appealing the ruling. During a roundtable discussion last month, Governor DeSantis said, “I think we’ll win the appeal obviously otherwise we wouldn’t be doing it.”

Both the Governor and Florida Education Commissioner, Richard Corcoran, maintain that schools need to offer in-person instruction for various reasons including potential child care issues parents who have to leave home for work would face if brick and mortar wasn’t an option.

In Palm Beach County, Miami-Dade, Broward, and Hillsborough County, schools were mandated to offer in-person instruction despite concerns about rising cases. County health officials also have warned some school districts it wasn’t safe to welcome students and teachers back to campus while positive cases of the virus were still increasing.

According to the state contracts, the state is paying the private lawyers between $450 and $495 per hour to help them defeat the teachers union. In a 2018 Florida Bar Survey, the median hourly rate for attorneys in Florida was $300. However, it’s typical for attorney rates to vary depending on the kind of law they are practicing and their level of expertise.

Fenske, with the FL Department of Education, provided the following statement in response to the hourly rate and the overall expenses of the ongoing court battle, “the Department negotiated a blended attorney rate of $450/hour, which represents a substantial discount for the senior level partners who are assisting the Department with the defense of this litigation.” Fenske added, “It’s entirely up to the FEA to end their frivolous lawsuit if they would like to save taxpayers from these expenses.

Not surprisingly, the state teachers union feels the same.

“We should be talking about solutions, we shouldn’t be having to fight this in the courts,” said Spar. “If they [the state] had done that from the beginning we wouldn’t even be in this position and they wouldn’t have to spend this money,” Spar said.