Some protesters arrested in Sept. may defer charges by attending Race Relations Summit 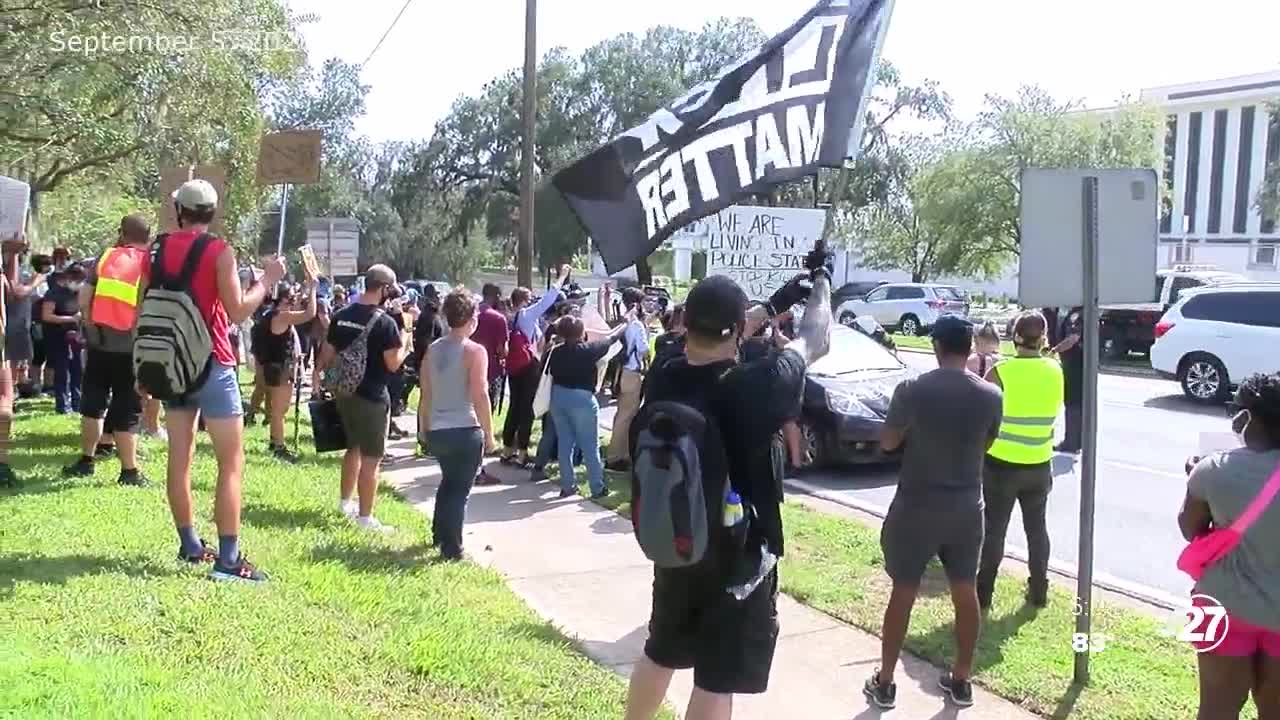 Some Tallahassee protesters facing charges from a September protest now have the option of joining a diversion program.

TALLAHASSEE, Fla. (WTXL) — Some Tallahassee protesters facing charges from a September protest now have the option of joining a diversion program.

The protesters are split. Some are opting to take the diversion program and put the arrest behind them, while others say they'll continue to fight for their innocence.

A second chance as some call it, allowing 17 of the 19 protesters arrested at a Tallahassee protest to go through a diversion program, walking away with a clean record.

"Some are not necessarily excited about it, but see it as closure and as a way to resolve the case," said Mutaqee Akbar. "Others are just outright rejecting it."

Akbar represents 12 of the people arrested on Sept. 5 when Tallahassee Police say protesters interfered with a traffic stop resulting in some officers even being hit.

Trish Brown was the woman in the car during that traffic stop and she says there's one particular condition that she agrees with: Having to participate in a race relations summit.

"The race summit is something that we were already considering participating in anyway," said Brown.

The Race Relations Summit is hosted by the City of Tallahassee.

Mayor Pro Tem Dianne WIllaims-Cox says making it a conditional is a the next step towards healing in the county.

"You know, we can talk about lawful protest and how to do it, and so I think that it's a win-win," Williams-Cox said. "I'm hoping that the The young people will see that as such. But this is kind of, you know, unheard of in Leon County. So I'm hoping that they take advantage of it."

Brown is one of the people deciding against the diversion program though.

"I'm standing in solidarity with my comrades, my family TCAC, and the rest of the group impacted by this," said Brown.

Under the program, only the people not facing a felony can participate.

Typically diversion programs include community service and fines but this one is adding the summit to cater specifically to the protesters.

Brown says it doesn't feel right to her.

"It's saying 'if you don't behave if you are a good girl or a good boy, then at the end of diversion, you will not go to jail,'" Brown said. "It's not different from probation."

Anyone in the community can sign up to participate by clicking here.