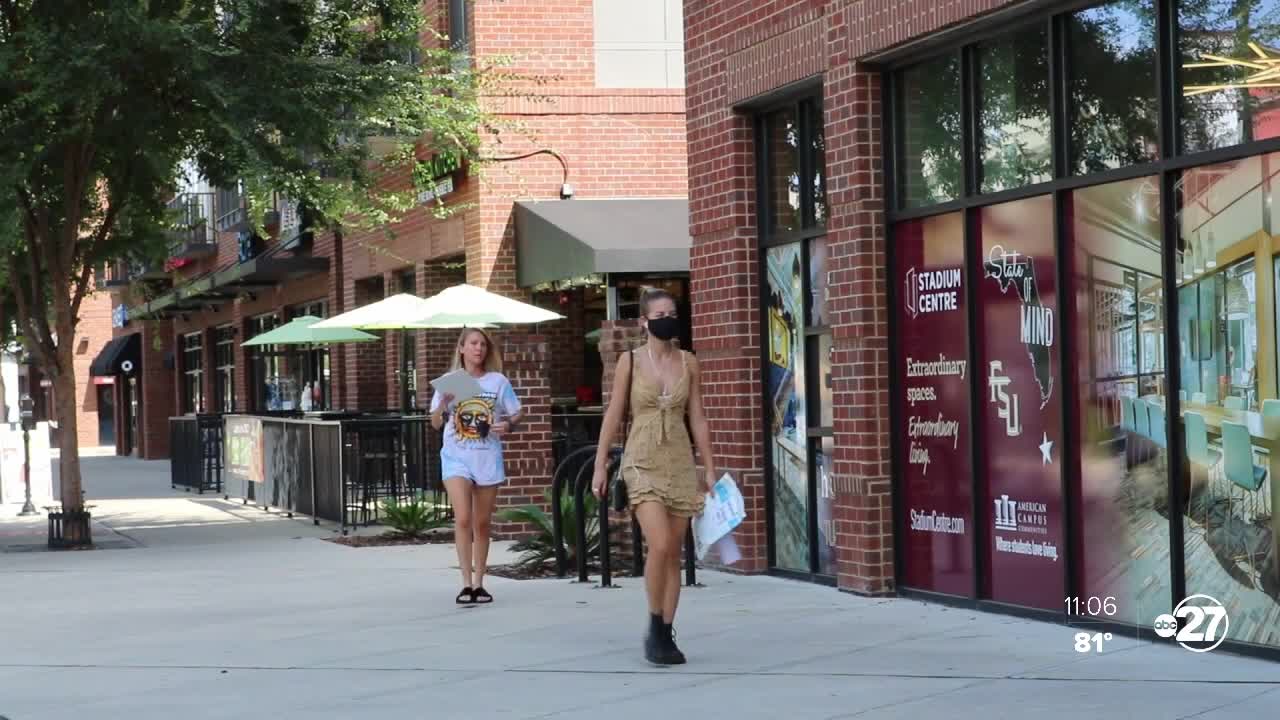 Collegetown businesses are bouncing back a little over a week after students returned to campus after months of struggling through a pandemic.

TALLAHASSEE, Fla. (WTXL) — Collegetown businesses are bouncing back a little over a week after students returned to campus after months of struggling through a pandemic.

"It's not as busy as it used to be but it's definitely getting back into a nice flow," said Jasmine Newsome of Campus Greek and Embroidery.

That flow is what Campus Greek and Embroidery Shop has been waiting for since March.

They moved sales to curbside, pickup, and online while things were shut down, but now the college crowd is back and so is their business.

"They are a big influence on our sales so it's really great to see them back," Newsome said.

Social distancing measures allow only five people in the store at a time so the crowded store they were used to isn't the same, but they say they're optimistic.

The owner of All Saints Cafe, Evan McGlaughlin says within a week or so he's seen great improvement, but they have a long way to go before they make up what they lost.

"Sales have been about double since the students have been back," said McGlaughlin. "But that's still about half of where we need to be currently. But we're more optimistic than we were before."

Another hit to the business is the county-wide curfew.

"We're usually open 'til midnight now," McGlaughlin said. "We used to be 24/7, but it would be a much bigger blow if we still were."

The well-known study hub is closing at 10 p.m. now to allow employees time to get home before the 11:00 p.m. curfew begins.

They're hoping the curfew isn't extended past Sept. 8.

Many other businesses along the strip reduced their hours due to the pandemic so the curfew isn't an issue.

These shops are focused on getting back on their feet after a slow summer.

"It's been tough but we're working through it," said McGlaughlin. "So it's a good thing that their back. We're just hoping that everyone stays safe and follows the procedures that the state puts out."

Shops in the area say they are hoping football season will help bring in the profit that was lost when businesses were closed.

They encourage everyone to shop locally, not just college students.