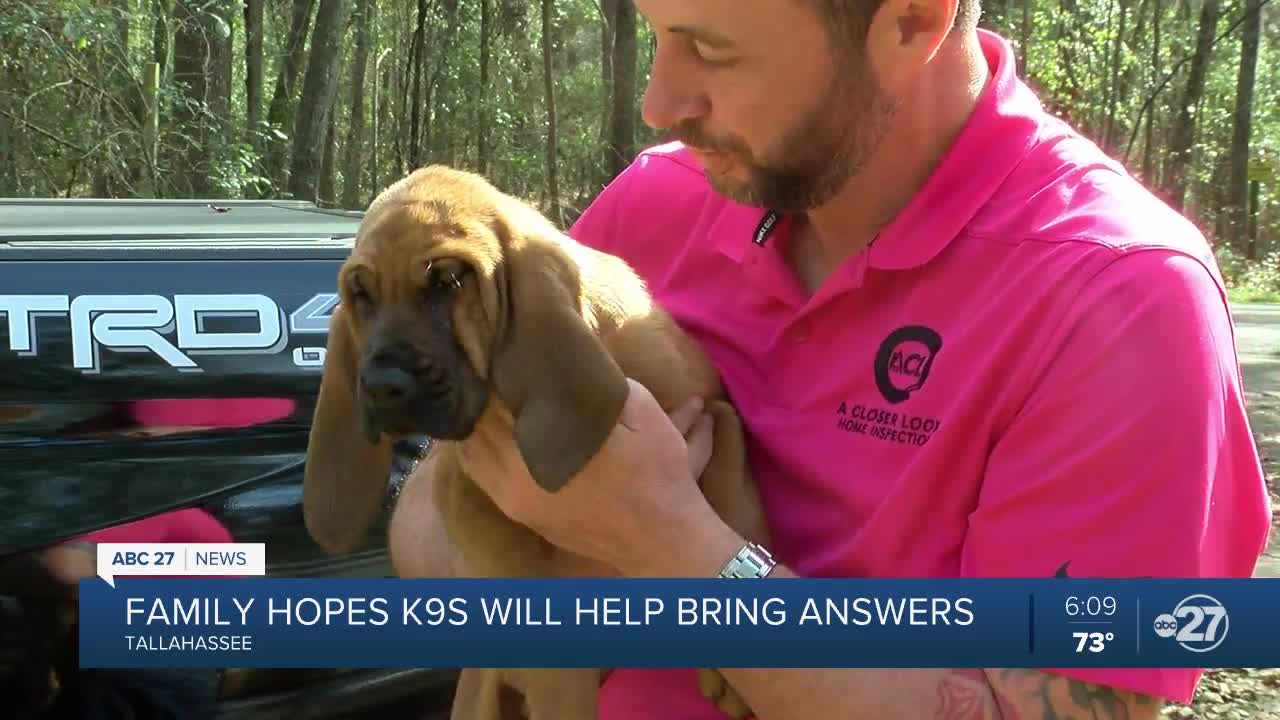 These puppies might be cute but they are more than just sweet faces. They're a new tool in the search for people who have disappeared without a trace.

TALLAHASSEE, Fla. (WTXL) — These puppies might be cute but they are more than just sweet faces. They're a new tool in the search for people who have disappeared without a trace.

Those dogs will be trained to use body odor to track down missing people.

They're doing this with the help of a Tallahassee man whose been searching for his brother for decades.

"We haven't given up hope," said Joel Hagans. "Our family still believes he is out there somewhere."

Joel Hagans holds onto hope that he will find his brother Jonathan who disappeared on a family trip in 1968,

"They were enjoying a nice day at the beach during the summer. They had been there for a while, so my mom went to a nearby snack bar and while she was in there, my 3-year-old brother wanted his mom so my father was like, 'Okay, go find your mom," Hagans explained. "My father watched him the whole way, then my mom came back and she asked, 'Where's Jonathan?' That's when they realized he was missing."

Since that day, life for the Hagans' family has not been the same.

"It's definitely different because I have to explain to people, 'Yes, I'm the baby of eight but I never met one of my brothers," said Hagans.

More than 40 years later, Hagans has found a new purpose in the midst of pain.

A few months ago, he was introduced to Paul Coley, the CEO for the Tallahassee based company Scent Evidence K-9. The company uses K-9s to track down lost people using body odor to reunite them with their family.

"I asked how I can be involved and bring attention to the journey they are doing to help missing children and adults as well," Hagans said.

In the past three months, the company has gained a total of 14 puppies that will be trained and taken all over the U.S.

"It's very exciting every time we get a new group in -- a new group of life savers," said Coley. "They will be going out in eight to 10 months to save lives. We are really really excited."

One of the puppies is even named John, after Hagans' brother.

"Just knowing that a K-9 is named in honor of my brother can help bring someone home, it really warms my heart and also my families' heart," Hagans said.

The bloodhound puppies have already begun scent training. The other 12 will start once they reach 9 weeks old.