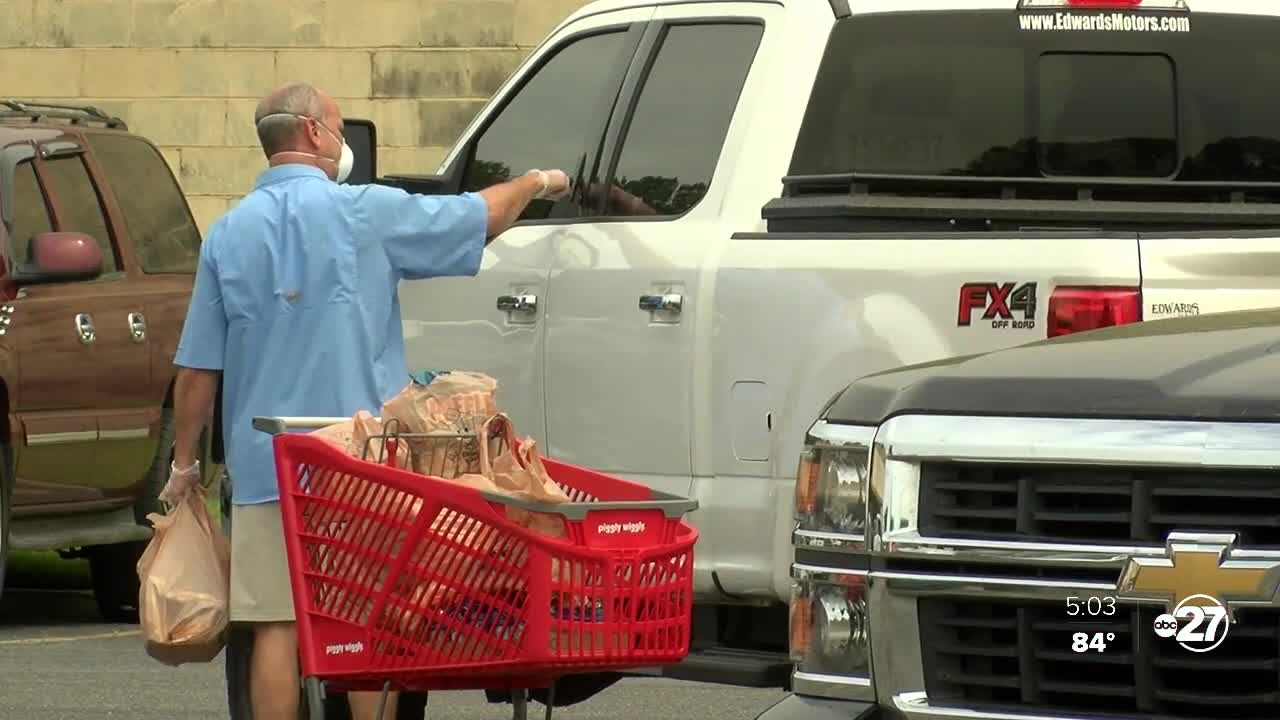 News about Sanderson Farms employees in Dougherty County sent home due to the coronavirus pandemic has people in the Big Bend area and south Georgia wondering what's safe at grocery stores.

MOULTRIE, Ga. (WTXL) — News about hundreds of Sanderson Farms employees being sent home due to the coronavirus pandemic has people in the Big Bend area and south Georgia wondering what's safe at grocery stores.

For many people, buying chicken is a basic necessity, but Sanderson Farms, one of the largest chicken producers in the area, is cutting down after more than 400 hundred Moultrie employees were asked to self-quarantine.

Stocking the fridge and pantry are basic necessities, but lately trips to the grocery store have been different.

"It's like they're pretty much out of everything," said Joseph Godfrey, Piggly Wiggly shopper.

Now, the COVID-19 outbreak at one chicken farm has shoppers even more concerned about grabbing food.

The CEO of Sanderson Farms told workers in a call, that 15 employees had tested positive for COVID-19 and three dozen more are waiting for test results.

That news shocked the community.

"There should be more regulations," Godfrey said. "They should shut them down."

But the Sanderson Farms plant in Moultrie, Georgia is still up and running with half its staff.

The CEO, Joe Sanderson, announced on the conference call that 415 Moultrie workers who lived in Dougherty County were asked to quarantine for two weeks.

"We have no indication these employees aren't healthy, but have done this as a precaution and on the advice and counsel of the local health department officials," Sanderson said.

While Sanderson Farms assures people there's no reason to worry about the chicken, people are still split.

"At this point, you've got to realize that we're in a situation where everything is, or can be, tainted," Robert Beard said.

"So I'm buying canned goods," said Bradley. "It's already in the can, and I'm eating that."

Sanderson Farms is also looking at having to euthanize chickens because of the outbreak. They're also planning to produce a million birds, that's about 300,000 less than normal.