Bicyclist taken to hospital after car crash in Tallahassee 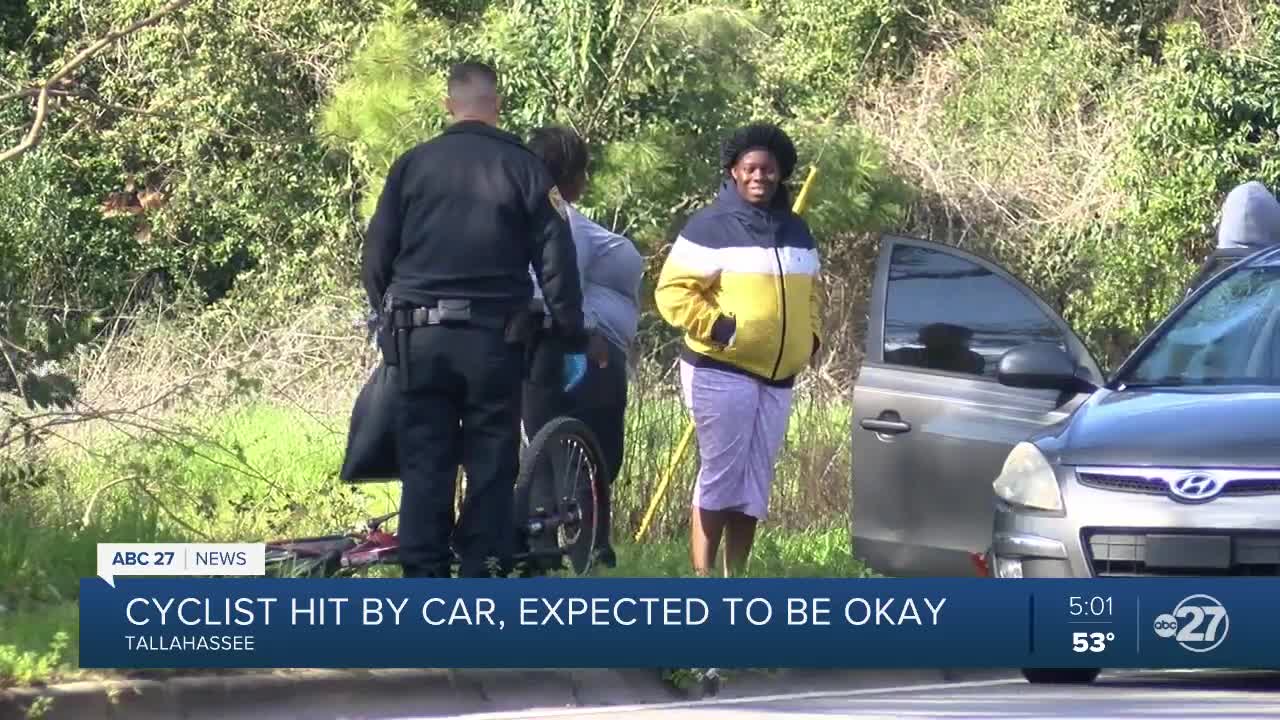 A Tallahassee man is in the hospital after getting hit by a car on White Drive.

TALLAHASSEE, Fla. (WTXL) — A Tallahassee man is in the hospital after getting hit by a car.

Tallahassee Police say the 27-year-old was riding his bike down White Drive, heading toward Tennessee Street.

Officers explain he tried to cross lane and that's when he got hit. He was taken to the hospital.

Some residents in the area say speed is an issue on White Drive, especially when turning because it's "practically a blind spot."

The scene is now cleared and we're told the cyclist is expected to be okay.

Tallahassee Police want to remind people to think twice when riding bicycles and driving through neighborhoods.