Remington Streetscape Project brings safety with a face-lift to Thomasville 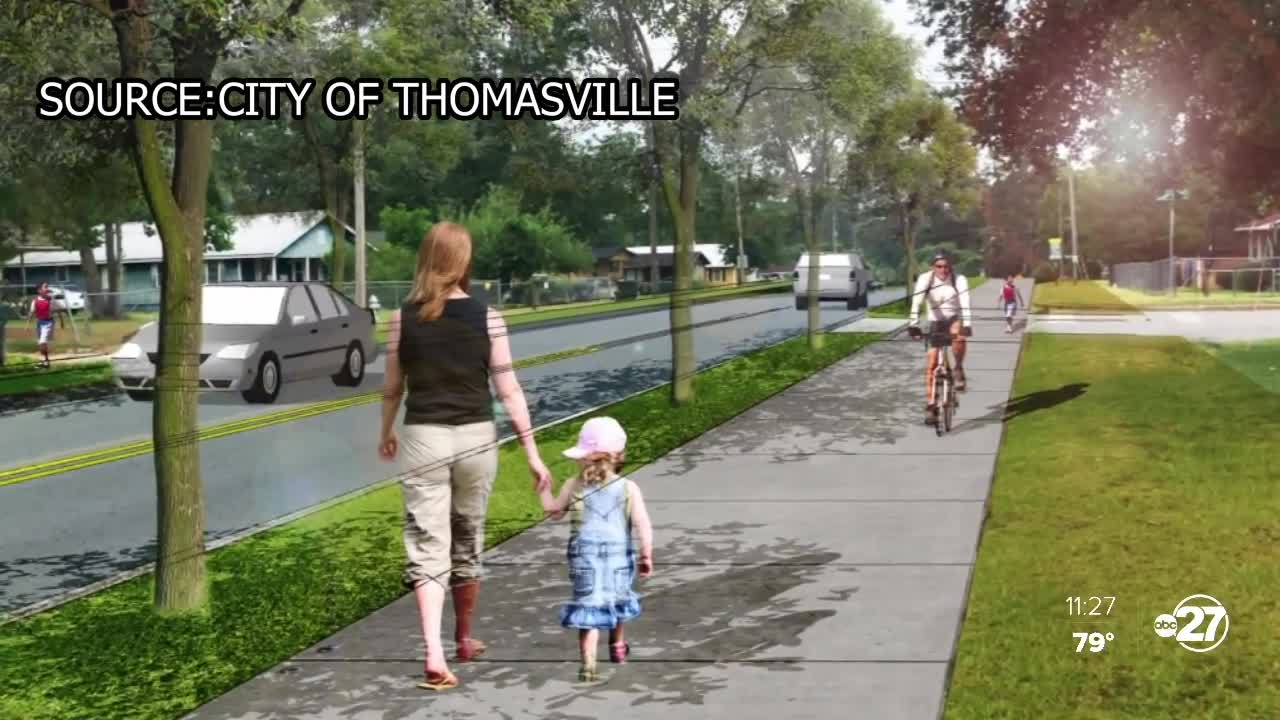 A major Thomasville corridor is getting a face-lift after the city received funding to start the Remington Streetscape project.

THOMASVILLE, Ga. (WTXL) — A major Thomasville corridor is getting a face-lift after the city received funding to start the Remington Streetscape project.

Neighbors along the road had been complaining for years about much-needed improvements.

Last year the city presented plans on how the corridor could look but needed the dollars to do it.

Now, through a grant, the city is able to focus on fixing it up.

People in the area say they hope this will take away the hassle of traveling back and forth.

"The road is a little rough," said Willem Hattnik, a Thomasville resident. "There's definitely spots where they can fill in gaps and things like that."

Hattink lives along Remington Avenue in the Mitchell's Place neighborhood.

He says the road is known for its potholes, usually making for a rough ride to and from work.

But for Hattnik, the need for a more pedestrian-friendly space is priority for safety.

"Every now and then you'll have to swerve out of the way," Hattnik said. "I think widening the road or putting a pedestrian alley on the road would be a huge help."

The City of Thomasville says that's what the Remington Avenue Streetscape Project will do.

"We were awarded $1 million in grant funding," said Wayne Newsome, a City of Thomasville engineer. "It also included a $2,115,000 loan which will cover a large portion of the construction project."

That money would pay for a sidewalk on the south side of the road, eight to 10 feet wide.

Roundabouts and traffic signals are also in the works.

"There is absolutely no facilities there now and people are walking either right on the edge of the pavement shoulder, or sometimes on the street riding their bikes," Newsome said. "So it's not a safe situation."

The corridor is the longest in Thomasville.

This plan is designed to get it back in good condition.

Once started Newsome says he expects around a 10-month completion process.

The city is looking to start the project next spring. They are currently in the process of accepting bids for construction.