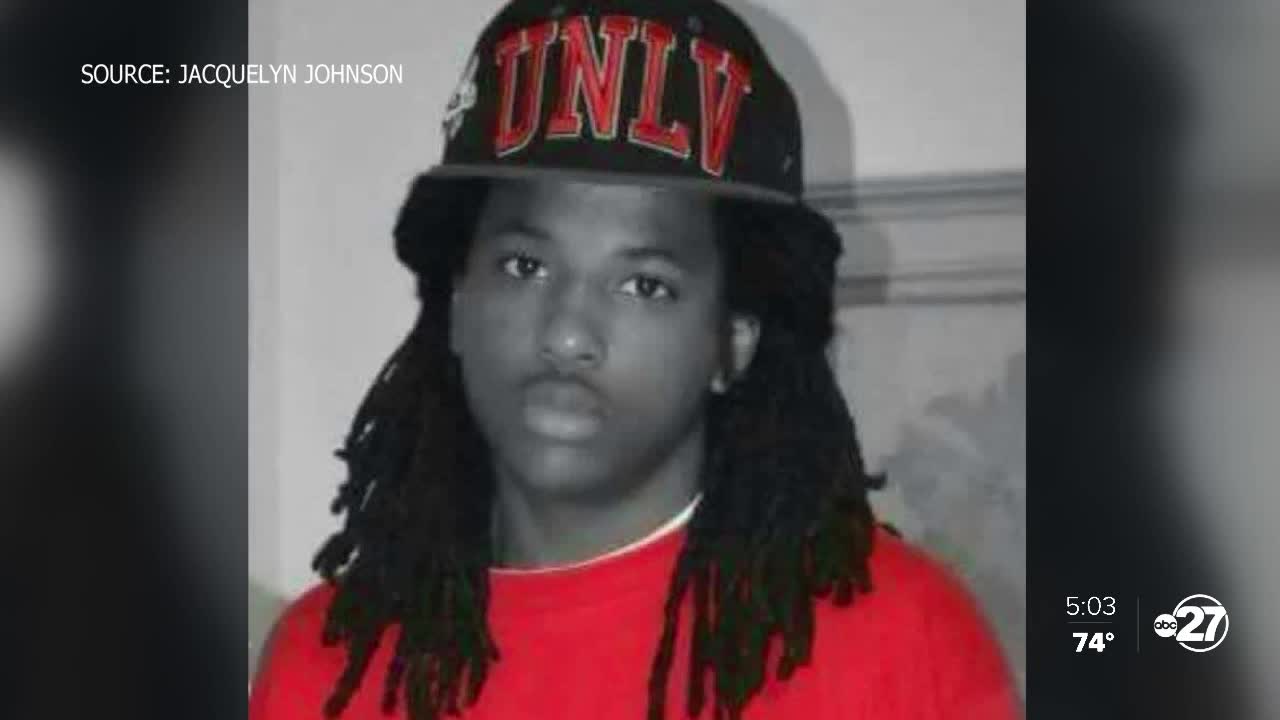 Seven years. That's how long it's been since Kendrick Johnson's body was found rolled up in a wrestling mat at Lowndes High School.

VALDOSTA, Ga. (WTXL) — Who killed Kendrick Johnson? It's the question his family has been asking for years now.

Seven years. That's how long it's been since Kendrick Johnson's body was found rolled up in a wrestling mat at Lowndes High School.

His death has remained a mystery to family while authorities closed the case, claiming he suffocated.

Friday, family let off white balloons all in his memory.

Kendrick's mom Jacquelyn says her son was murdered. And, they're not giving up hope they'll find his killer.

"I want to remind everybody what happened to Kendrick seven years ago because I'm not going to let it go to sleep," said Jacquelyn Johnson.

She says not a day goes by that she doesn't think of her son Kendrick.

"He loved football, that was his passion in life. He knew he was going to make it in football," Kendrick's mother explained. "He was the baby boy of the family, he was the one that kept everybody on their toes."

Johnson says some of the best times were watching him play.

"I used to be the loudest mom at the football game. I used to be like, 'That's my boy!' He would be like, 'Mom, I heard your mouth over everybody in the stands,' and it's like... that's right," said Jacquelyn. "It's just something when you know your child. Then for him to be taken away in a blink of an eye."

Investigators say the 17-year-old was found upside down in a rolled up gym mat on January 10, 2013.

An initial autopsy found that his death was accidental and that he suffocated to death. His mom is not convinced that's what really happened.

"My son got into an altercation and it led up to his death," Jacquelyn explained.

"No one is dumb, no one is blind and everyone can see that this is a cover-up," said Regina Troupe.

Regina Troupe's kids went to school with Kendrick. Her youngest says even now, his memory haunts the halls.

"She says she felt his presence there. She said, 'Mom, something is just not right,'" Troupe said.

Johnson says no matter how much of a fight she gets from authorities, she's not giving up. Now, she's pushing to re-open the case again.

The Johnsons will have a different kind of remembrance for the teenager Saturday. The group will march to Lowndes High School, chanting for justice for Kendrick.