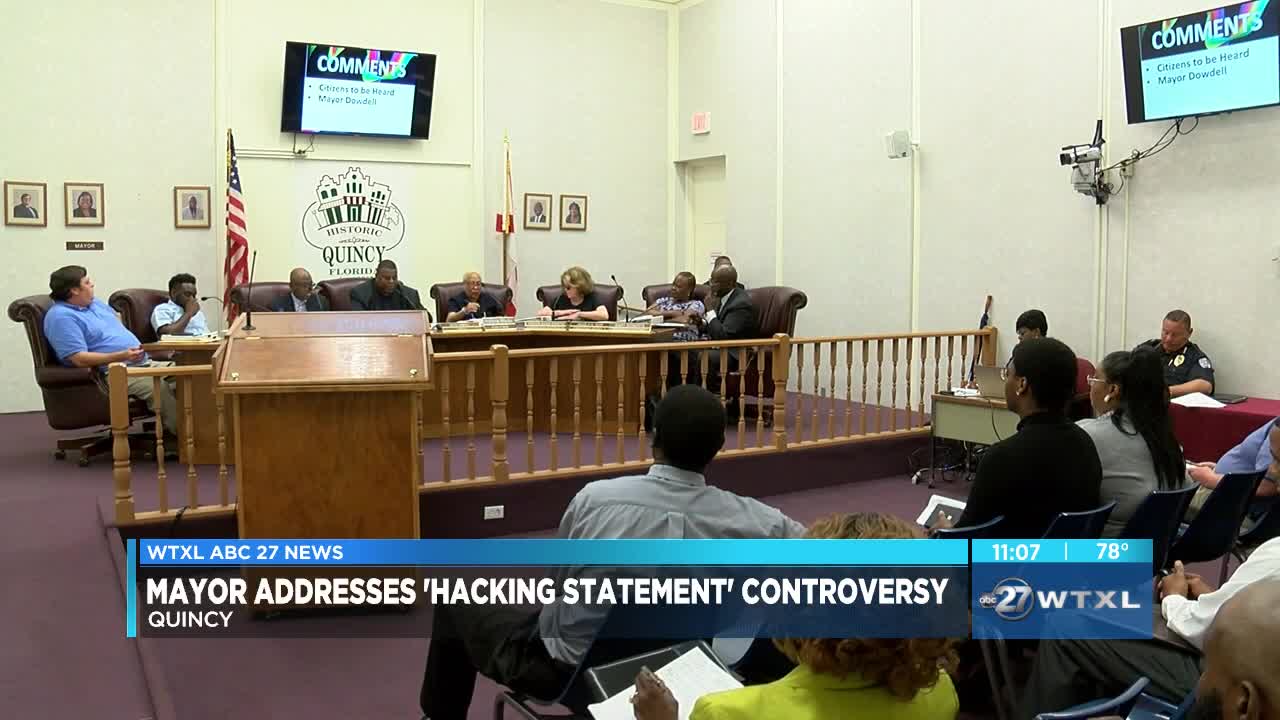 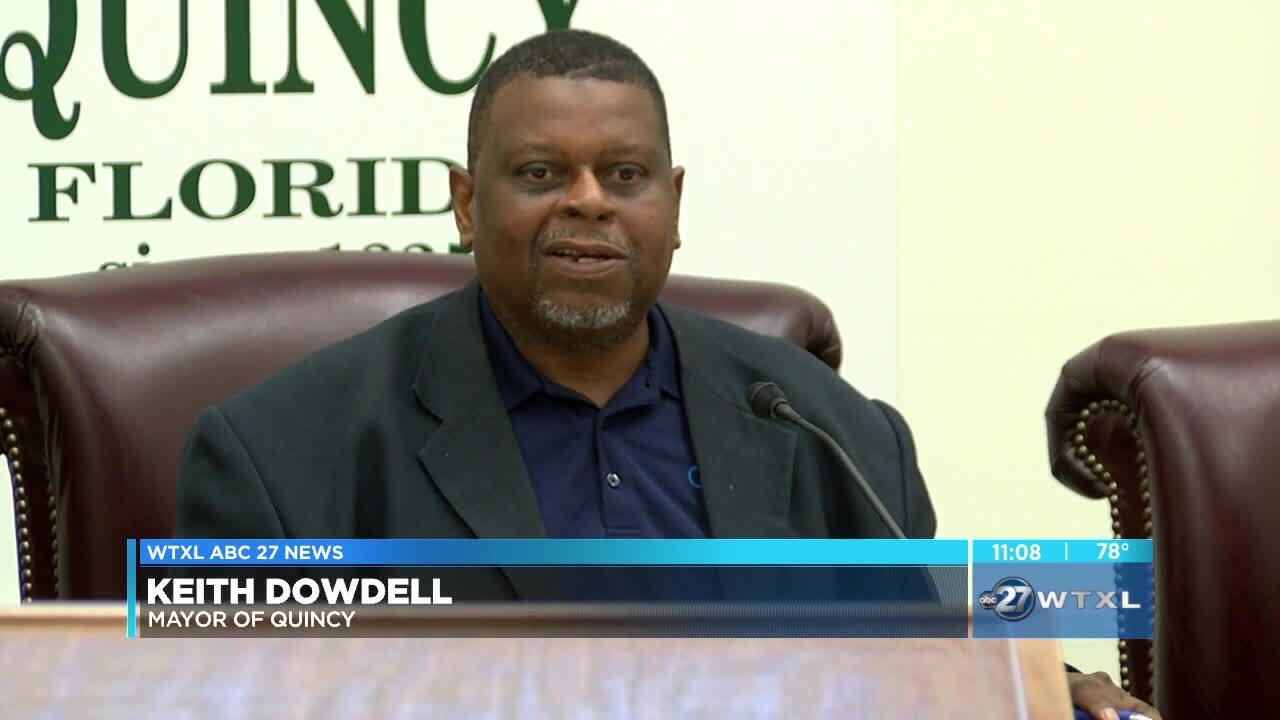 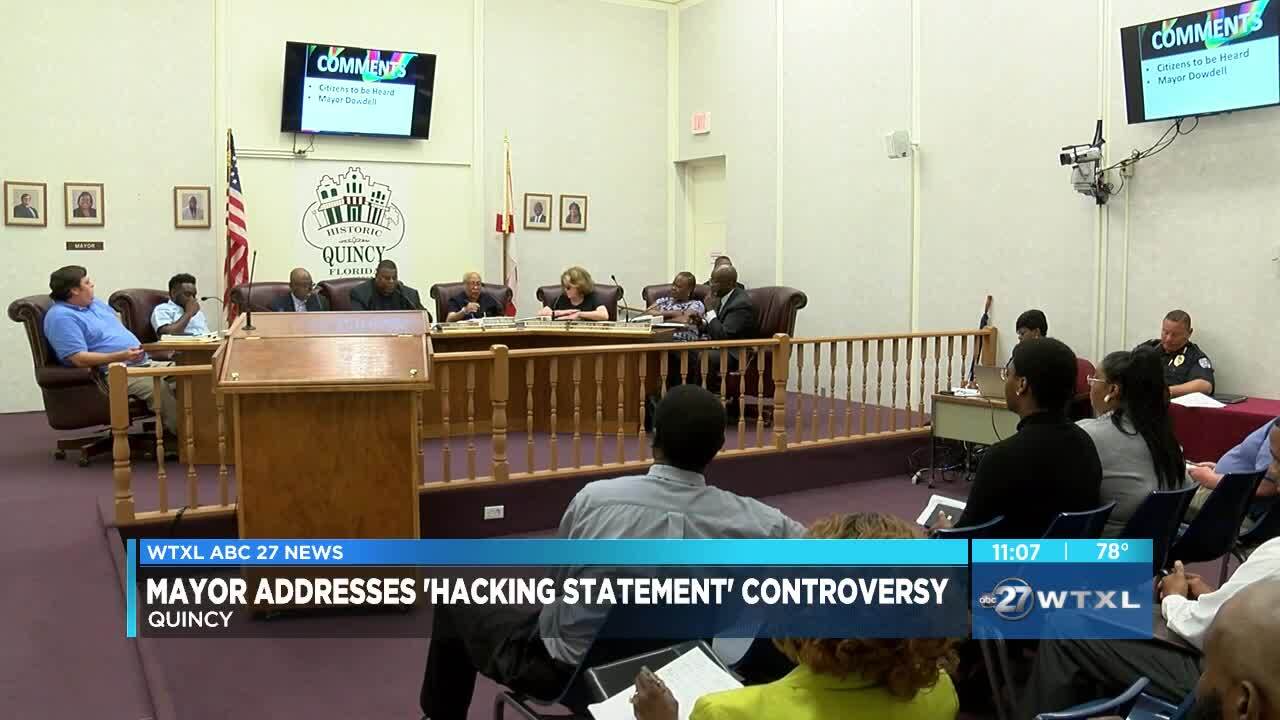 TALLAHASSEE, Fla. (WTXL) — On Tuesday night, Quincy's Mayor addressed the controversy over whether or not people's emails are being hacked.

It comes after the last commission meeting, where he told people to make sure their email is secure because it's not. Then saying, "I know how to go through the back door."

Neighbors say he implied that he could hack into people's private emails.

Tuesday, during public comment, Mayor Keith Dowdell spoke up, saying people took what he said out of context.

"I keep trying to tell you all over and over you can talk to me, you could've asked me the question of what do you mean by backdoor," said Keith Dowdell.

Quincy residents who spoke at the meeting said if the mayor actually did hack citizens emails it would be "distasteful and undercutting of a mayoral office."