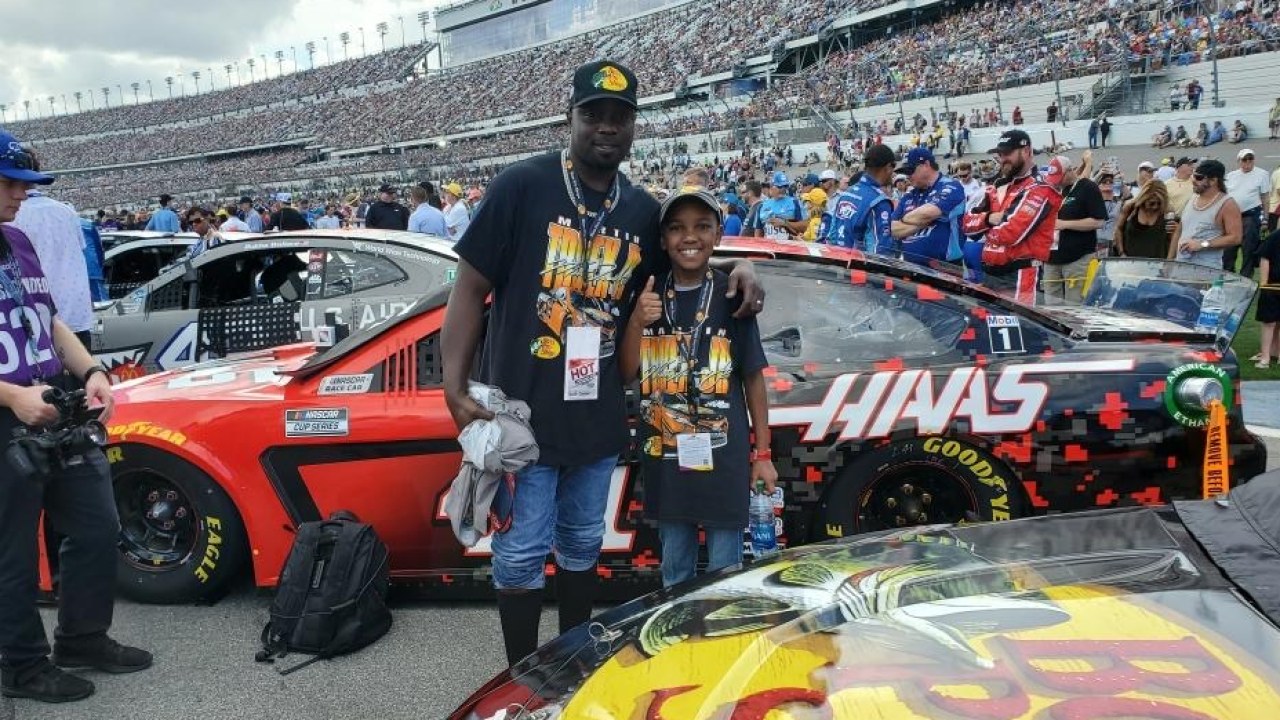 Now, the young fisherman's viral video has gone beyond the Big Bend and straight to the CEO of Bass Pro Shops.

He was filled with excitement as he caught a 7-pound bass, the biggest catch of his life.

His reaction caught love from you at home and even caught the attention of Bass Pro Shops in Tallahassee.

When the manager of Bass Pro Shops in Tallahassee saw the video of Kemari Cooper reeling in "the big one," and then letting it go, he wanted to give Kemari another surprise.

They asked Kemari and his family to come to the store Monday, where they presented him with his own baitcaster: a Johnny Morris Signature Series reel and a pro-qualifier rod.

That video then made its way to the Bass Pro CEO who wanted to meet the viral sensation.

As part of his VIP experience this weekend, the CEO of Bass Pro invited Ke'mari and his father to the Daytona 500 race.

Ke'mari and his father are both huge racing fans.

At the Daytona 500 on Sunday, they got to go in the pit before the race and Ke'mari also got to join the driver's meeting before they lined up, started their engines and the green flag was waved.

Then, after it started raining, they got to go the infield area where they got a 360-view of the track.

Ke'mari and his father also went fishing with the Bass Pro CEO.