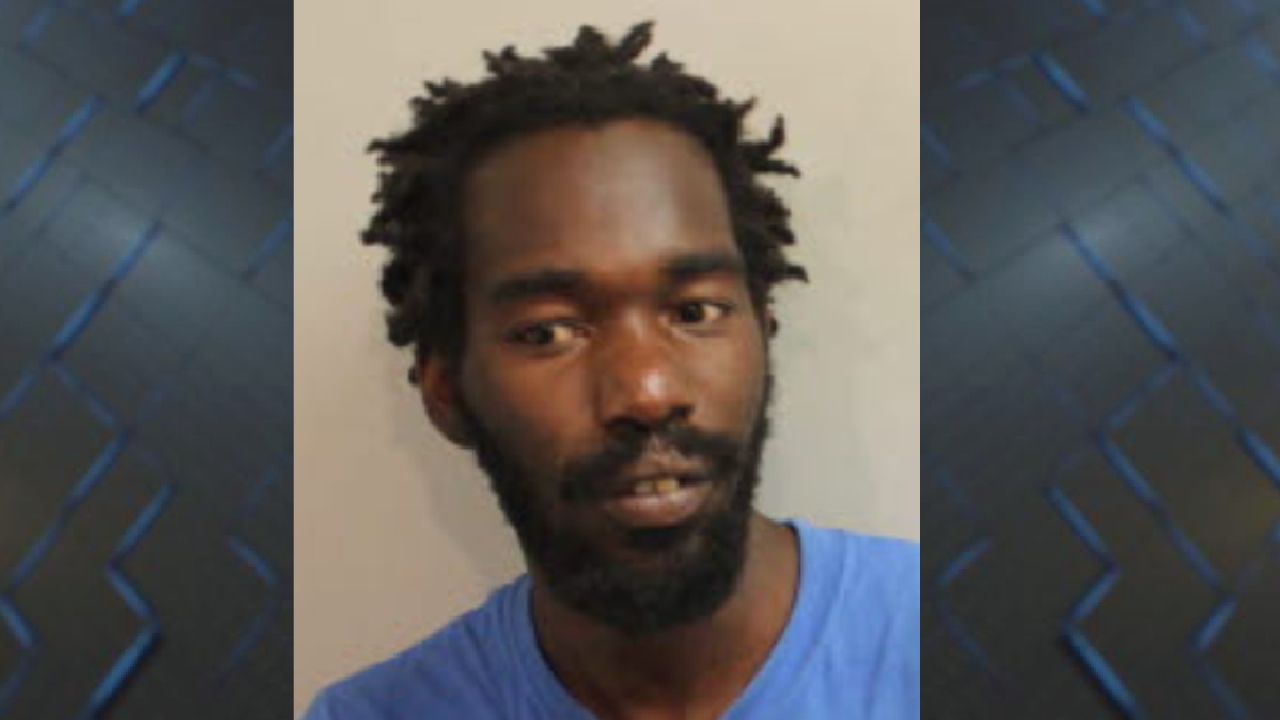 TALLAHASSEE, Fla. (WTXL) — A Tallahassee man has been arrested on multiple counts of aggravated assault on a law enforcement officer after he threatened officers at a local gas station by attempting to blow up a gas pump.

Cameron Dugans, 24, was arrested Monday afternoon after Tallahassee Police officers in the 1100 block of West Orange Avenue were flagged down by an individual for a trespassing at the Marathon gas station. According to an arrest report, the person told officers that Dugans had been trespassed from the location but was standing at the front door of the business.

When officers approached Dugans, documents say he quickly walked over to a nearby gas pump, grabbed the nozzle, and placed a lighter to the end of it despite officers' commands to stop. While holding the lighter, Dugans stated several times, "I know it's the end of the world," and told officers to get away from him.

As additional officers arrived, Dugans continued to ignore officers' commands and kept pacing back and forth.

Fearful that Dugans would ignite the pump, documents say officers told the owner of the store to shut off the pumps and moved into position to apprehend Dugan. As they moved closer, officers say Dugan stated, "take one step closer" and "are you ready."

"As [officers] took one step closer to Dugans, he struck the lighter igniting the flame," documents say. "He then placed it inside the nozzle." Before the gas could spark, officers rushed in and grabbed Dugan's arm and tackled him to the ground, securing the gas pump nozzle and handcuffing Dugan.

When officers searched him, they found a glass pipe and two baggies of presumptive meth in his pocket.

Based on the evidence, Dugans was taken to jail and charged with two counts of aggravated assault on a law enforcement officer, smuggling contraband into a detention facility, trespassing, possession of narcotic equipment, and resisting arrest. He is being held in jail on a $22,250 bond.