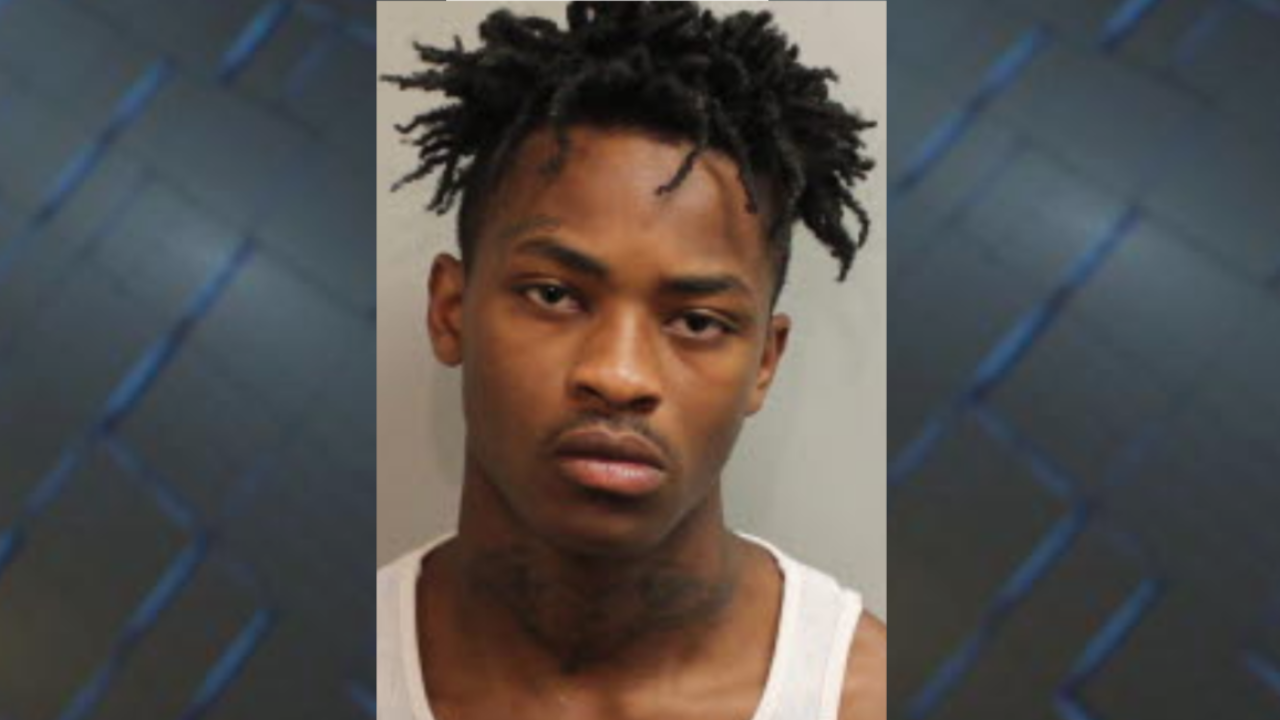 TALLAHASSEE, Fla. (WTXL) — A wanted man who escaped arrest twice in one day is finally behind bars after leading deputies on a high-speed chase in a stolen car while a 75-year-old woman was trapped inside.

Court documents say Leon County deputies were conducting a proactive traffic enforcement in the area of Crawfordville and Ross roads on June 24.

While conducting the traffic enforcement, deputies saw a Toyota Camry speeding on Crawfordville Road and proceeded to conduct a traffic stop on the Camry at a nearby Sunoco gas station. Once the Camry stopped, documents say the back passenger door swung open and the suspect exited the vehicle.

Deputies later identified the suspect as 20-year-old Etavious Milton. Authorities told Milton to stop but he ignored them and kept running, deputies following him as he ran.

A few minutes later, additional deputies responded to area of Crossway Road and Crawfordville Highway in regards to a BOLO for a fleeing suspect. During the investigation, authorities noticed a Volkswagen Jetta speeding through the area without any headlights on.

While the vehicle was driving near Balkin Road, the car aggressively accelerated towards a marked LCSO patrol vehicle, nearly striking it head-on while a deputy was inside.

As deputies continued searching the area, they were flagged down by a victim who said her Volkswagen Jetta was stolen from her driveway. The victim also told deputies that one of her 75-year-old family members was inside the vehicle when it was stolen.

The woman said she was in her driveway when the suspect approached her and demanded a ride. However, when the victim refused, Milton went got into the car through the unlocked driver's side door and sped away.

Documents say deputies later learned that the missing elderly woman ended up at the Quincy Police Department. LCSO then responded to QPD headquarters and found the 75-year-old woman safe and unharmed.

The kidnapped victim told deputies multiple times that she was in fear for her safety as Milton drove erratically at a high speed and began praying for help. When he eventually evaded deputies, she said Milton drove out of town and stopped the vehicle along Highway 90.

That's when Milton directed the victim to drive away in the car. He then ran away and the victim kept driving until she found help from law enforcement.

During the investigation, deputies learned that Milton was wanted for five active warrants including charges for violation of probation on grand theft and aggravated assault charges. However, Milton managed to escape deputies once again.

According to arrest documents, Leon County deputies found Milton at a family member's house on Tuesday. He tried to jump out of a window, but was brought to the ground by a K9 and arrested without incident.

In addition to his active warrants, he is being charged with kidnapping, aggravated assault on law enforcement and grand theft of a motor vehicle.