People living along Withlacoochee River fed up with spills 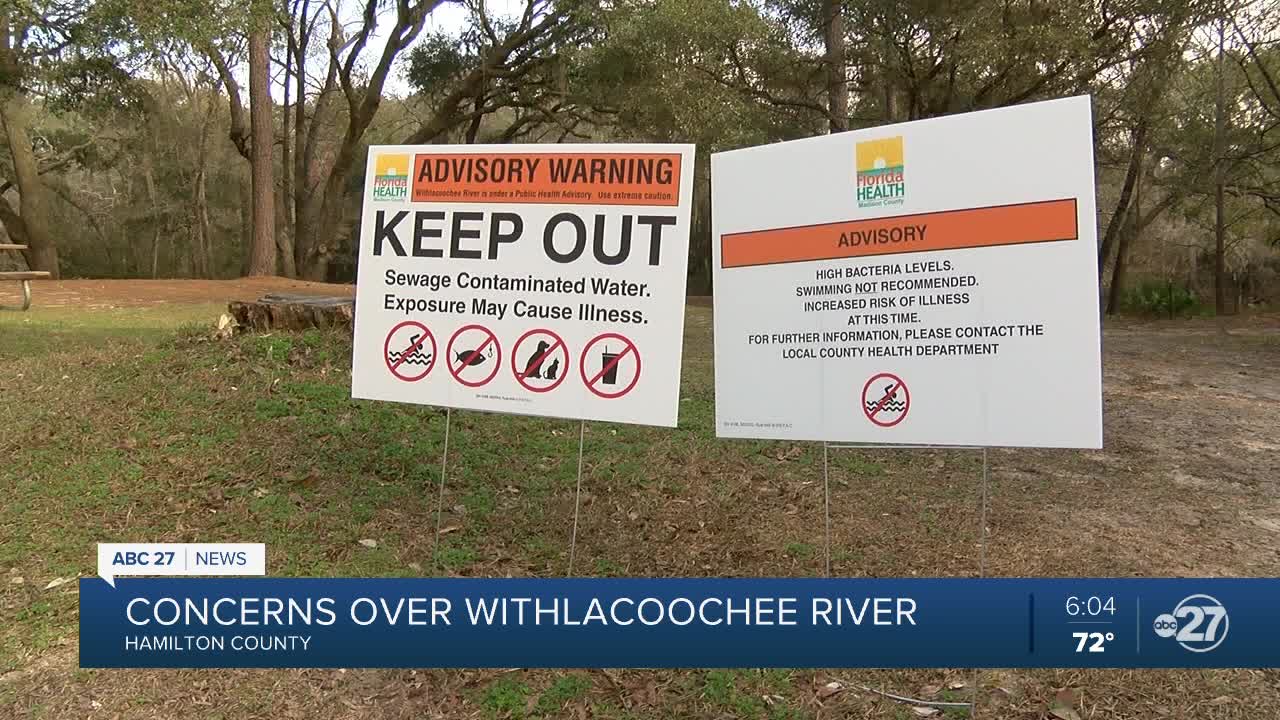 People living on the Withlacoochee River say they're fed up and tired of waiting for the state to clean up the river.

HAMILTON COUNTY, Fla. (WTXL) — People living on the Withlacoochee River say they're fed up and tired of waiting for the state to clean up the river.

This all stems from new concerns raised about fecal matter being present in the water.

Hamilton County residents say they rely on well water to feed animals and the river itself since they live in a rural part of the state.

Families say they've had to put down animals, had health scares of their own, and have been dealing with well water that tests positive for E. Coli for years.

Many say the only solution they're being offered is to pour bleach into their wells. But that could ruin the well, which many say isn't the root of the problem.

They believe the contamination comes from sewage spills out of Valdosta.

Now, this issue has forced them to make more trips into town just to buy water. Many people out here have horses as well, so they're also buying water for them.

"Help supply stuff to the community that's been affected, Charles Strozier, a Hamilton County resident, said. "Bring in trucks to help resupply us with water. That's why we're on well, so we don't have to pay for water like we do in the city."

The Florida Department of Health in Hamilton and Madison is testing the water now, and signs throughout the county are telling people to stay away from the water and wash it off if you do come in contact with it.

It's advice the people living on the river say they're tired of hearing.

"They've said this since I moved here, back in 2017,” said Strozier. “They said its happened a few times on the Withlacoochee. Not only does it affect the community, but it affects the fish when we go out fishing, it affects the deer, the wildlife. It hurts the state of Florida.”