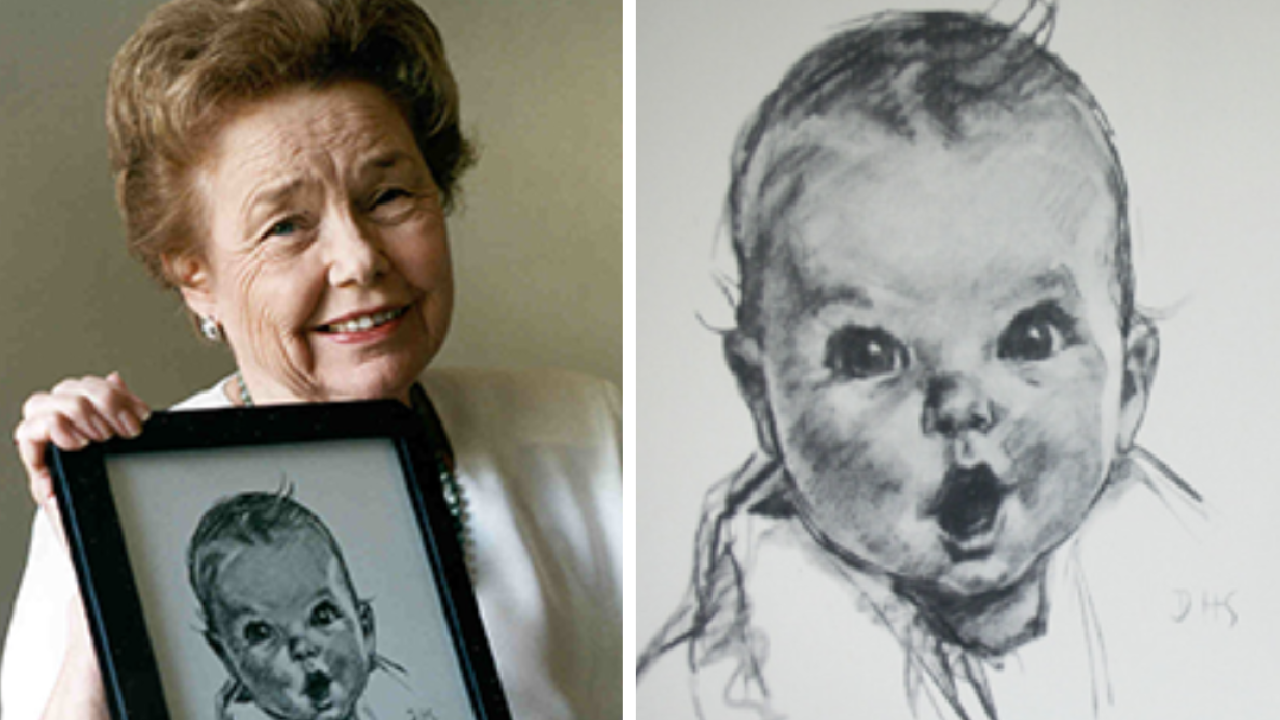 According to the company’s website, Gerber held a contest in 1928 to find an adorable baby face to represent a baby food ad campaign.

The company adopted it as its official trademark in 1931.

The identity of the child who made the illustration so popular was kept secret for 40 years until it was revealed in 1978. By this time, Cook, a Tampa resident, was a mystery novelist and retired English teacher.