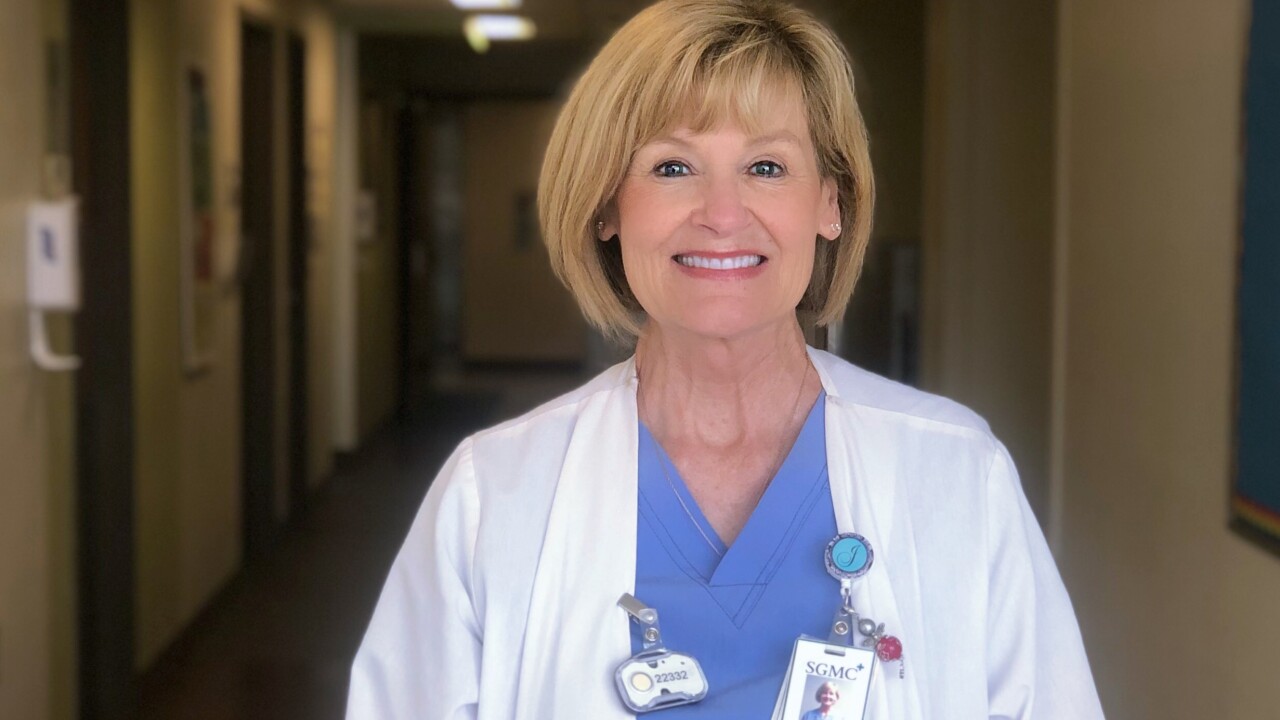 VALDOSTA, Ga. — A Valdosta off-duty nurse has been recognized as a Hospital Hero after she helped save a collapsed man's life.

South Georgia Medical Center officials say several weeks ago, Janice Oliver and her husband were at a local golf course when they noticed a golfer had collapsed.

They say Oliver rushed over to the man and felt for his pulse. When she couldn't find a pulse, she quickly began performing CPR.

Law enforcement and EMS arrived quickly on the scene and transported the man to SGMC.

As a result of Oliver’s exemplary actions, SGMC recognized her as a Hospital Hero at the Hospital Authority meeting on April 17.

They say Oliver has worked for SGMC since 2001. She is a patient care coordinator on 2-T in the cardiac progressive unit.