Not Your Average Sports Anchor 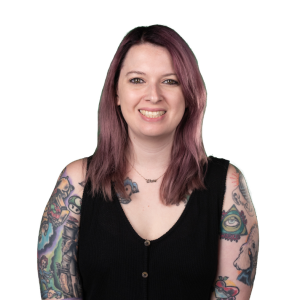 Posey joined the ABC 27 team in 2015, but her history with sports started the day she was born.

Both her parents are athletes and sports fans, meaning Posey has been in the stands since before she could walk and began playing sports at a young age.

“My dad has always been my coach and I was always the only girl on the teams growing up,” Posey said. “Softball wasn’t a thing in Gainesville until I was like 10 so I always played with the boys.”

Her dad proudly loves to tell of when she was young and he overheard a boy tell another little boy how good the girl on his team was.

Taking a job in a male dominated field, Posey is still making a name for herself among the boys and she certainly isn’t doing it for the clout.

Posey not only tells these stories, she lives them. She went to St. Johns River Community College on a softball scholarship and later attended the University of Florida where she played on the club softball team. The highlight of her athletic career was her national win with that team in 2010.

As she watches all the high school and college athletes now, she can remember exactly what it all felt like.

“High school and college sports are my passion, so for me it doesn’t make sense to be in a market where I lose that,” Posey said. “I love seeing kids achieve their dreams. I love following their journey and watching them on signing day and seeing what they become. That’s one of the coolest parts of this job.”

Over her 14 years in the business, she’s watched kids grow up, go on to play in college and get drafted.

“There are several kids that I have covered, boy and girl, that are playing professional sports. It gives me like goosebumps to talk about it. It’s so neat to see people realize a dream,” Posey said.

She may have covered state and national champions, which she said is fantastic, but for her it’s the stories that impact you directly that stick with you.

No story has impacted her more than that of Cam Brown. Brown was a Florida High athlete whose life was cut short by cancerbut, as Posey makes clear, his legacy lives on.

Posey explained that Brown has to get his leg amputated and was back to weightlifting just three days later.

“He had a goal to be the first Division I amputee football player.Unfortunately, that journey didn’t happen,” Posey said. “I don’t think I ever saw him without a smile. He’s one of the most inspiring people I’ve ever met. I can honestly say speaking with him and seeing him live through all the challenges he faced, it changed who I was as a person and it made me want to embrace life. He was a superstar athlete that signed a Division I football scholarship and six months later he wasn’t here. To this day, he has impacted who I am and what I do every day.”

Posey has taken this inspiration and passes it on daily through her reporting, both to viewers and her coworkers.

No one works more closely with Posey than ABC 27 sports anchor and reporter Dom Tibbetts.

Tibbetts said that, while he has many memories with Alison that showcase her leadership ability, he’d be doing her a disservice to pick just one.

“One thing I think our local area needs to know about Alison is her relentless work ethic. This job, given all the teams and schools we cover, demands a lot out of us. I know if I'm working hard, then Alison is working twice as hard,” Tibbetts said. “That's the kind of boss you want to work for. And that's the kind of mentor a young journalist like myself is extremely fortunate to have. From Wakulla to Homerville, there's not a city or small town that she hasn't made an impact on. And I'll forever call that the Alison Posey effect."

While she may not personally call it the Alison Posey effect, she does hope to serve as an inspiration.

“You want to be a television anchor or you want to play your sport in college or you want to be the first female president? You can do it; you just have to put in the work and you have to want it,” Posey said. “I wanted to do this and no one was going to stand in my way.”