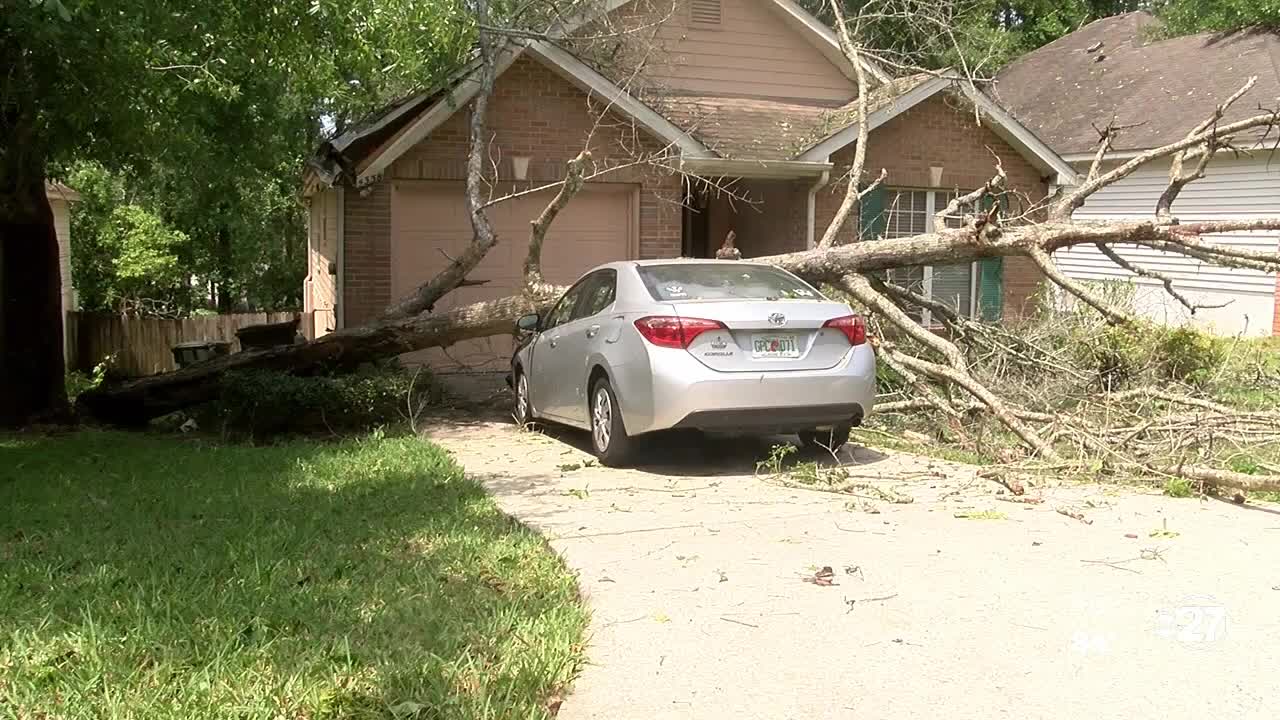 It's been a busy day for workers in the City of Tallahassee, clearing trees knocked down by the EF-1 twister.

TALLAHASSEE, Fla.(WTXL) — It's been a busy day for workers in the City of Tallahassee, clearing trees knocked down by the EF-1 twister.

Sidewalks are full of tree limbs in the Lennox Mill neighborhood. But, just along every street, workers are clearing it all up.

Some of the trees that came crashing down took power lines along with them, knocking out electricity to neighborhoods.

Trees fell onto houses and cars while the wind pulled down street signs and mailboxes. The downed trees are still out but they're neatly piled on the curb.

Tree removal workers are on just about every street getting those trees out of the way.

It's not just those workers out. Neighbors helping each other clean up the damage as well and many say they're not stressing over the damage left behind.

One woman says while it is frustrating to have three holes in her roof, she's happy no one was hurt.

The pastor of Faith Luthern Church, Joel Russow, shared a similar message after seeing the damage to his church.

"This could've been a lot worse for us than it really is," said Russow. "No one was here. No one was hurt. All of this stuff can be replaced. We're really just grateful. Every time you face a hardship, you want to look for the things to be thankful. We're thankful for the blessings we have and also very prayerful for the community. "

Many trees like the ones at Faith Lutheran church will have to stay on the ground a little longer.

That's because they're still damp and its unsafe to move them now.

The Leon County Sheriff's office said one person was killed and another hurt after a tree fell. No other storm related injuries have been reported in the county.