One also touched down in Jefferson 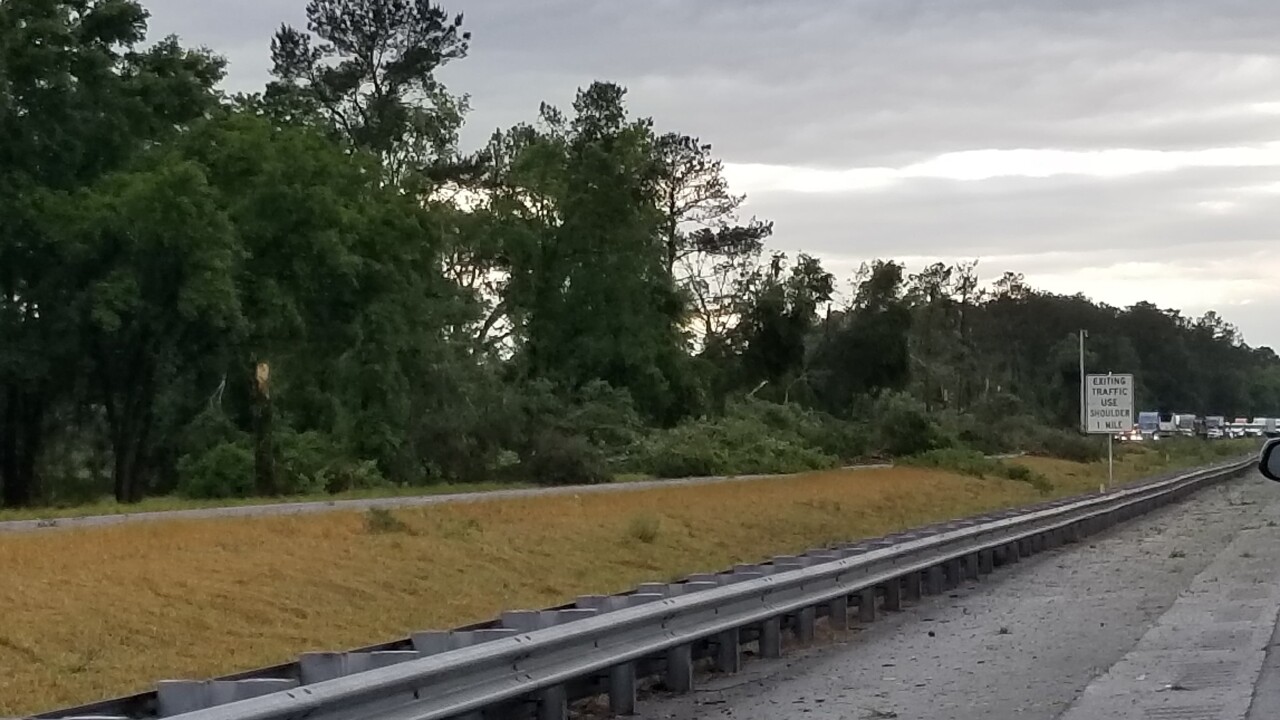 The second was also an EF-1 tornado and crossed onto Sundown Road in Greenville, then went onto I-10. They say that tornado snapped and uprooted "hundreds" of trees and traveled along Highway 306A after traveling the ground for 11 miles.

NWS says the third was a brief EF-0 tornado that blew in the roof of an unidentified business in southeastern Madison County, causing significant water damage inside the business.