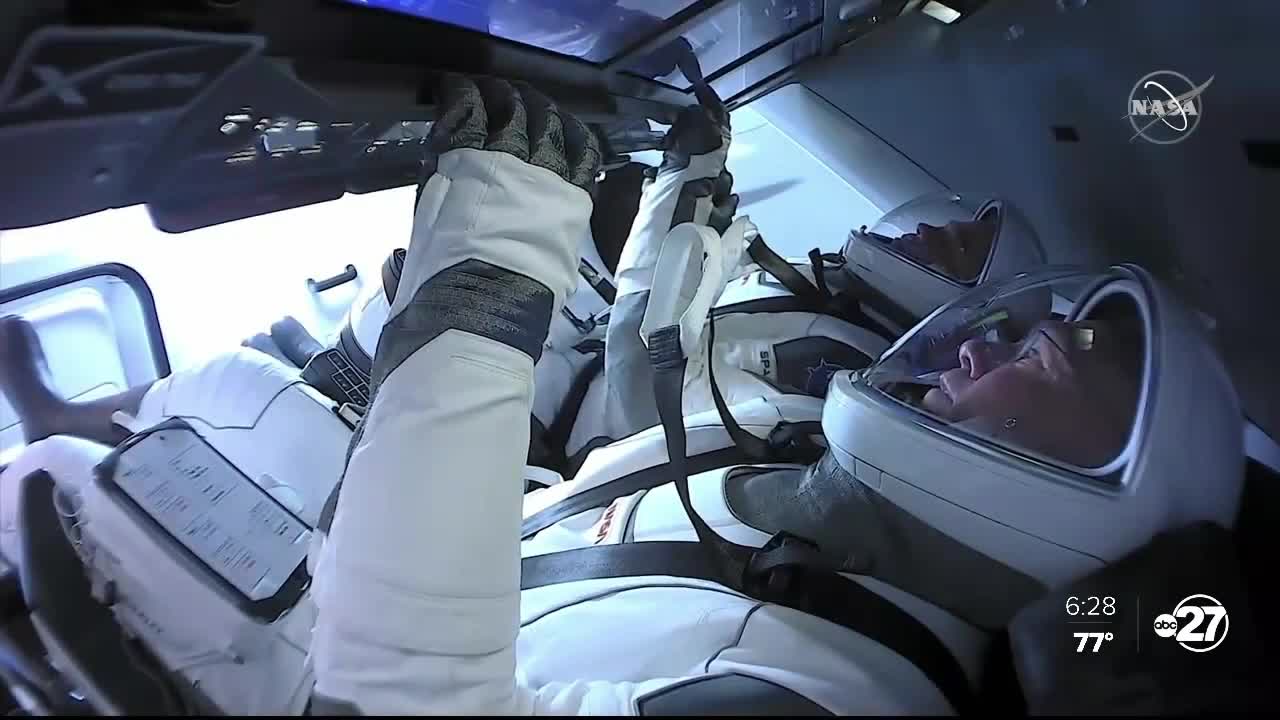 (WTXL) — History could be made right here in the Big Bend this weekend.

For the first time in 45 years, a NASA spacecraft with two American Astronauts on board will splash down off the coast of Florida.

The exact location of where the SpaceX Crew Dragon spacecraft will splashdown hasn't been announced yet.

However, one of the seven potential locations is right here off the Big Bend coast.

Of course, astronauts and crews at NASA are monitoring Hurricane Isaias which will have major impacts along the eastern Florida coast this weekend.

"As with any tropical system there, even with today's technology, they are somewhat unpredictable. They wobble, they move...the center moves. You know you have fronts that affect them and where they go and that obviously has an affect on our landing area," Astronaut Doug Hurley explained.

Other potential splashdown locations along the gulf include Pensacola, Panama City, and Tampa Bay.

The spacecraft will splashdown on Sunday.