Antwann Brown is being held without bond 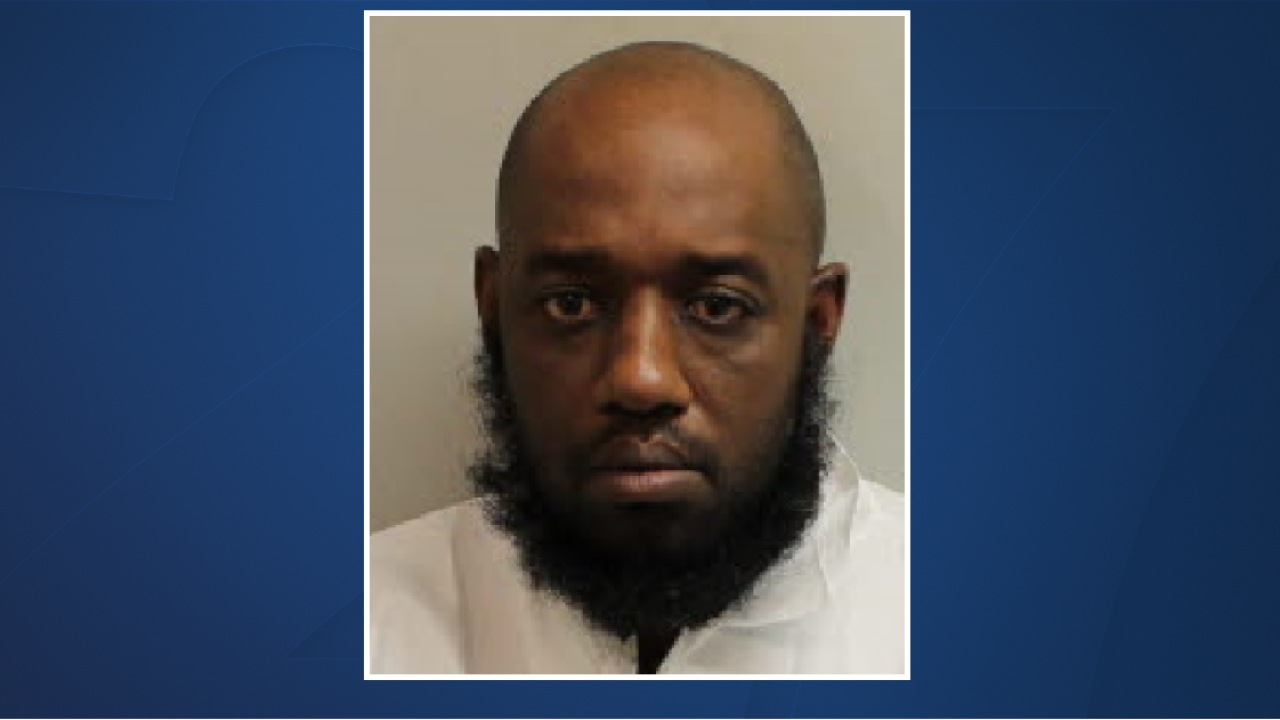 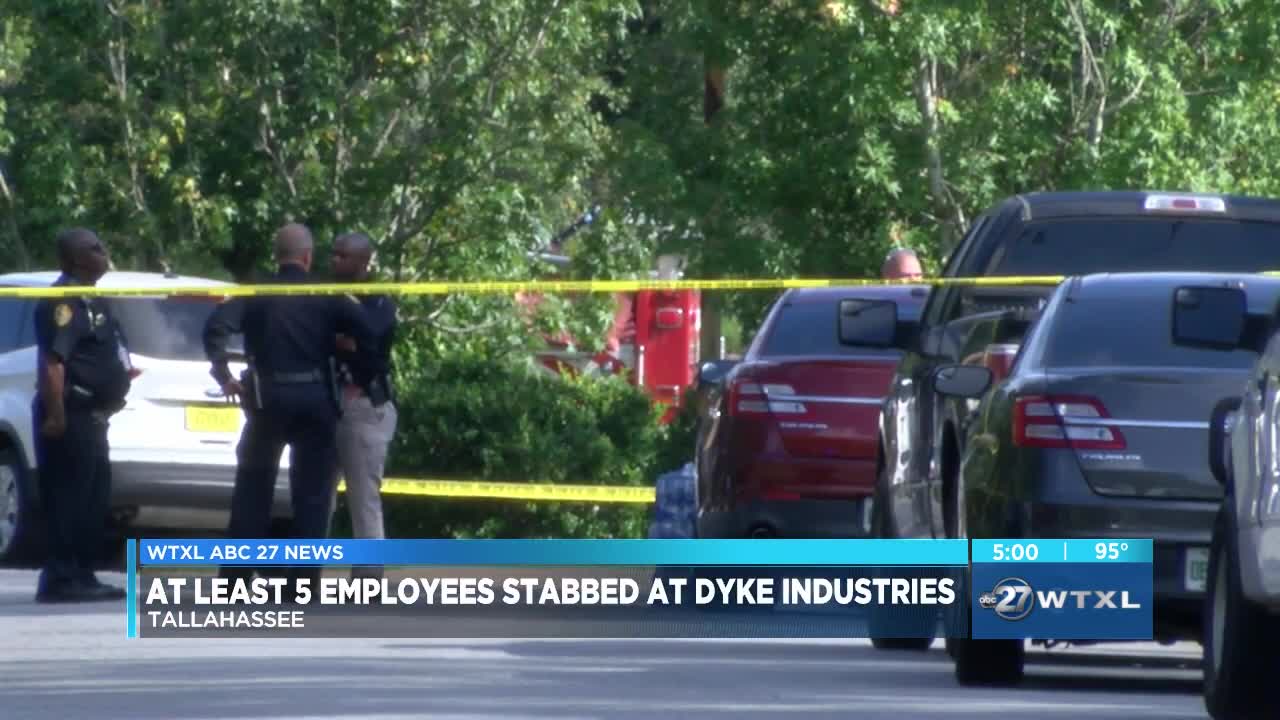 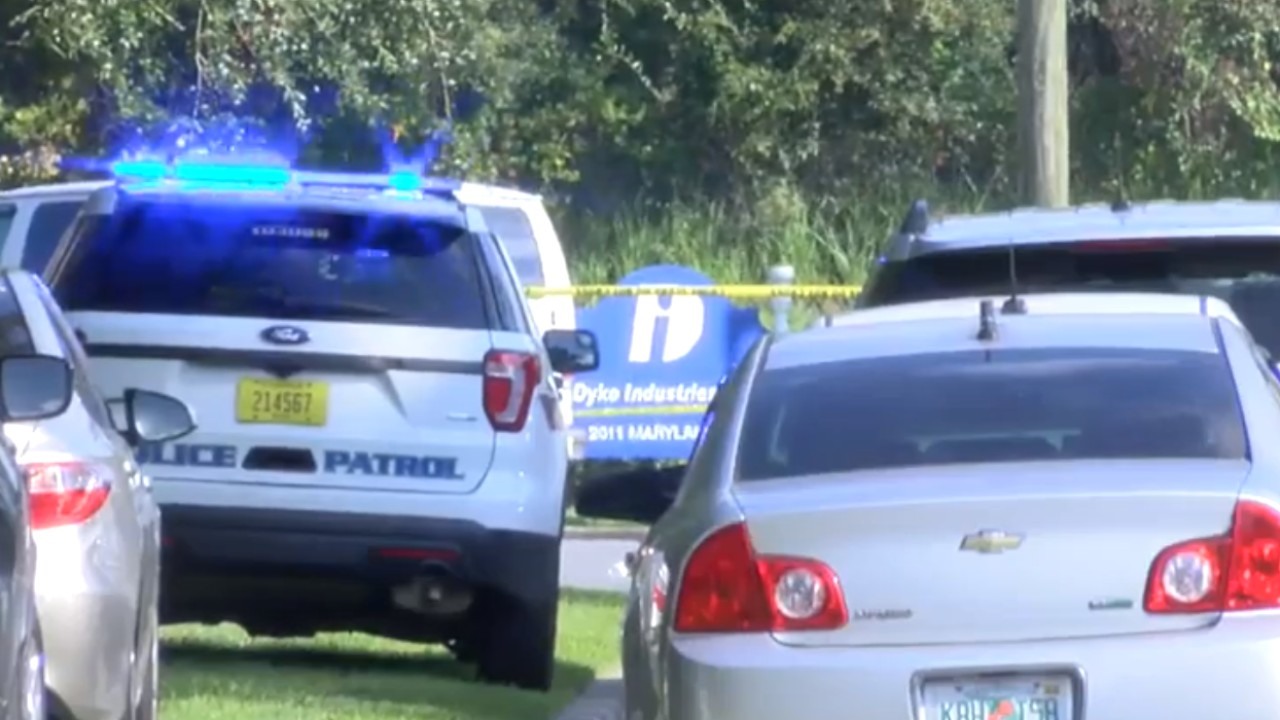 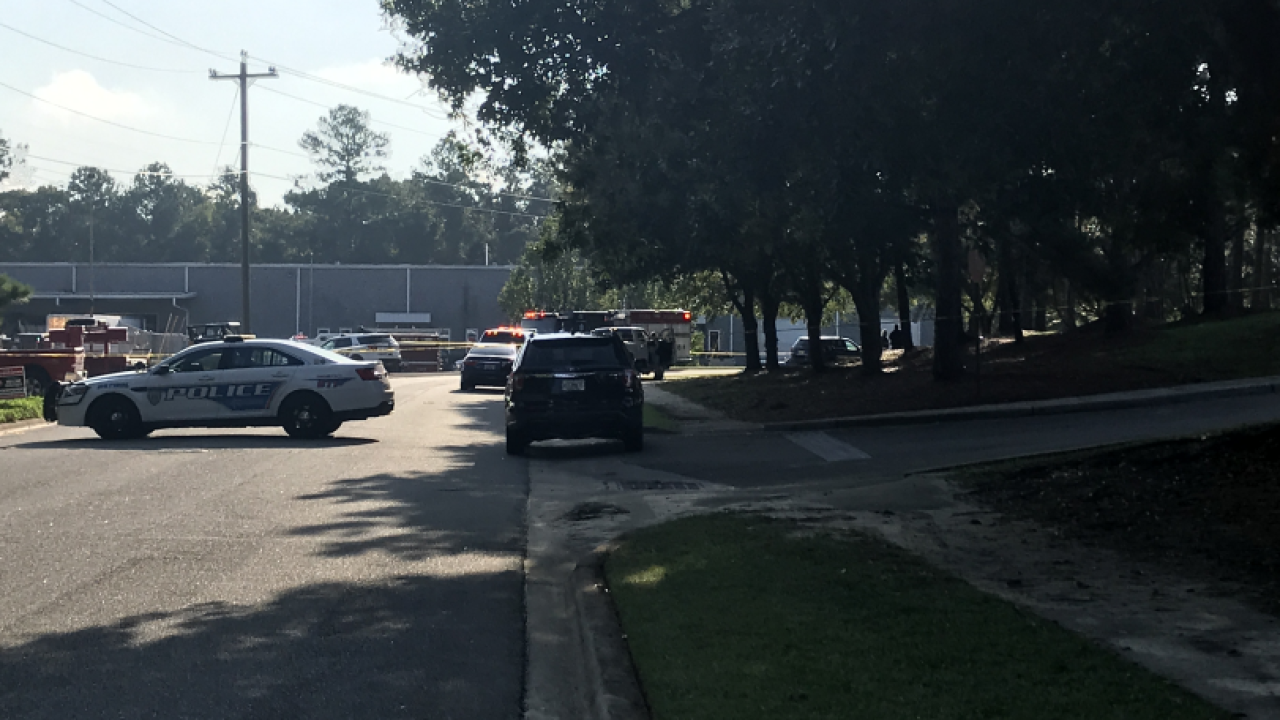 He has been charged with five counts of attempted murder and one count of aggravated assault with a deadly weapon.

Brown is currently being held in jail without bond until his trial starts.

An unredacted report reveals that the man suspected of stabbing five people at Dyke Industries "wigged out" before the incident and saw "demons" in the people he stabbed.

According to the unredacted report, 41-year-old Antwann Demetris Brown told investigators that when he arrived at work after using his friend's car to go buy a drink, he felt like everyone was talking about him.

Brown didn't mention the altercation he allegedly had with his supervisor and told investigators that he left the business and went to a nearby area to pray.

"Brown told us he had a 'gift' which allowed him to see into a person's soul," documents say. ".... Brown used his 'gift' to determine Pastor Harris' stole Brown's ability to sing." When he called his pastor, Brown said he confronted the pastor "because his soul was evil."

After the phone call, Brown said he went back into the business and described to investigators how he entered a dark place, "wigged out" and began to stab everything in front of him.

"Brown told us he was able to see demons in the persons who he stabbed," investigators wrote in the arrest report.

They say Brown was able to describe the attack in detail and described how some of the victim he attacked fought back ineffectively. He stated that the victims were "scared" and provided details on how some of the people he stabbed had wronged him.

Brown is facing five counts of attempted first-degree murder and one count of aggravated assault with a deadly weapon.

A suspect is in custody after five people were stabbed at Dyke Industries in Tallahassee.

Investigators say the stabbing suspect, 41-year-old Antwann Demetris Brown, had been working at Dyke Industries for about three and a half months.

In a first appearance hearing Thursday morning, the court agreed to hold Brown in jail without bond based on the determination that he places a threat to the community.

41-year-old Antwann Demetris Brown, who is a suspect in the stabbing of multiple people at Dyke Industries on Wednesday is being held without bond. He’s facing 5 counts of attempted 1st degree murder and 1 count of assault with a deadly weapon. @abc27

In an arrest report released Wednesday night, investigators wrote that Brown rode to work with a coworker who said Brown was in "good spirits," before they arrived at work.

A witness told officers that before the stabbing incident, Brown's supervisor was speaking to another supervisor "in a coded manner" about firing Brown when the alleged stabber confronted his manager.

"The confrontation escalated and Brown indexed his pocket," investigators wrote in the report. "[The witness] was afraid Brown would retrieve a weapon, so he armed himself with a piece of wood." The supervisor then told Brown to clock out and go home.

According to the police report, Brown clocked out around 8:20 a.m. and asked to use the office phone before leaving the business but he was told he couldn't.

That's when Brown walked across the street from Dyke Industries and called his pastor begging for forgiveness and to pray for him. After his conversation with Brown, documents say the pastor was concerned and reported the conversation to the police.

After the phone call, document say Brown walked back to Dyke Industries where he began the spree of violence. The first victim, who was there for a job interview, told police that he asked Brown if he was a manager before Brown responded by stabbing him.

The second victim said he confronted Brown when he saw the attack outside the business and told him to leave. Brown didn't, however, and stabbed that victim as well inside the main office area.

A third victim heard the attack and tried to help the second victim, but was stabbed multiple time by Brown in the process, documents say.

An employee who was in the warehouse heard the attacks unfold and came into the office area. When he saw Brown on top of the third victim, the victim shoved Brown off.

Another employee, who told police they were close friends with Brown, heard the attack and went to help. When the employee arrived, they saw one of the victims hit Brown with a piece of molding before being stabbed again. The employee tried to separate Brown from the victim but was also stabbed in the process.

Another victim also heard the attacks and called 911 when Brown approached them while armed with the knife. Police say the victim pleaded with Brown for their life, and Brown responded by saying, "I'm going to spare you this time," and left the business.

The police report states that one of the people who called 911 described Brown as a bearded man clad in a Florida Gators shirt who was "stabbing everyone." When Brown ran away from the scene, arriving officers quickly apprehended him about a block away from Dyke Industries, just 10 to 15 minutes after the first stabbing.

"As he was leaving some of the employees armed themselves with whatever they could, sticks whatever building materials they had inside and held him at bay which delayed his escape," Outlaw said.

However, investigators say Brown "spontaneously" stabbed five people with a folding knife after getting into a verbal dispute at the office shortly after clocking into work at 8 a.m.

"From what we know now, he appeared that he actually sought out certain victims as they were not on a certain line as he was making his way through the workplace," Outlaw said at the Wednesday afternoon press conference.

At this time, police don't believe the incident was related to 9/11.

Brown is facing five counts of attempted first-degree murder and one count of aggravated assault with a deadly weapon.

Police say that Brown has a prior record connected to a violent incident in Georgia, but indicated that the incident was not recent. According to the Florida Department of Corrections, Brown's criminal history includes drug dealing and grand theft dating back to 1996. He was most recently released from prison in July 2009.

Wednesday, Tallahassee Memorial HealthCare said one of the victims is in serious condition, two are in fair condition, and two others are in good condition.

In a statement sent to ABC 27 on Thursday, Tallahassee Memorial HealthCare said it "has four patients from the incident in our care. All four are in good condition."

We spoke to one victim who says he wants to know where the security was that monitors the industrial park area. He said sees them from time to time but they were not there on Wednesday.

Other witnesses ABC 27 spoke to were shaken, one telling us they saw a man who they believed to be the suspect pacing back and forth along the side walk. Next, they saw people chasing the man through the parking lot. That witness did not want to go on camera but said he knew something was wrong.

According to the company's website, Dkye Industries operates as a distribution outlet for building materials.

This case has been assigned to investigators with TPD's Violent Crimes Unit. Investigators are asking anyone with information about this case to please call them at (850) 891-4200 or Crime Stoppers at (850) 574-TIPS.