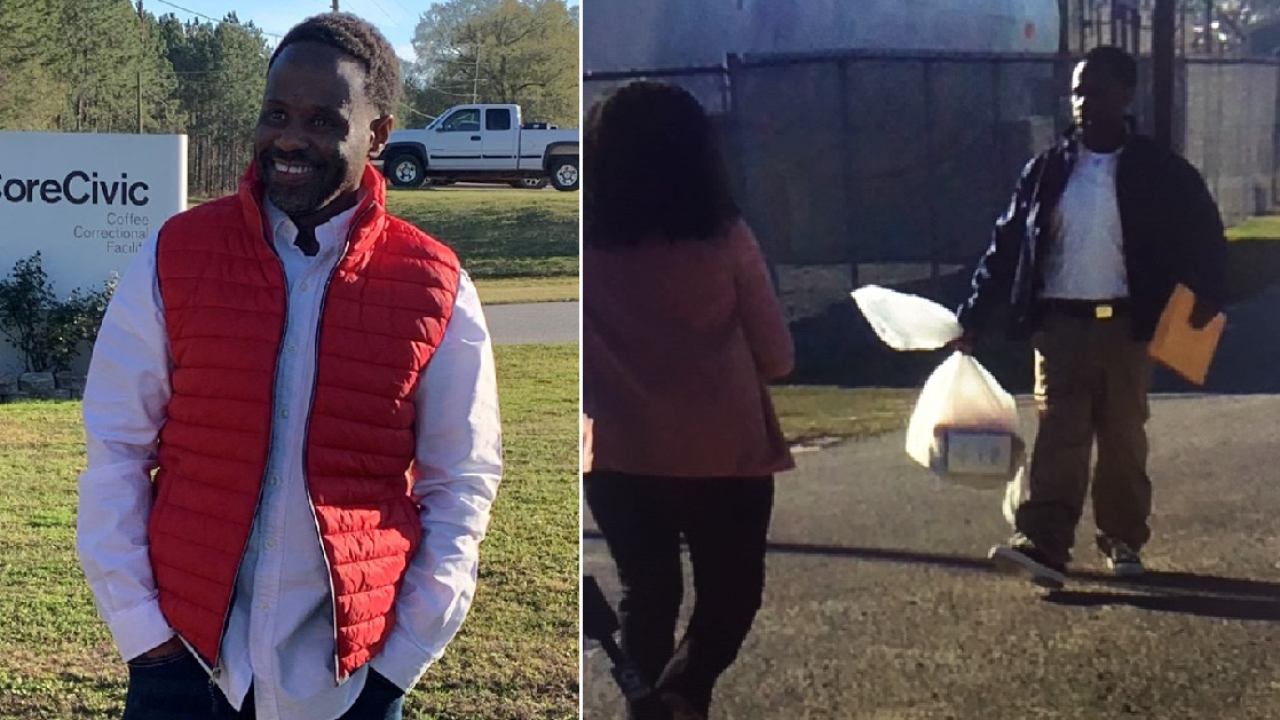 Kerry Robinson, 44, is a free man after being wrongly convicted of rape nearly 18 years ago. (Source: Georgia Innocence Project)

MOULTRIE, Ga. (WTXL) — A Moultrie man who spent almost 18 years in prison for a crime he didn't do is now walking free after a DNA test proved he was wrongly convicted.

At approximately 3:30 p.m. on Wednesday, Kerry Robinson, 44, walked out of the Coffee Correctional Facility a free man, after spending nearly 18 years in prison for a rape that he did not commit.

According to the Georgia Innocence Project, three teens broke into a 42-year-old Moultrie woman's home on February 15, 1993 and brutally raped her at gunpoint.

Tyrone White, one of the people who was arrested for the crime, accused Robinson of committing the deed. The jury convicted and Robinson was sentenced to 20 years in prison for rape, partly because of what the Georgia Innocence Project called a "faulty forensic expert testimony."

The sexual assault kit collected from the rape victim included a mixture of DNA from up to four different people including Tyrone White. However, the Georgia Innocence Project says the analyst testified, "there was a 'very, very low' likelihood that similarities between the DNA mixture and Robinson’s DNA could be explained by random chance."

DNA scientist Dr. Greg Hampikian sent the DNA data from Robinson’s case to be analyzed, the results confirming that the GBI trial testimony was wrong.

The organization says Robinson filed a motion for a new trial presenting the new DNA test results in September 2019. District Attorney Shealy then reexamined the case, joining Robinson's counsel in asking the court for his release.

Now, Robinson, a father of two, has walked out of prison a innocent and free man.