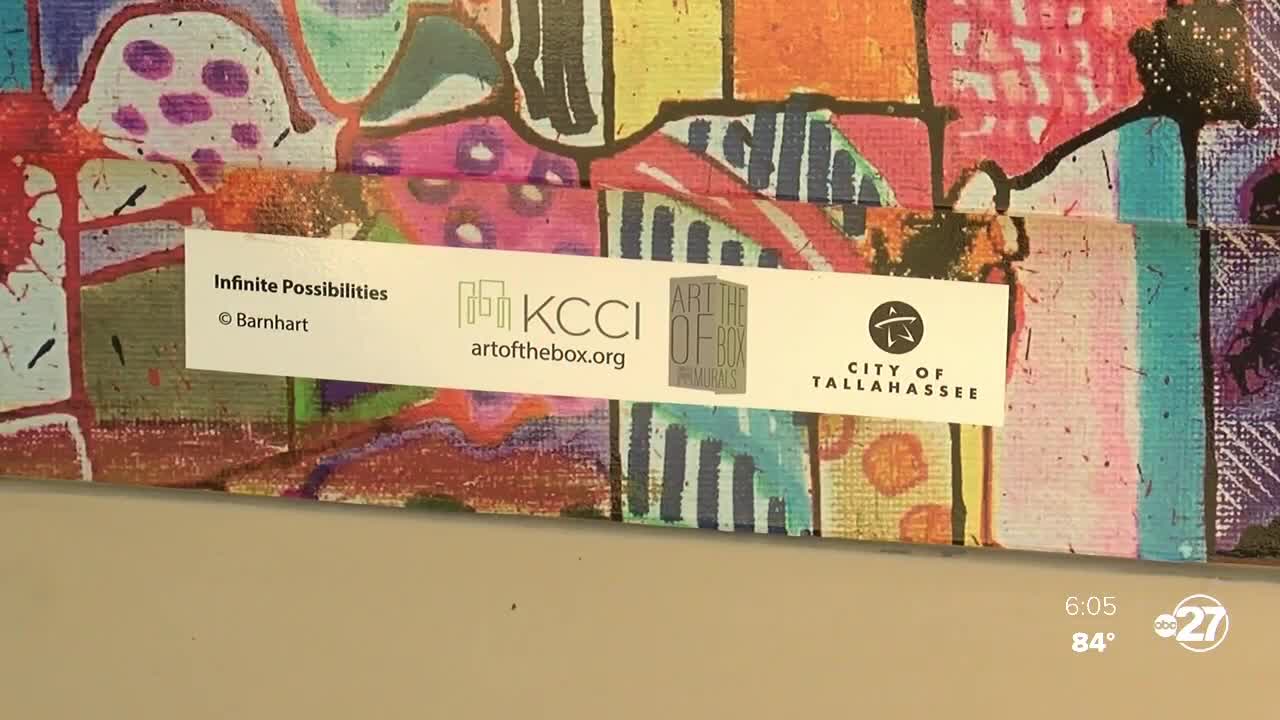 Efforts are underway to brighten up Tallahassee, from adding pops of color to unusual places to honoring a civil rights legend.

TALLAHASSEE, Fla. (WTXL) — Efforts are underway to brighten up Tallahassee, from adding pops of color to unusual places to honoring a civil rights legend.

The Art of the Box program is sponsored by the Knight Creative Communities Institute. Six traffic control boxes are showcasing the talent in Tallahassee, putting Tallahassee on a map other cities have with an app to take you on a tour to find them all.

"One person is like, 'Oh, I see so many people,'" said artist Christopher Barnhart. "The next person is like, 'Are those flowers?' You just never what the interpretation may be and, for me, it's such an inspiration to see people drawn to it."

Barnhart is one of only six artists chosen by KCCI and the City of Tallahassee to put their touch on a traffic control box.

"We wanted to look at a way to give local economic incentives and empower them to showcase their art in public spaces," said Betsy Couch, the Executive Director at KCCI.

"To have such a tremendous and prominent corner right down the street from the State Capital is such an opportunity," Barnhart said.

Thanks to national nonprofit Keep America Beautiful, Martin Luther King, Jr. Boulevard is also getting a facelift. It's part of a nationwide project to honor all that he did.

Mayor Pro Temp Dianne Williams-Cox says it's the perfect way to honor all that Dr. King did for Tallahassee.

"A lot of people don't know that Dr. King frequented Tallahassee quite a bit," said Williams Cox. "He and Dr. Rev. C.K. Steele helped with the bus boycott and other things that happened in this city. I'm so glad that we can help commemorate everything he did for Tallahassee."

A $13,000 grant will support art projects, clean up efforts, and landscaping on the street.

That money will add benches, new signs, and even promote neighborhood cleanups in the 2.7 miles stretch of road.

It'll also add more color to the sidewalks and driveways right in the middle of Frenchtown.

"Beauty is in the eye of the beholder," said Williams Cox. "We believe that Frenchtown is a very beautiful place. To have art to accent that beauty is the cream on the top."